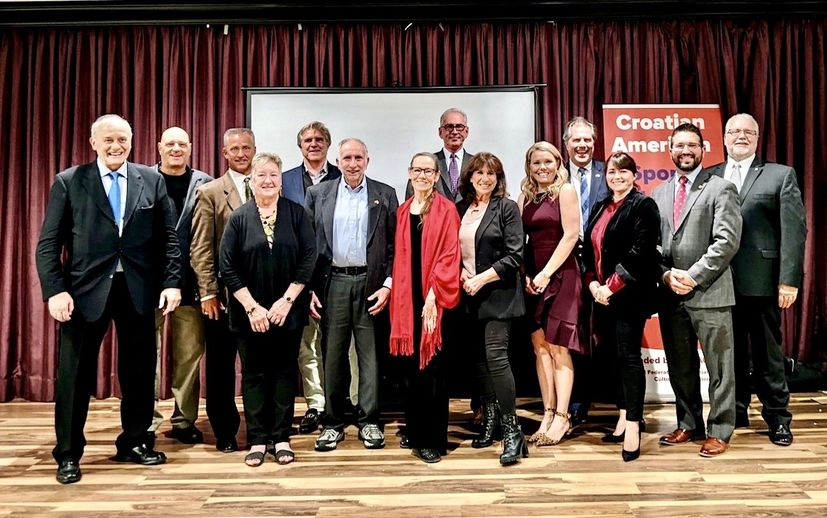 Organized by the National Federation of Croatian Americans Cultural Foundation (NFCACF), recognition was given to Croatian-American athletes in Cleveland on Sunday night in a very special event.

The Croatian-American Sports Hall of Fame is under the auspices of the National Federation of the Croatian American Cultural Foundation based in Washington D.C. 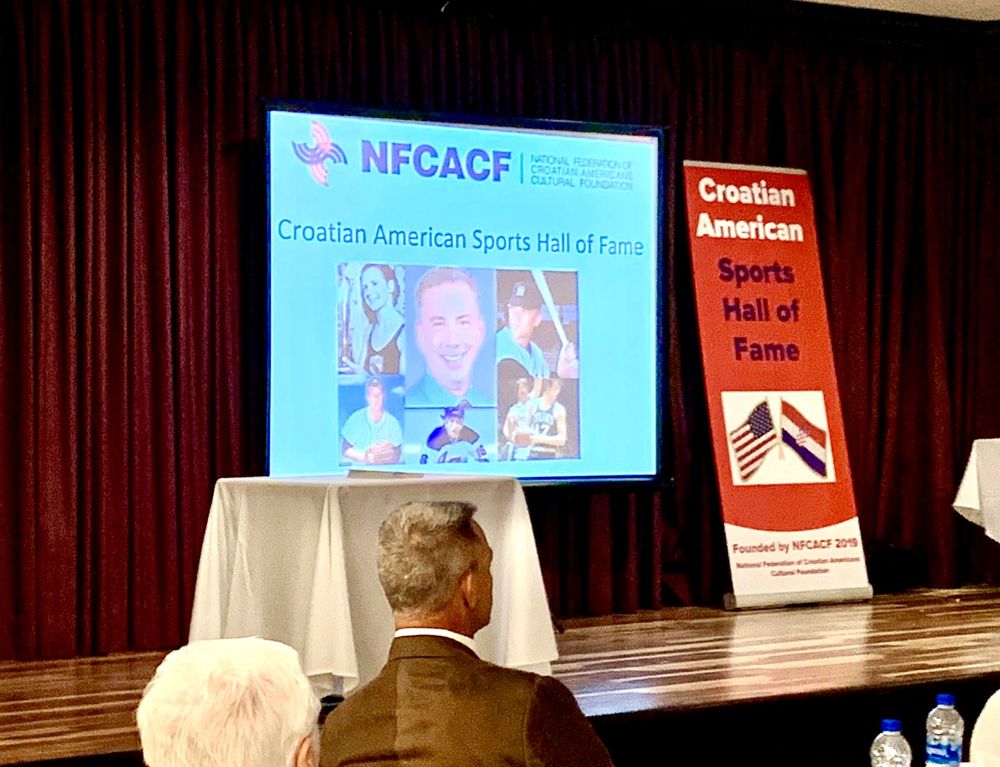 The program was opened by Vedran Nazor, who greeted all present before the president of NFCACF, President Steve Rukavina, spoke, noting that the Croatian Fraternal Community in Pittsburgh is a key partner in the creation of the Croatian-American Sports Hall of Fame. 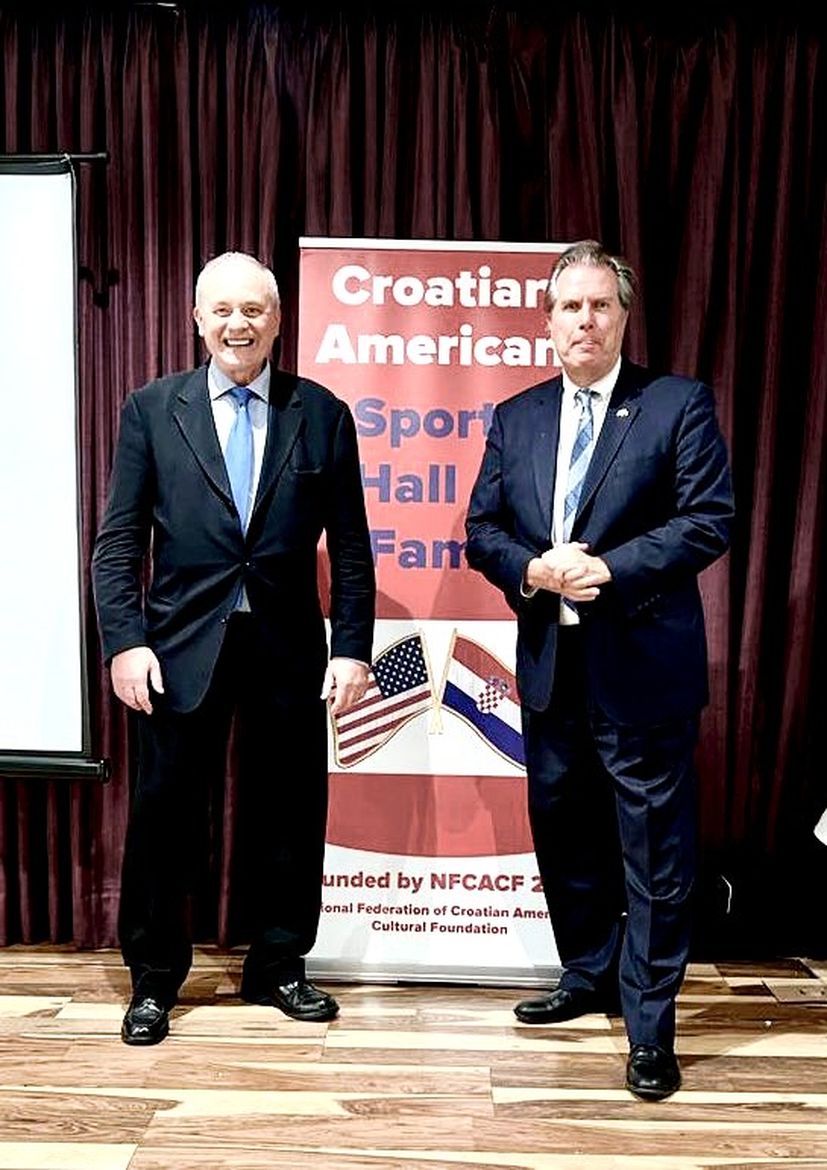 The program was hosted by Jerome Jurenovich, a longtime CNN sports journalist.

1. Helen Crlenkovich – diving – was born in 1921 and became the best national diver on the 3-meter springboard and 10-meter platform. She performed multiple jumps that at that time were performed only by men. She died of cancer in 1955 in Brbank, California.

2. Fred Couples – golf – his mother was of Croatian origin and his paternal grandparents immigrated from Italy, he became a professional in 1980 and won 15 PGA Tour victories, the Players Championship in 1984 and 1996.

3. John Havlicek – basketball – In 1960 he was part of the Ohio state championship team, he continued his stellar 16-year NBA career with the Boston Celtics. He competed in 8 NBA championship teams and was a 13-time All Star and MVP of the NBA Finals in 1974. He died in 2019.

4. Mickey Lolich – baseball – His grandfather and grandmother, Mijo and Luca Lolich emigrated from Split. Micky played 16 seasons in the Majors, mostly for Detroit. He finished with a 217-191 record and a 3.44 earned run average. During his career, he played 195 games and placed 41 shots. A three-time All-Star, Lolich won three games in the 1968 World Series.

5. Roger Maris – baseball – he is from Minnesota, he is the son of the first generation of American-Croats, he grew up in North Dakota. He broke into the Majors with Cleveland in 1957. Maris died of cancer in 1985 at the age of 51.

6. Kevin McHale – basketball – after an excellent career at the University of Minnesota, McHale had a great thirteen-year career with the Boston Celtics. With the Celtics, he won championships in 1981, 1984 and 1986. He averaged 17.9 points, 7.3 rebounds and 1.7 blocks.

8. Mark Pavelich – hockey – his grandfather Mike and grandmother Annie emigrated from Croatia. Pavelich was a member of the famous American Olympic hockey team in 1980, which defeated Russia. The team won the gold medal. Pavelich played seven years in the NHL. He also played professionally in Europe. He retired in 1992. He died in 2021.

9. Joe Sakic – hockey – was born in Canada in a family of Croatian emigrants. He was an All Star with the Colorado Avalanche and is their Executive  Vice President of Hockey  Operations. He led the Avanches to Stanley Cup titles in 1996 and 2001 and was the league’s MVP in ’01. He also competed at the Olympic Games in 1998, 2002 and 2006.

10. Joe Stydahar – football – Pennsylvania native who played college football at West Virginia. He continued his career with the Chicago Bears. In 1939, United Pressga ranked him as the league’s best hitter. In the 1950s, he coached the Los Angeles Rams and the Chicago Cardinals. Stydahar died in 1977. 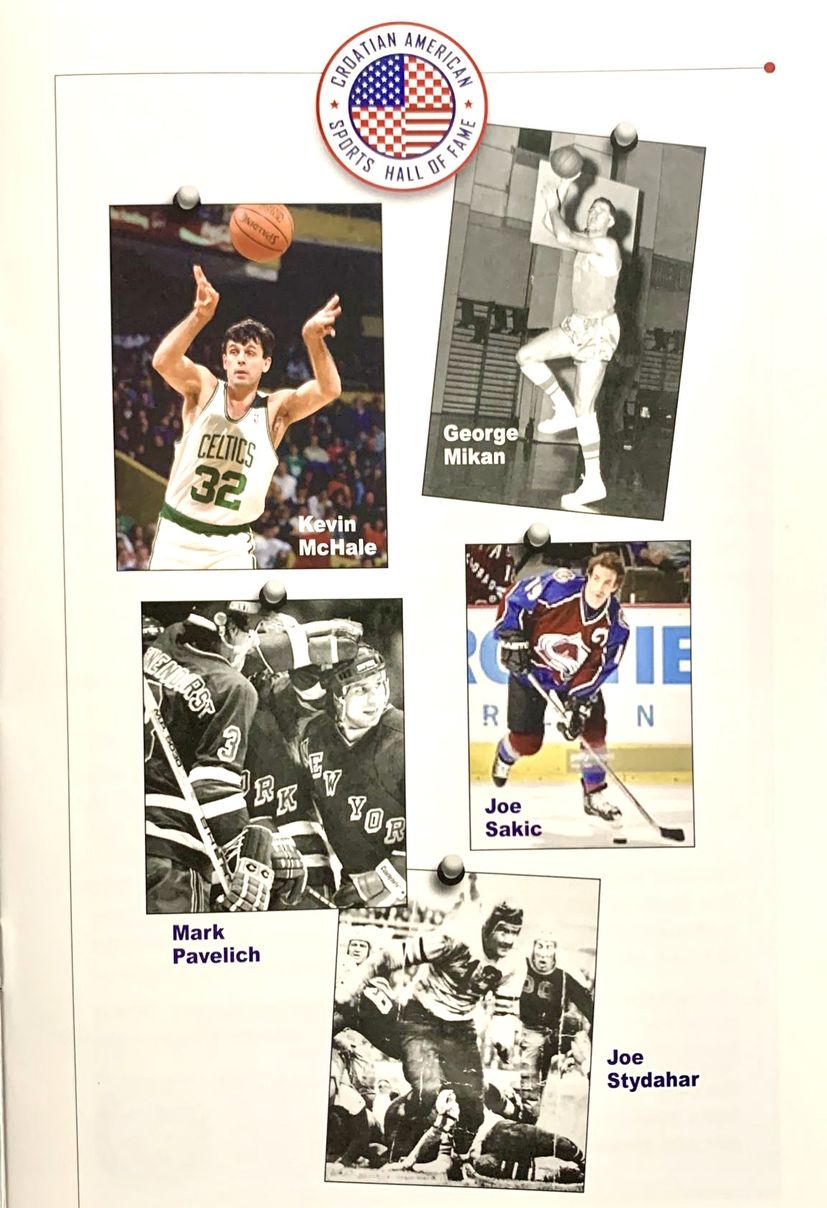 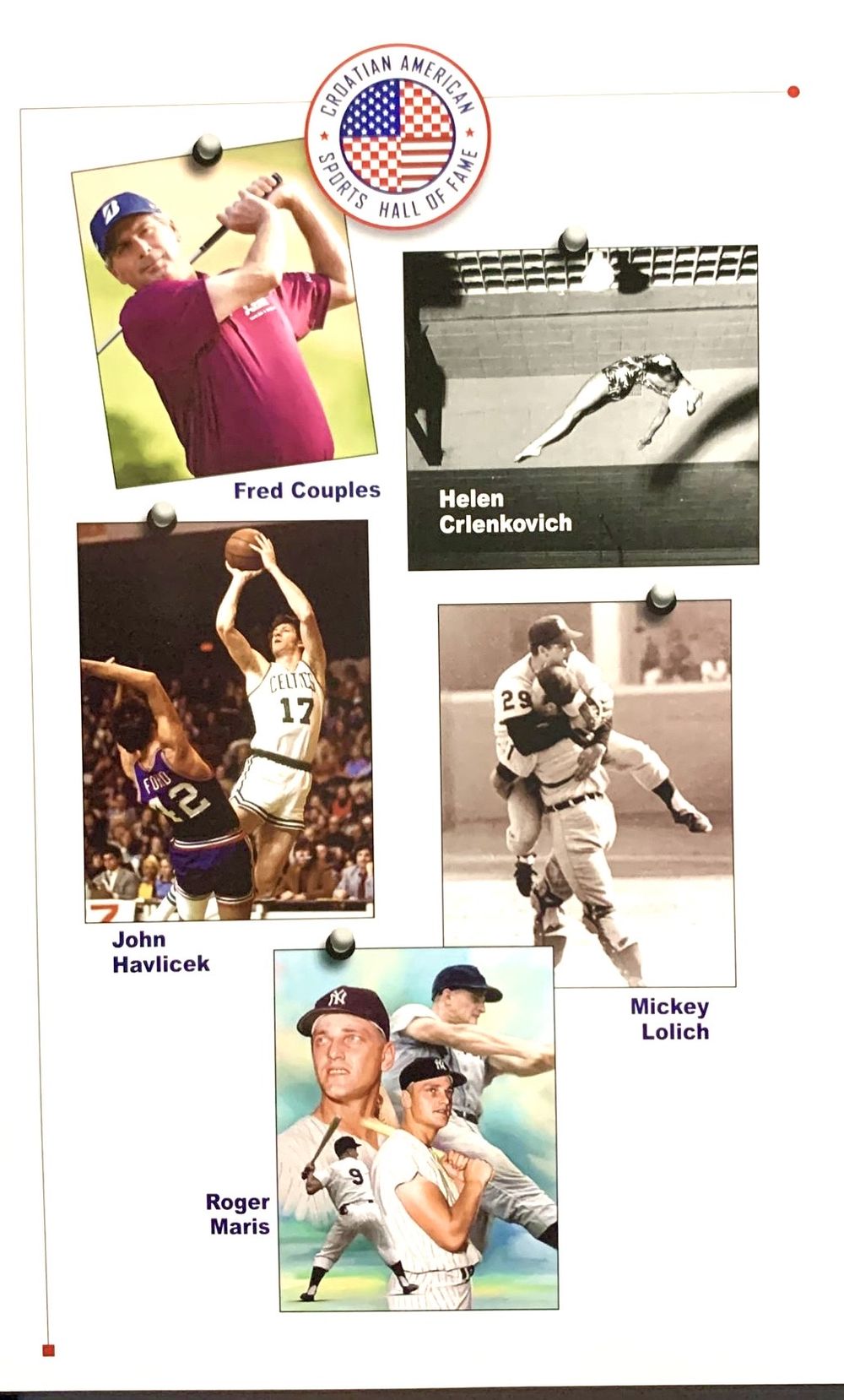 The families of the athletes, who accepted the awards on their behalf, emphasized their Croatian roots very emotionally, being extremely proud of their Croatian origin and connection with Croatia. 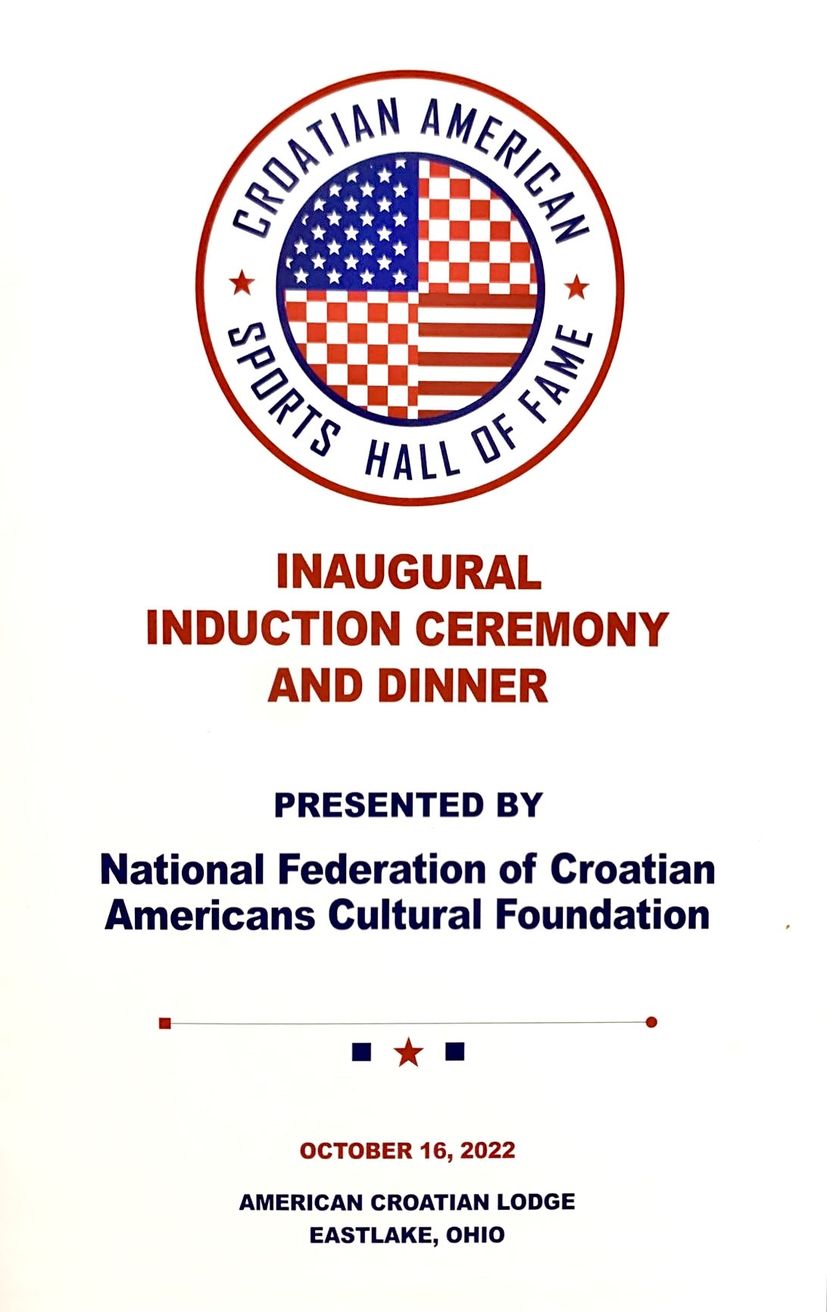 You can listen to an exclusive report from this unforgettable event on Saturday on the airwaves of the Croatian Radio Club NY “Voice of Free Croatia”.