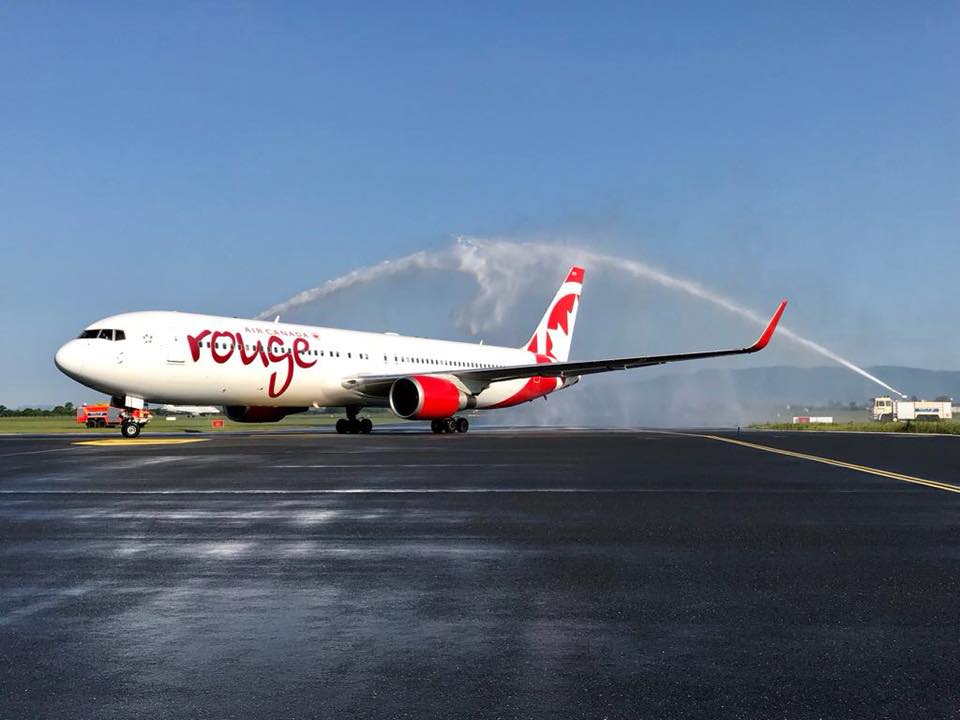 Air Canada Rouge has touched down in Zagreb this morning for the first time on its new non-stop service to the Croatian capital.

Air Canada Rouge was welcomed with a water salute as it commenced the new seasonal service from Toronto to Zagreb on Sunday. Flights will operate four times weekly, departing Toronto for Zagreb on Tuesdays, Wednesdays, Thursdays, and Saturdays. They will run the service until 7 October 2018. The airline will offer a total 20,586 seats each way between Toronto and Zagreb during that period. The inaugural flight which landed this morning had over 200 passengers on board and marked the return of the Air Canada brand to Croatia after 27 years. “We are satisfied with advanced bookings for our new Zagreb service. This is why we have allocated four weekly frequencies to this route, which is primarily targeted at leisure travellers. This new service will also make it convenient for family, friends and relatives to visit one another by connecting through our Toronto Pearson global hub on our extensive network”, Air Canada Rouge said. 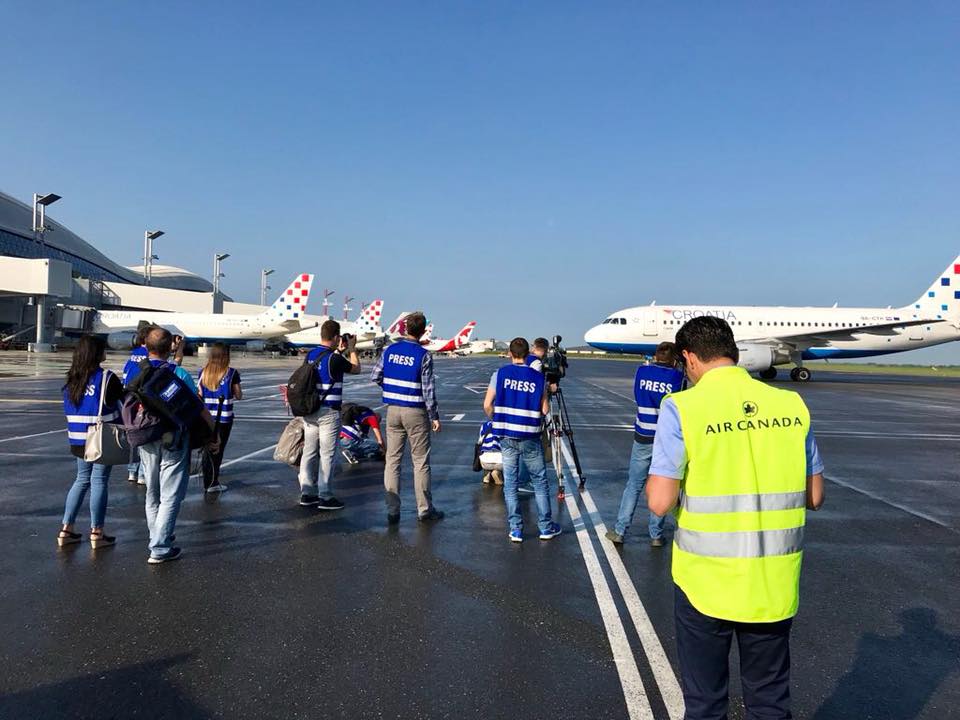