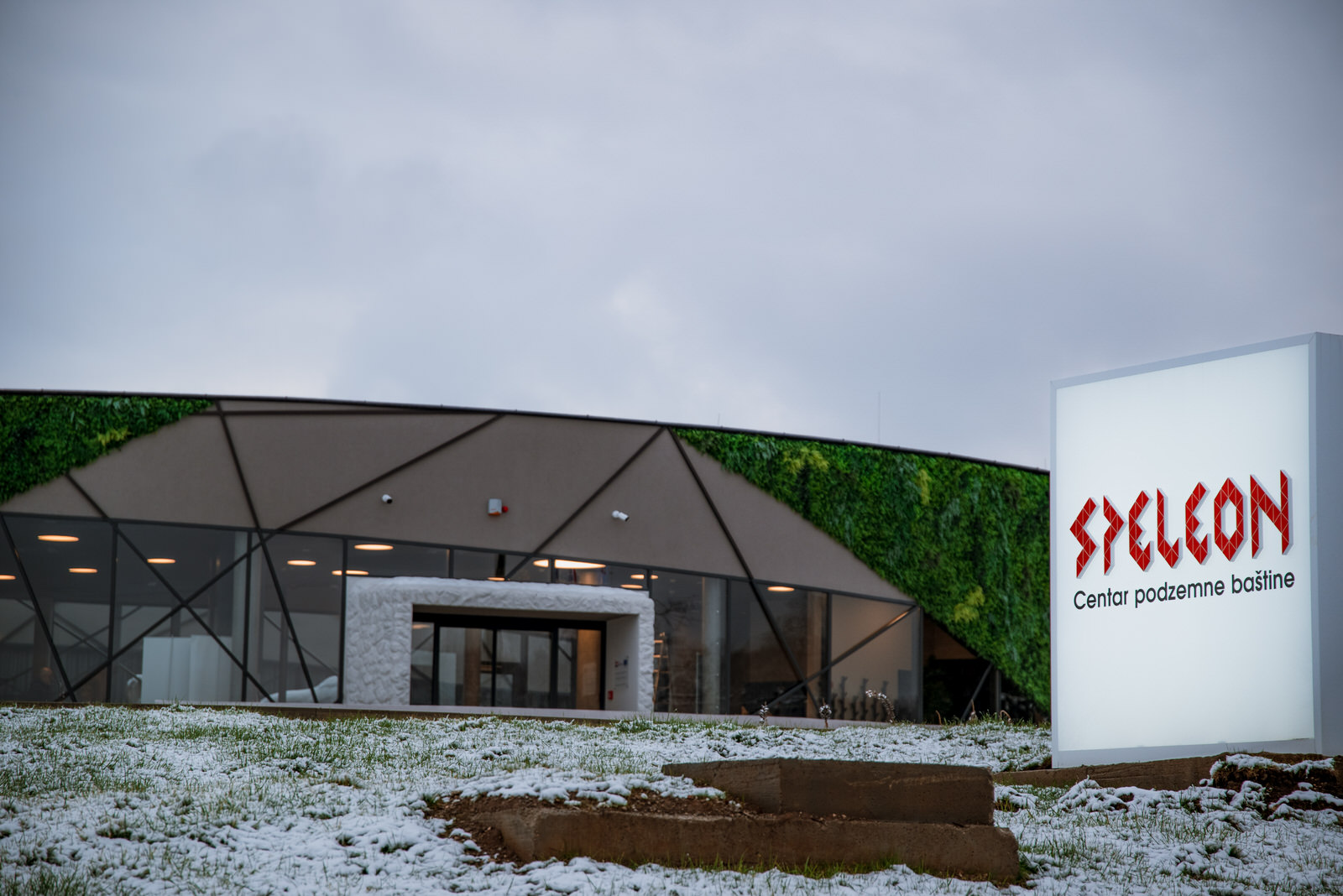 The Barać Caves are the most famous attraction in Rakovica, just north of Plitvice Lakes in Croatia.

The impressive SPELEON – Centre of Subterranean Heritage, which is dedicated to the underground natural beauty of this area opened on Monday in Rakovica.

This is the end of a large project co-financed with grants from the European Cohesion Fund, which is carried out by the Barać Caves Public Institution – for the management of protected natural values in the area of the municipality of Rakovica, and with which, after several years of demanding work, the area of the Barać Caves and the municipality of Rakovica got a truly imposing tourist attraction.

The magnificent Speleon is a circular object that covers an area of 1200 m², of which 850 m² is intended for a permanent exhibition that presents the natural and cultural heritage of the area through four themes – speleology, geology, archeology and paleontology.

Barać Caves are a well-known site of numerous remains of animals from the Ice Age, and so far visitors in Gornja Barać Cave have had the opportunity to see the remains of a cave bear that evoke the place where this Pleistocene beast was found.

But until today, they could not see what all those animals really looked like. In the atrium of Speleon, there is an answer to this question, because there visitors can see hyperrealistic replicas of exotic animals that no longer inhabit these areas, but lived there during the Ice Age.

Visitors to Speleon can also meet a woolly rhinoceros, a cave lion, a cave bear, a wolf and a hyena. 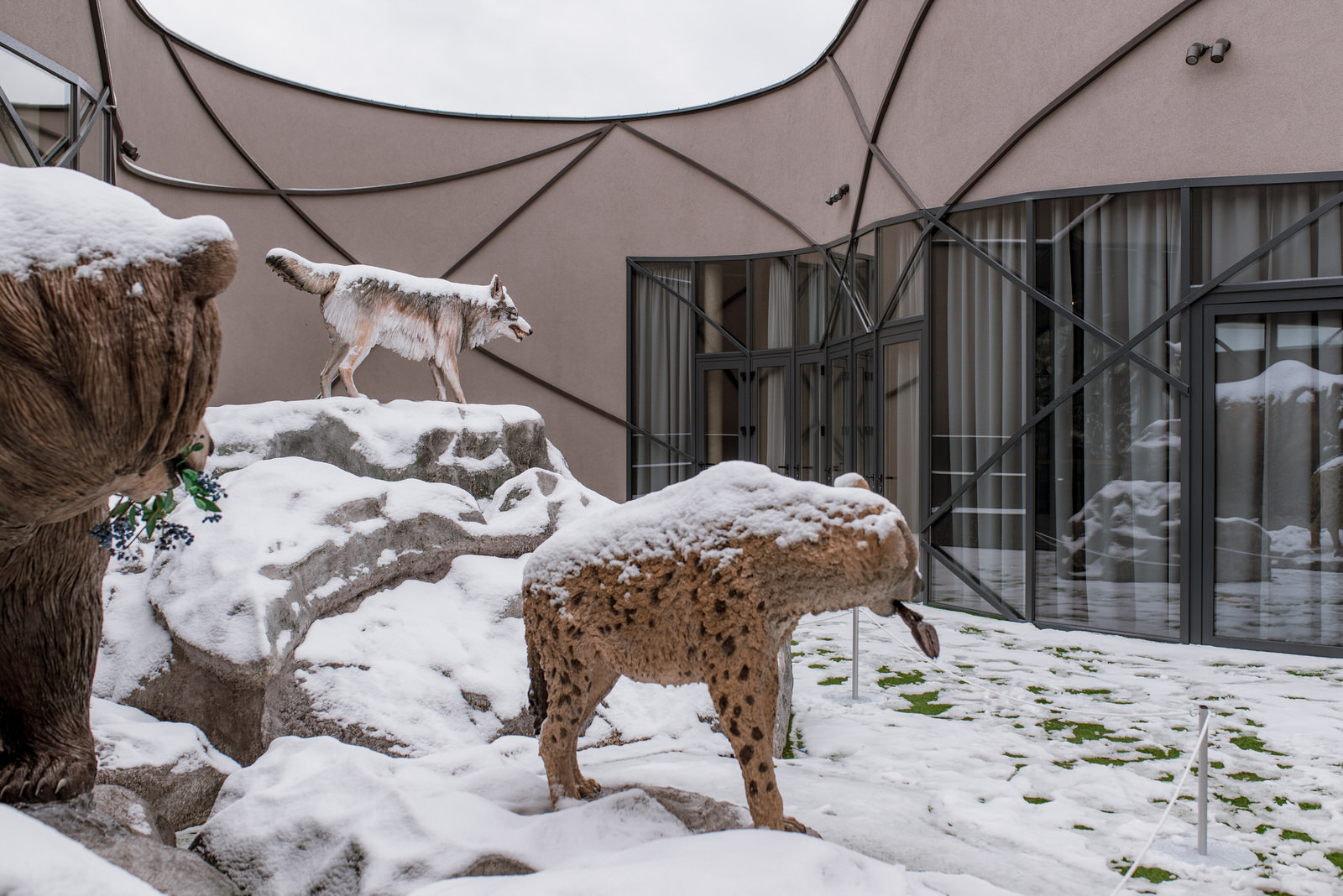 The center, worth almost €2.7 million, takes visitors extremely realistically back tens of thousands of years, because in the darkness of the underground and the darkness of the past, numerous finds were found that have now seen the light of day for the first time.

Everything was first witnessed on Monday by numerous guests who were part of the ceremonial opening held along with the final conference and an appropriate entertainment and educational program.

“Croatia is one of the richest countries in the European Union when it comes to natural heritage. Our task is to recognise, preserve, educate, interpret, advocate for sustainability and promote the importance of nature protection, which we do. At the same time, this modern visitor centre will be a driving force for the development of the local community – an incentive for the local population, who will be able to offer accommodation, souvenirs, local products or other tourist services to an increased number of visitors and thus achieve additional value – thanks to the investment in the protected area.

The Speleon project is over, and for us at the Institution, the real work is just beginning. In accordance with our intention that this space lives all 12 months of the year, we are already working full steam ahead on the next phase, the arrangement of the Barać Cave picnic area with the aim of creating a unique, complete and connected story. The municipality of Rakovica truly has the potential to place itself on the European and even the world map of green destinations, and our role is to make it happen,” said the director of the Public Institution of Barać Cave, Tihana Oštrina, in her welcoming speech before taking the guests through the Centre. 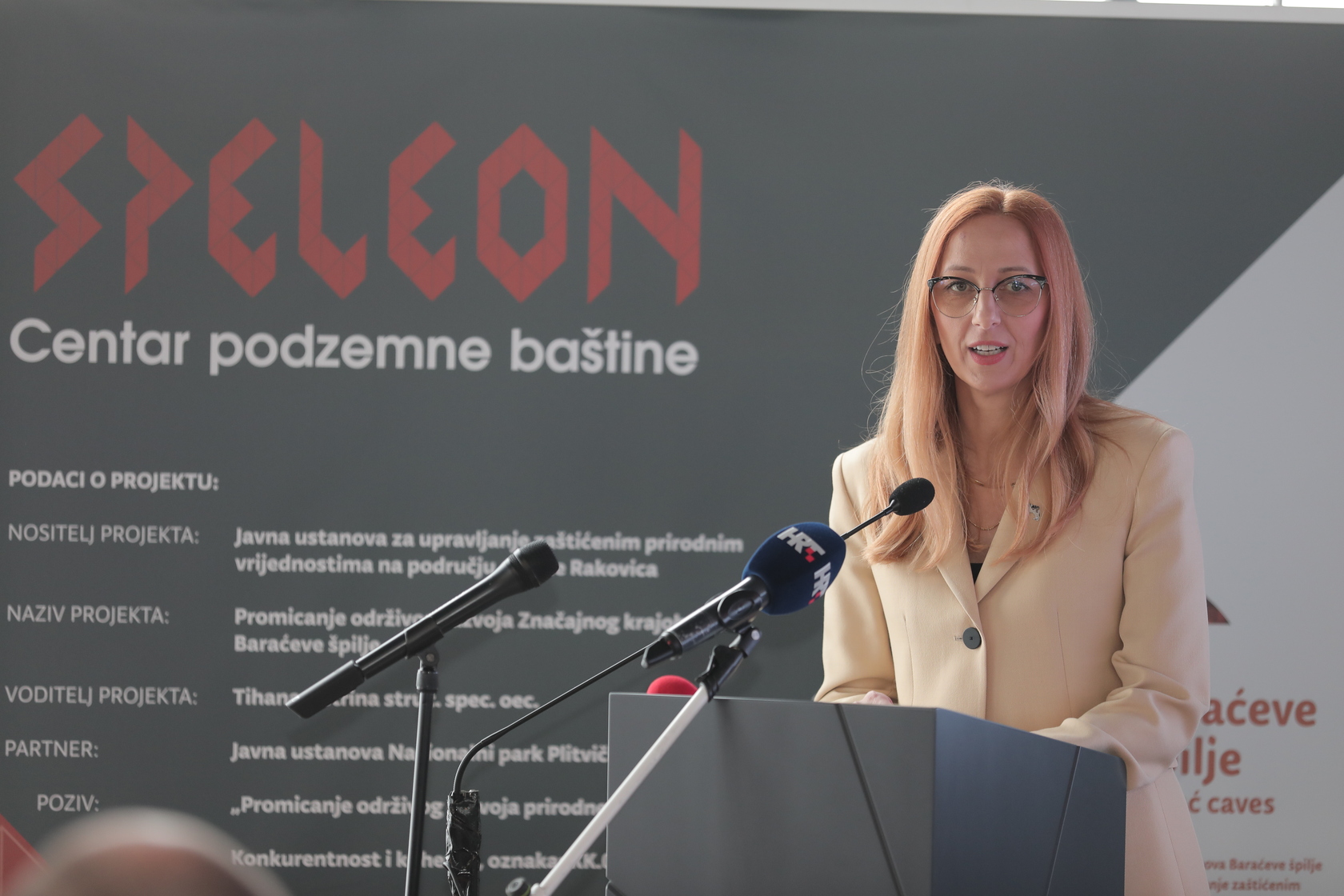 The entrance to the Speleon is designed in the form of a large glass wall, imitating the ‘opening’ of the entrance to the caves, while the filigree layout of the peripheral rooms, with a large central hall of polyfunctional character, is also inspired by the interrelationship of underground cave halls and avenues. Many professional and enthusiastic individuals were needed to make all this happen.

“We have gone through an incredible journey from the first sketches, through ideas about the functional appearance of the object that came literally in a dream, to concrete plans and cost estimates for the art installation, in which all the needs of the client and visitors as well as the requirements of expert collaborators in the interpretation of the natural and cultural heritage of the Barać Caves are met. 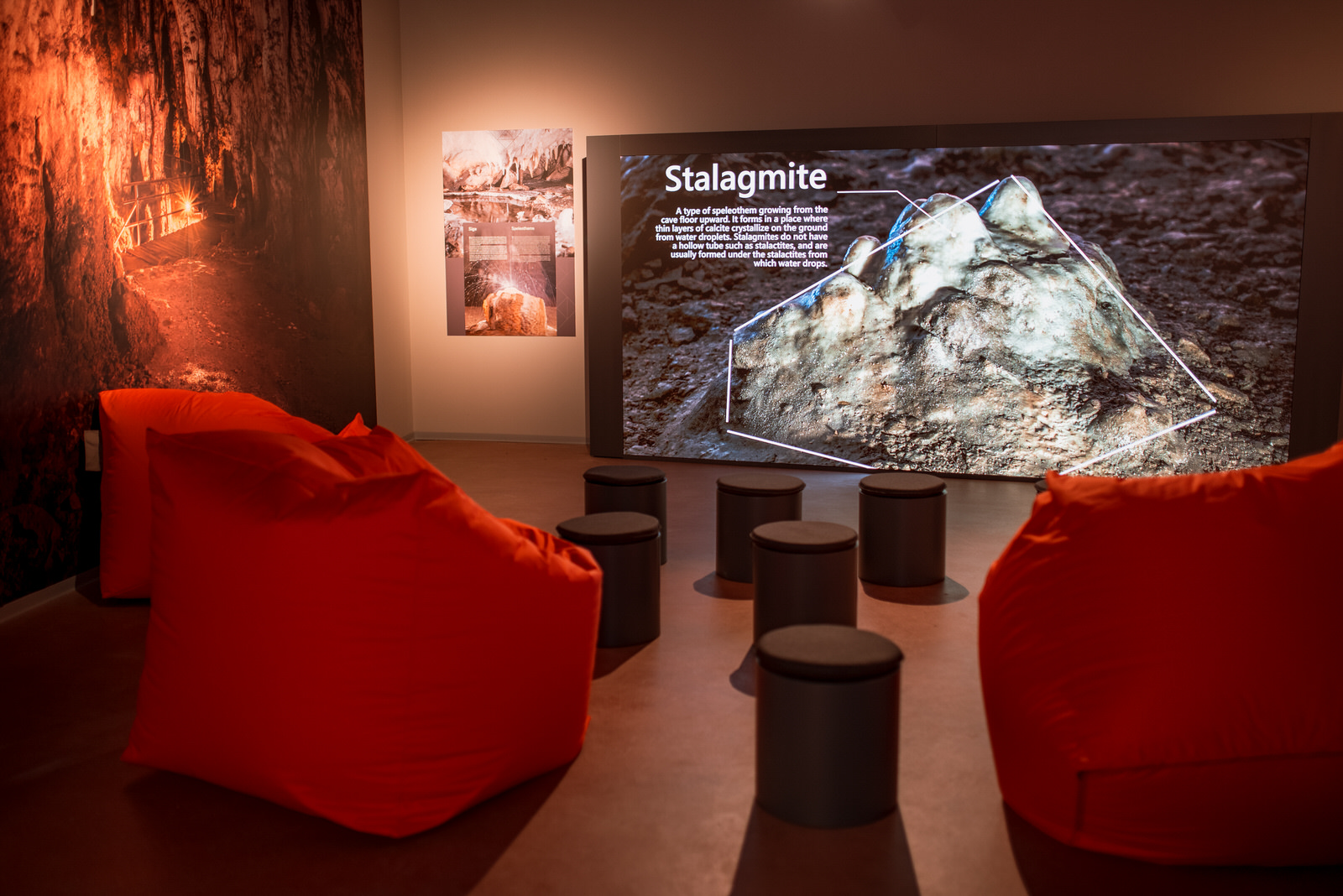 Such centres are not built, they are born, together with all the good and the less good aspects of the life of each project, which we successfully mastered in cooperation with the director and her team and created a new story that will surely remain a proud legacy for new lovers of underground heritage. Thank you for the opportunity, and the visitors will have the last word in the real value of the centre,” said the author of the exhibition, Marko Barišić. 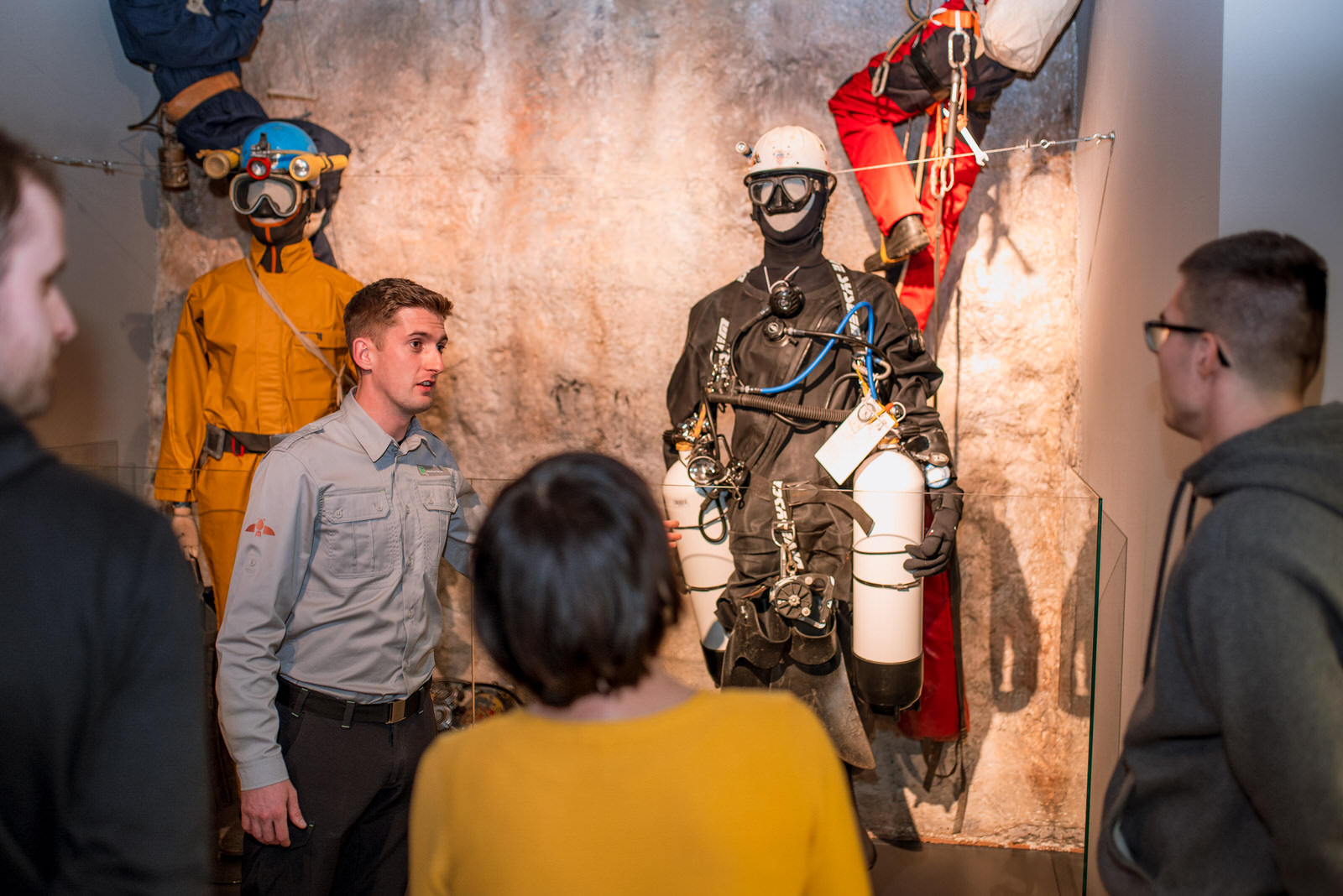 The whole exhibition is accompanied by a series of modern, multimedia models of interpretation such as model displays, LCD screens, smartglass, replicas, animations and multitouch screens. In addition to the permanent exhibition, the visitor centre also contains a multifunctional hall, a children’s playroom, a speleo-documentary library, catering facilities, a souvenir shop, a depot and a parking lot.

Along with director Oštrina, Speleon was officially opened by the representative of the President of the Republic of Croatia, Ph.D. Mario Šiljeg, State Secretary in the Ministry of Economy and Sustainable Development, and that very symbolically – by pressing the button that starts the sound animation of the cave lion’s roar. 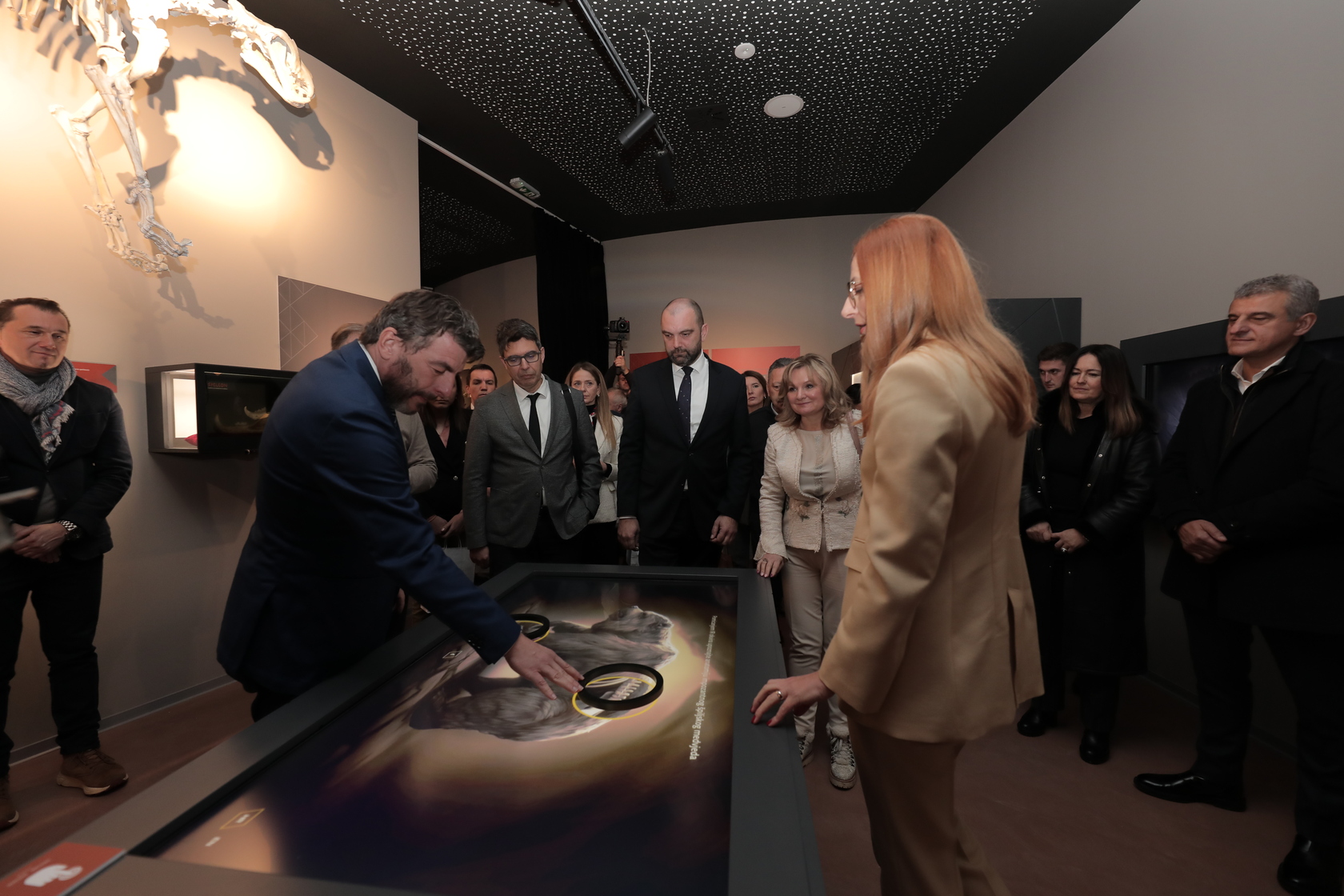 The centre will be open every day, from Tuesday, January 24, during working hours from 10:00 to 18:00, and tickets will be available during February at promotional prices, with a 35% discount.

The project is worth almost €2.7 million, 85% is co-financed with grants from the European Cohesion Fund, and 15% with the funds of the project partner – Public Institutions National Park Plitvice Lakes.