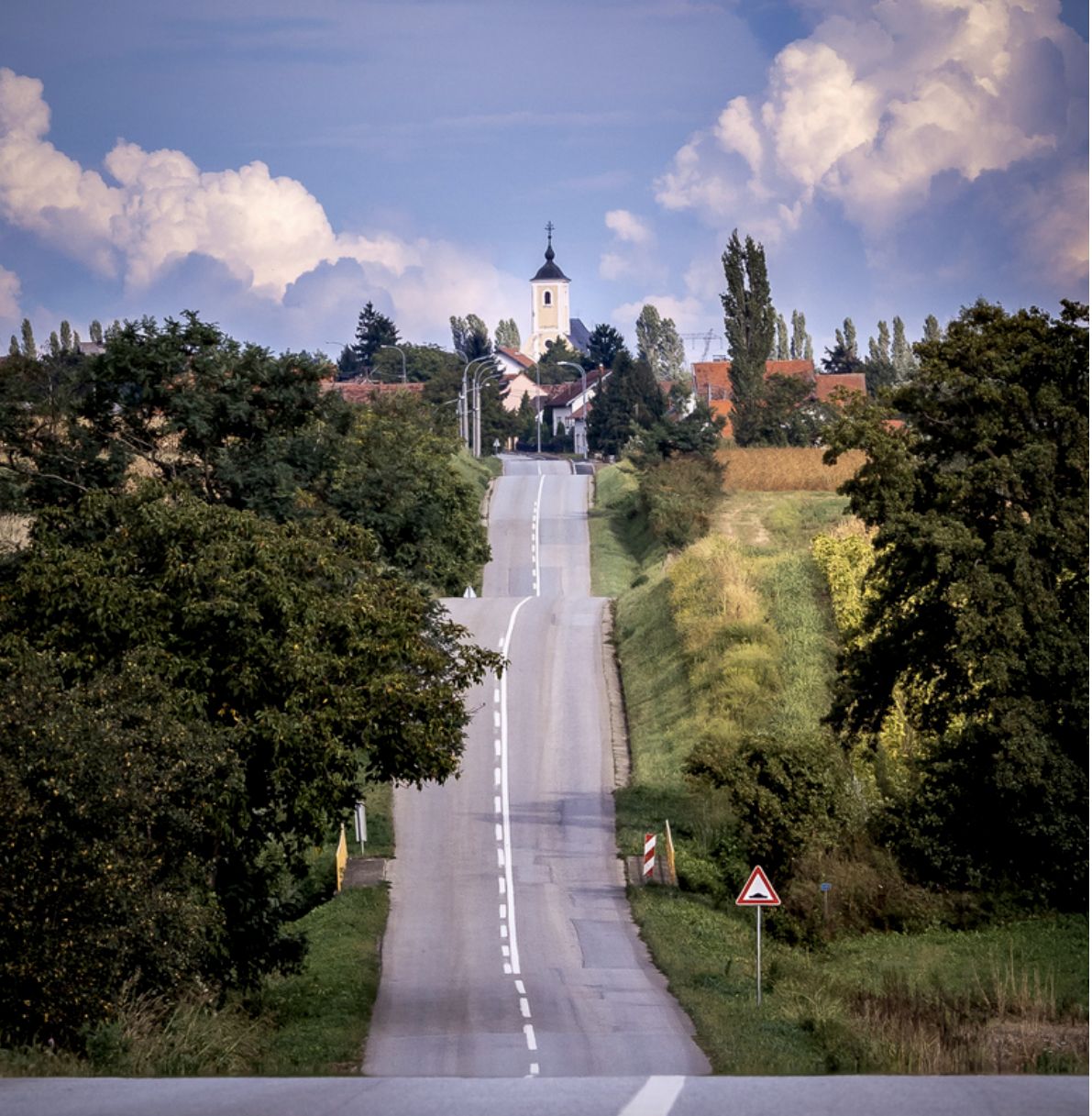 I recently attended the second part of the Croatian National Tourist Board’s #VisitSlavonia campaign which saw bloggers and photographers from all over Europe invited to experience eastern Croatia, a part of the country that caters for rural, cultural and religious tourism.

After all, there is more to Croatia than the coastline and Slavonia was beamed to millions as the popular bloggers and photographers blasted social media with stunning images and videos.

Here are some of the highlights from our five-day tour of the Slavonia Region of Croatia.

My family is from Osijek and when I think about Slavonia, I always think of its lowland plains. In some parts of Virovitica-Podravina country, it’s the opposite scenery. We visited Papuk Nature Park, a UNESCO protected Geopark, the only one in Croatia which featured the perfect hiking trail that rewarded us with a series of misty waterfalls including

Waterfall Skakavac along the way.

Magical @papukgeopark Photo by @julienduvalphoto Nature lovers will not miss the chance to visit Papuk, nature park and UNESCO geopark, whose northern slopes are covered with the Jankovac forest park. This is one of the most beautiful mountain valleys, surrounded by a centuries-old beech forest, and also one of the most popular mountain excursion sites with educational trails, mountain streams and lakes, caves, waterfalls and around 1200 types of flora and fauna. The mountain lodge offers a restaurant and 80 beds, and is located near the unique waterfall Skakavac. @lesdroners under the waterfall #CroatiaFullOfNature #Natgeotravel #Papuk #UNESCO #VisitSlavonia #ShareSlavonia #Paradise

To catch a sight of deer and wild boars, we visited Kunjevci, 20 minutes from town Vinkovci and the park rangers kindly showed us around Croatia’s largest oak forest by electric car.

For some bird watching followed by a bike ride by the Drava River, we stopped by The Drava Story in the Virovitica County. 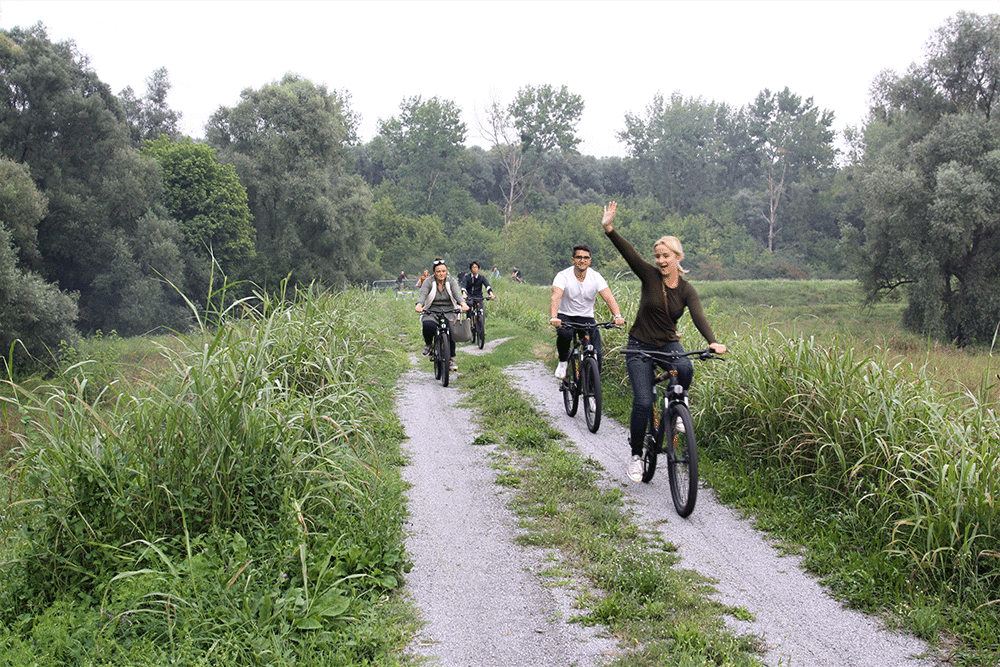 We were able to get up close to the Lippizan horses at The State Stud Farm in Đakovo. The same breed of horse that Queen Elisabeth II was so impressed by after watching them at the Opening Ceremony of the Olympic Games in 1972.

Last call! ♥️ 🇭🇷 Epic week in Croatia by @crolovepl Choose 7 out of 218 things to do in Croatia and win a trip of a lifetime! LINK IN BIO. RIDE THE CLOSEST THING TO UNICORNS The majestic horse from fantasy stories with white hair and a horn may not exist in real life but the horse that inspired storytellers to invent unicorns is very real. It is the royal breed called Lipizzaner and you can ride it in the town of Đakovo in the Croatian region of Slavonia. #Djakovo #VisitDjakovo #Slavonia #ShareSlavonia #VisitSlavonia #horses

There’s definitely no shortage of kulen or homemade rakija in Slavonia and we spent five full days sampling local delicacies and some of the most famous wines from the region. Everywhere we visited, we were spoilt with a fine selection of food and wine. 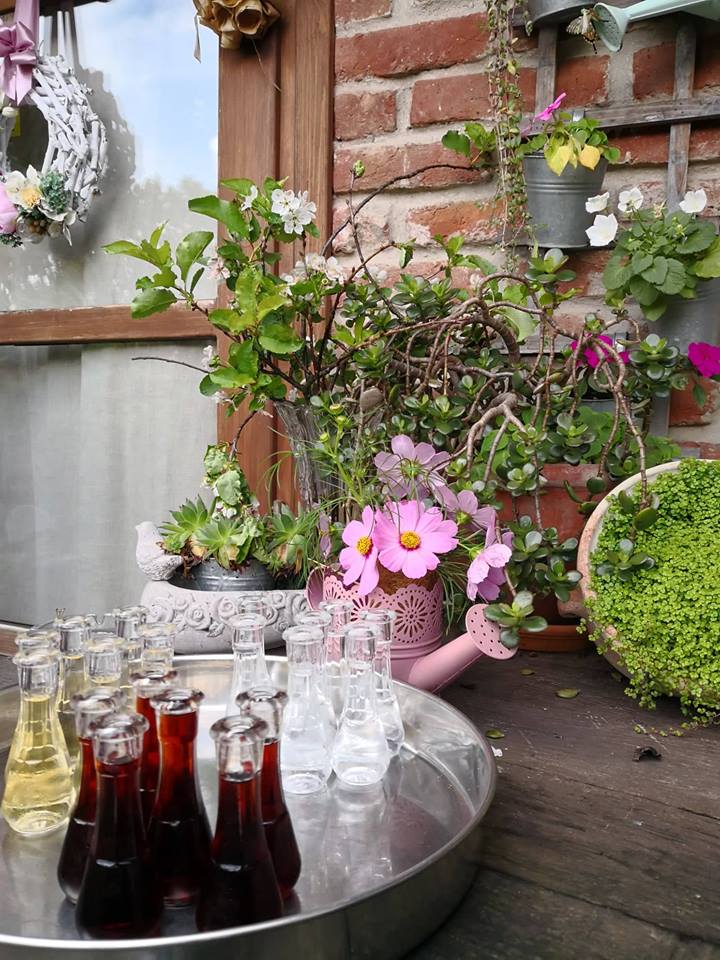 I must mention on our first evening we stayed at Croatia’s first Heritage Hotel, Heritage Hotel Kurija Jankovic where we had dinner. After dinner, we were lead to another room filled with a table of desserts made by Award Winning Gastro Blogger, Sanja Mijac, also known as Sanja Domaćica.

We spent a couple of mezmerised hours in the oldest wine cellar in Croatia at Kutjevo Winery, as opposed to Maria Theresa and baron Franjo Trenk who back in 1741, locked themselves down there for seven days. The rest of the story is up to your imagination.

Kutjevo is also home a comprehensive collection of vintage wines valued at two million euros and a bottle from 1947 that will set you back 4,000€.

Kutjevo by @dani.k_photos ♥️ 🍷 🍇 Walk along the wine roads, discover the beauty of the vineyards and the secrets of the wine cellars. BTW Bubbles 🗯 made by Arthur @lesdroners #CroatiaFullOfLife #Croatia #Kutjevo #VisitSlavonia #ShareSlavonia #Vineyards #Slavonia #Scenery #peaceful #Love

We also had the opportunity to taste wines in the cellar under The Bishop’s Palace in Dakovo, The Đakovo-Osijek Archdiocese Winery dates back to 1716 and is the official wine used by the Priests and Bishops during mass. This is also where Yuya Matsuo proclaimed that it was the best wine he has ever tasted in Slavonia to the media.

Next door to The Bishop’s Palace is The Cathedral Basilica of St. Peter where we were guided inside to learn more about the history and finer details about the neo-Gothic and Romanesque style Cathedral that took 16 years to complete. 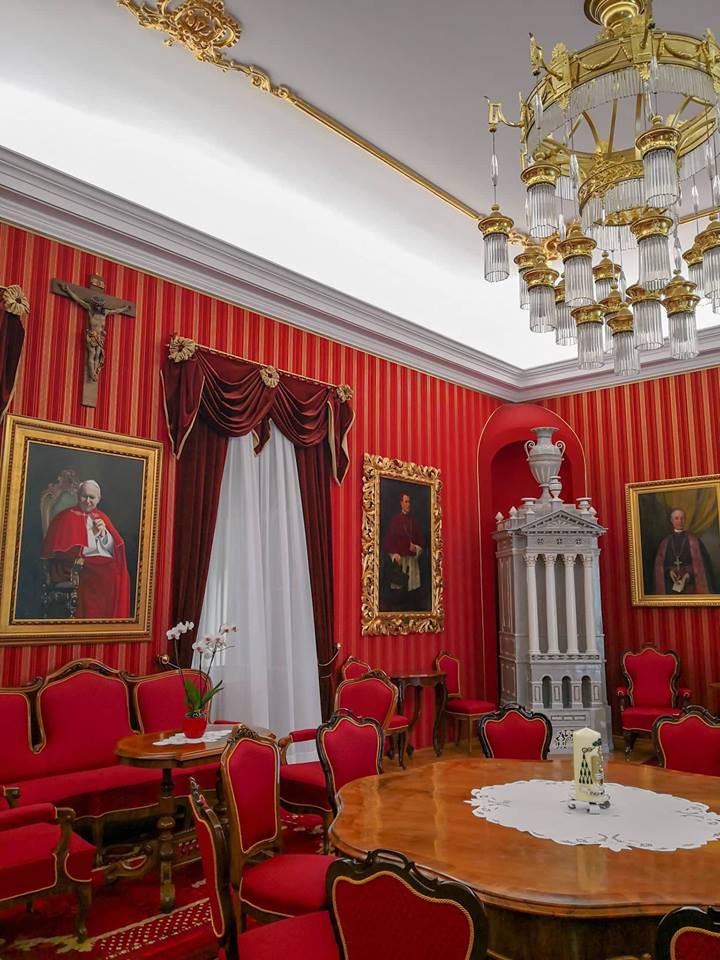 Inside The Bishop’s Palace in Dakovo 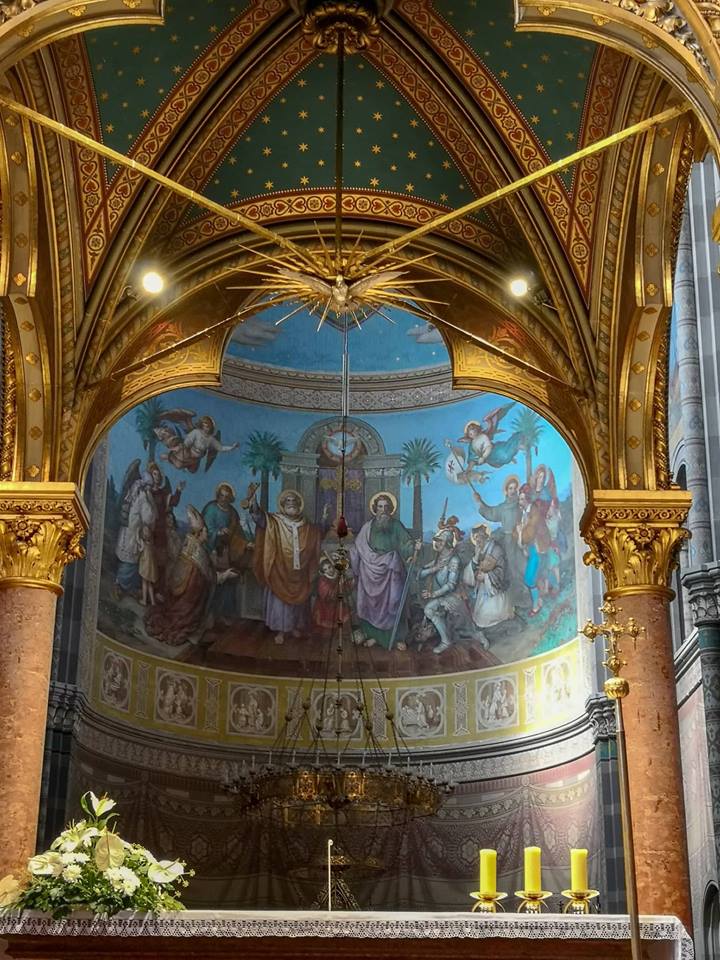 Inside The Bishop’s Palace in Dakovo

Sarah-Jane named her Blog “Chasing The Donkey” as a metaphor for chasing life in Croatia and donkeys after seeing one on Dugi Otok back in 2000. You can imagine how excited she was to bump into a donkey in Slavonia at Ranch Condic. I, on the other hand, was so excited to finally meet Sarah-Jane, her blog posts about life in Croatia gave me courage and confidence to move here permanently 2 years ago.

We were treated as guests of honour in Županja and were welcomed with freshly made poderane gaće (deep-fried dough, a Hungarian specialty) and copious amounts of local homemade rakija. Local children met with us in the main square dressed in either the football uniforms or traditional folklore attire. A young aspiring footballer told my husband Luka that he one day hopes to be as good as Luka Modric. 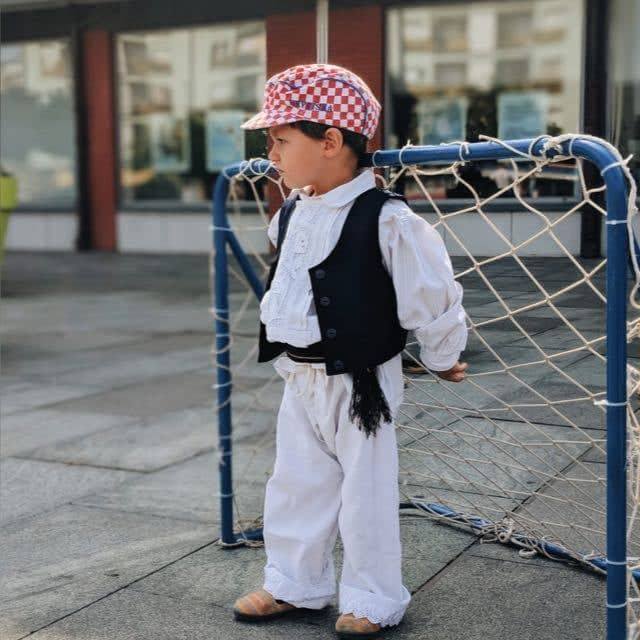 What better way to end the tour than by attending Autumns of Vinkovci Festival, held in the town’s centre to bring together and celebrate the local Slavonian people.

It is always held on the first week of September, marking the beginning of autumn and is one of the most important festivals in the region and in Croatia. The festival has been going on for 53 years and gains more popularity and traction each year!

Local folklore groups from neighbouring villages came together to perform wearing their traditional costumes, we were able to notice up to 4 generations performing from one village, upholding customs and traditions which is evidently very important to preserving Croatian culture.

The festival was filled with market stalls to be able to purchase authentic souvenirs from Slavonia while sampling local cuisine such as fiš paprikaš, čobanac and carp. The festival goes on for 7 days.

Although not part of this tour, I would also recommend visiting Vukovar and spending a whole day there. You can read my post on things to do and see in Vukovar here.