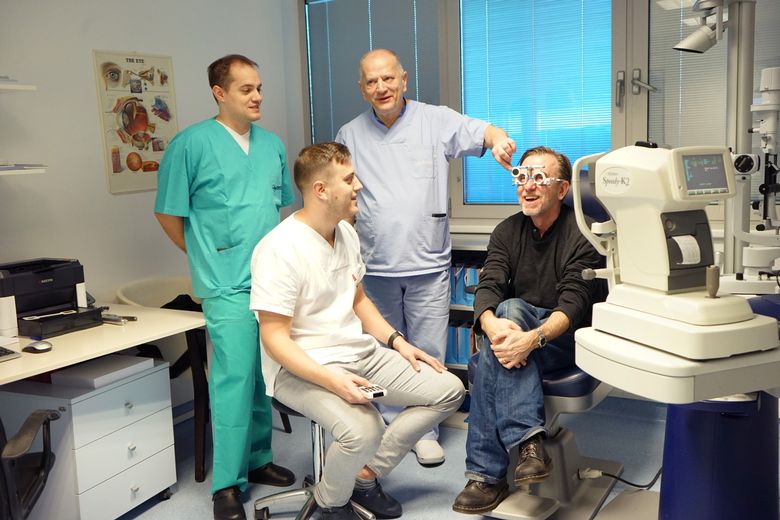 Roth was photographed on Tuesday at Hotel Esplande reading messages on his mobile phone. This was the first time in over 40 years that he had been seen reading without glasses.

The reason for this, was that one day earlier, Roth had eye surgery at the Svjetlost Eye Clinic in Zagreb, which is one of the leading ophthalmology clinics in this part of Europe. 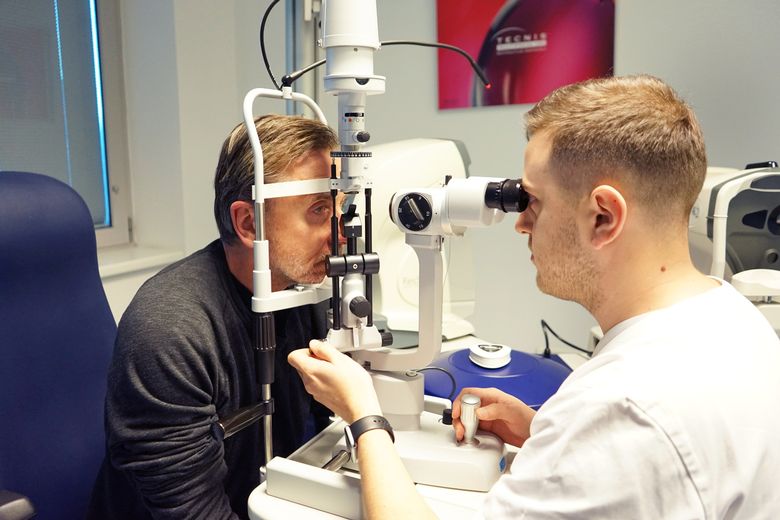 Professor Nikica Gabric and his team operated on Roth and his wife, Nikki, and installed the latest generation of extended focus multifocal lenses, Synergy, which has been on the market for less than six months and is available exclusively at Svjetlost Eye Clinic.

Just hours after the surgery, both Roth and his wife experienced excellent vision and they could go and enjoy some of what Zagreb Advent has to offer, the clinic said.

“All my life I have believed that my left eye was visually impaired. In fact, I thought I could see less than 30% through it. I had many doctors in California and England who assured me that there was no hope for that eye, but after 2 hours at the Svjetlost Eye Clinic I can see out of that eye for the first time in my life. It’s just incredible. I can see perfectly at all distances, with both eyes,“ Roth said. 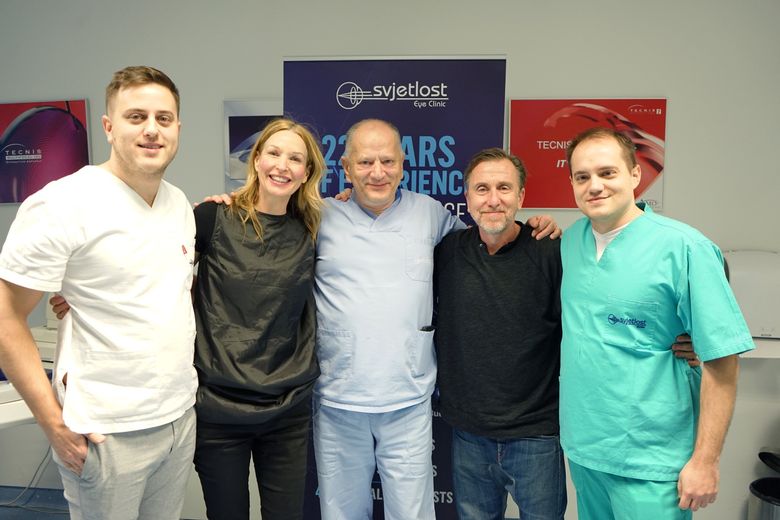 Roth and his wife with the team at the clinic (Photo credit: Svjetlost Eye Clinic)

Roth’s wife Nikki went to see a doctor in Los Angeles for a check-up before her visit to Croatia and he tried to talk her out having surgery but when she said she was going to have it done at the Svjetlost Eye Clinic by Nikica Gabric, the doctor came back later and said: ”I looked into who this Gabric is and I think you should do the surgery with him.”

Roth is not the only actor to visit the clinic to get work done. Those who have visited Svjetlost Eye Clinic in Zagreb include Armand Assante, Cassandra Gava and Franco Nero. Ivana Trump recently got work done also at the clinic.

“This is a confirmation that Svjetlost Eye Clinic is a world-renowned and recognised ophthalmic institution. Imagine if someone living in California and filming all over the world needed eye surgery, every doctor would be proud to have them, and I am most proud that Tim Roth and his wife chose me and my clinic,” said Professor Gabric.

Svjetlost Eye Clinic has 7 centres and over 210 employees. They have been recognised by over 400,000 patients and have performed over 135,000 eye surgeries for clients all over the world.