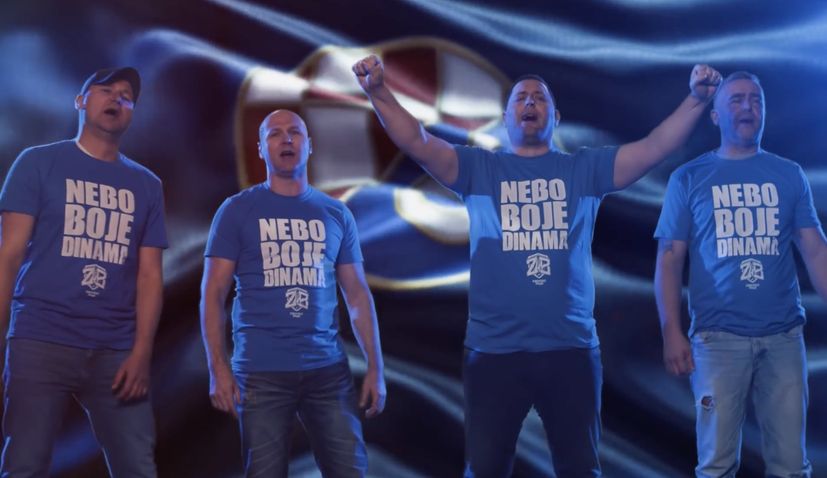 After Dinamo Zagreb advanced through to the quarterfinals of the Europa League on Thursday with a stunning win over Tottenham Hotspur, Zaprešić Boys got together and recorded a new single.

‘Nebo boje Dinama’ (Sky the colour of Dinamo) is a song that has been in the making for a while and the boys say now was the perfect moment for it to see the light of day.

“We believe that there is no better time to publish the song than now when better and brighter times are in sight for Dinamo and when the club has gone so far in a European competition,” they say.

The song, released by Rubikon Sound Factory, was put together by the faithful team with lyrics written by Marko Novosel, music by Ante Pecotić, and the production and arrangement by Bojan Šalamon – Shalla.

The Zaprešić Boys have been big Dinamo Zagreb fans for decades and this song was actually born whilst they were active Bad Blue Boys.

The members of the group, now adults in their 40s with their own families and responsibilities, are no longer so active in the stands, but their love for Dinamo is always there and it does not fade over time, Jutarnji list writes.