Home » Sport » History for Croatian tennis: “It was weird to play this final” 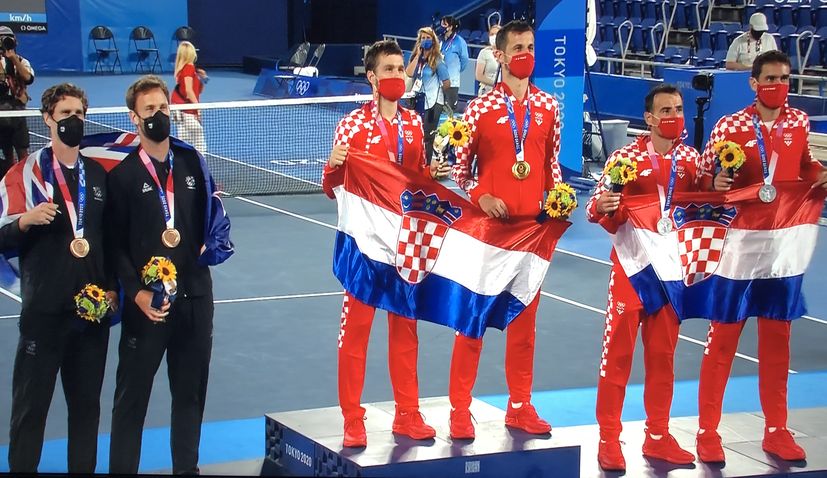 TOKYO, 30 July 2021 – Nikola Mektić and Mate Pavić won the all Croatian men’s doubles final in Tokyo on Friday to win the gold medal.

Mektić and Pavić beat Marin Čilić and Ivan Dodig 6-4, 3-6, 10-6 in today’s historic final as it was the first time in 113 years that the final was played between teams from the same country.

“It is very hard to describe the feeling right now. We are very happy, a gold medal, what can I say,” Pavić told HRT after the win, before adding.

“Croatian fans could enjoy the tennis today but it was weird to play the Olympic final without any fans, and the Croatian delegation allowed in we’re not supporting anyone. For me was a weird final but it was a quality match which was decided by a few points.”

“I want to congratulate Croatian selector Vedran Martić who helped us and them and he deserves a lot of this. Also  congratulations to Čilić and Dodig.”

Mektić, who was playing in his first Olympic Games, said he was overjoyed to win gold and proud. He also revealed what has made his partnership with Pavić almost unbeatable in 2021. All Croatian final goes the way of Mektić and Pavić (HRT)

“We understand each other, we have good energy and w enjoy it, that is our secret.”

Silver medalists Čilić and Dodig also talked to the media after the match.

“We enjoyed it today, it was a different match though. During the week we had emotions to play for Croatia and win a medal for our country and today it was different. There was respect on each side and maybe it was not the best tennis but we are proud,” Čilić said, adding that he had not ruled out playing in Paris 2024.

“We are proud, it was an historic day for Croatian tennis. Congratulations to the winners on a deserved victory and thanks to all fans who supported us all week,” Dodig concluded.