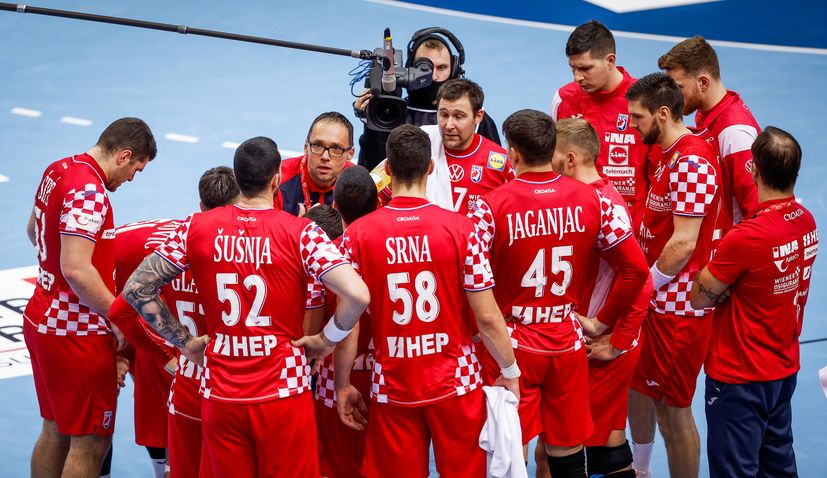 Croatia put up a good fight but has lost its opening match at the 2022 EHF European Men’s Handball Championship to Olympic gold medalists France in Hungary on Thursday.

Croatia, who were missing captain Domagoj Duvnjak, made a slow start to the match and were only able to find the back of the net a handful of times in the opening 15 minutes. With a large, noisy Croatian contingent in the stands, Croatia staged a comeback and would go into the break only 13-11 behind.

France, who are one of the favourites for the tournament, made a number of uncharacteristic mistakes early in the second half as Croatia upped the tempo. Croatia would close the gap to just two goals as tempers started to get tested with two scuffles in the space of a minute seeing David Mandić earning a red car for a foul.

The red card with 13 minutes remaining did not help Croatia but they managed to battle until the end before eventually losing the match 27-22.

Stand-in captain Ivan Čupić and Tin Lučin on attack were impressive for Croatia, whilst Ivan Pešić made a number of good saves in goal.

Croatia play Serbia next on Saturday, 15 January before facing Ukraine in the final group game on Monday, 17 January.

Croatia, who were finalists last year, are playing in their 15th European Championships.