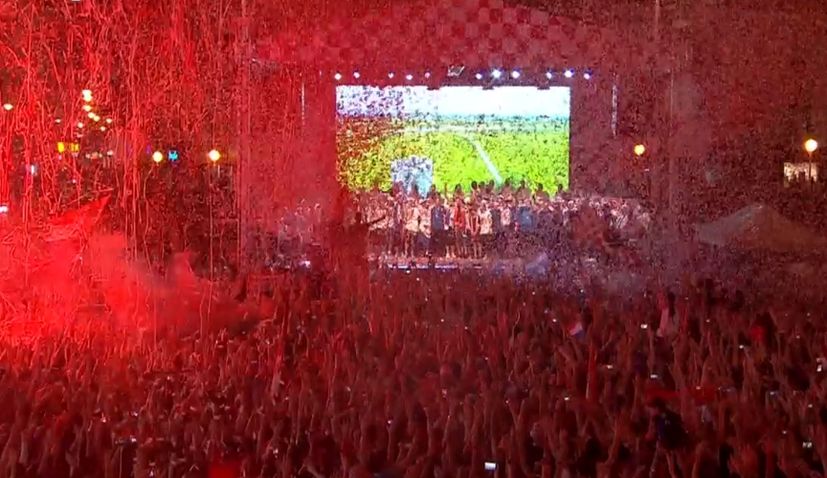 The biggest street party in Croatia’s history took place today when around half a million people took to the streets to celebrate the return of the World Cup runners-up.

Zagreb’s main square started to fill up in the early hours of Monday whilst the team was still preparing to depart Moscow.

Whilst a special Croatia Airlines Airbus 319 was flying the team back to the Croatian capital, fans on the main square were getting the party started to the sounds of popular supporters’ songs.

After a slight delay, the team and staff landed at Dr. Franjo Tuđman Airport at around 3:30 pm local time and quickly broke into celebrations with airport staff on the runway.

The open-air buses carrying the team then made its way towards the centre. Fans had lined the streets along the whole route. A trip that would take around 35 minutes, took the buses nearly 6 hours as fans packed the streets to get a close up look of their heroes.

Not even the rain put fans off and when the team finally arrived on the main square in downtown Zagreb the crazy scenes got even crazier as all that could be seen and heard was a sea of flares, flags and chants of songs.

8:50 – After nearly 6 hours driving from the airport to the main square, the team has arrived. Full video below.

4:25 – TV stations from all over the world have come to Zagreb to broadcast the homecoming party.

4:05 – The open-air bus carrying the players is slowly making its way towards the square. Fans have lined the streets to get a glimpse of their heroes.

2:40 – The Croatia Airlines plane carrying the team will be joined in the air by two Croatian Air Force MIG-21s. The three planes will fly over the square are a height of 500 metres before a performance from the Wings of Storm Croatian Air Force team takes place in the air.

2:00 – Vedran Corluka posts from the plane as all the players have the medals on and will land soon and make their way to the main square where 100,000 fans await.

13: 25 – Players are looking forward to coming back to Zagreb and seeing the fans. 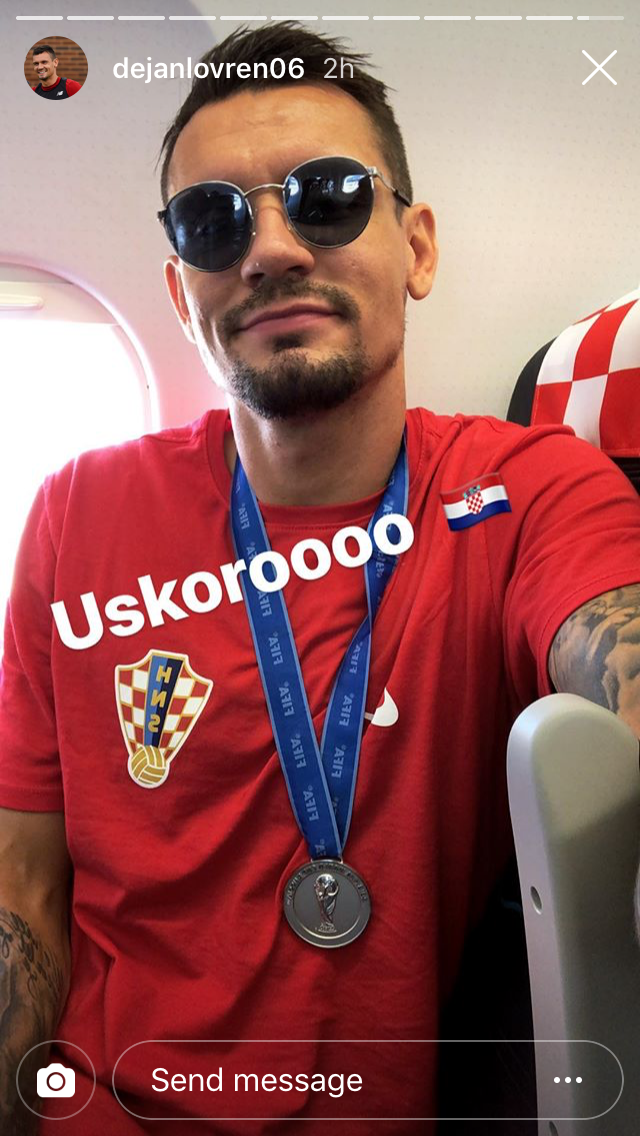 13: 15 – More fans keep streaming into downtown Zagreb from all over the city and country. Zagreb Airport is ready also. 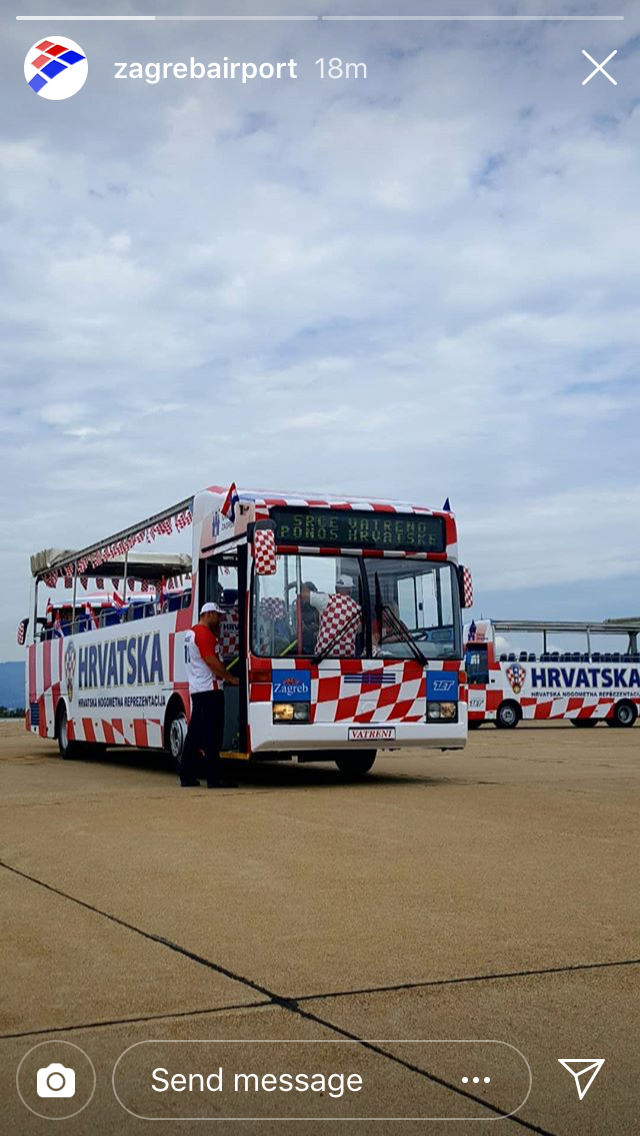 13:00 – The team will arrive from Moscow a bit later than expected. They are set to now get to the main square around 4 pm. Organisers of the homecoming party have been handing out supporters’ t-shirts to fans.

12: 05 – Fans stream in on trains for the homecoming party from Slavonia.

11: 45 – The atmosphere is heating up on the main square with supporters’ songs getting the crowd going. The team is set to arrive in another 3 hours on the square.

11: 10 – Zagreb City announced that all public transport will be free today. Fans have come into Zagreb on trains from all around the country. Zapreseic Boy have already started to warm up the fans who have gathered on the main square.

10:50 – Fans have started gathering already on the main square. 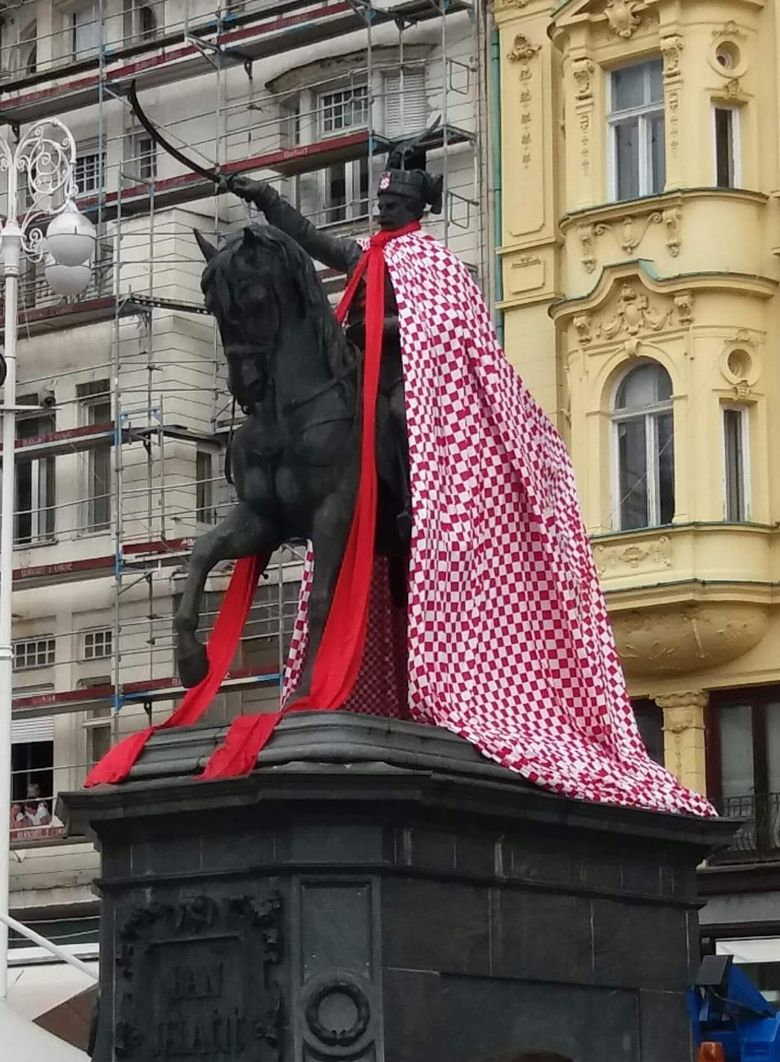 Ban Jelacic has been ‘dressed up’

The plane that the team has just departed has ‘Bravo Vatreni’ splashed over the side of it. 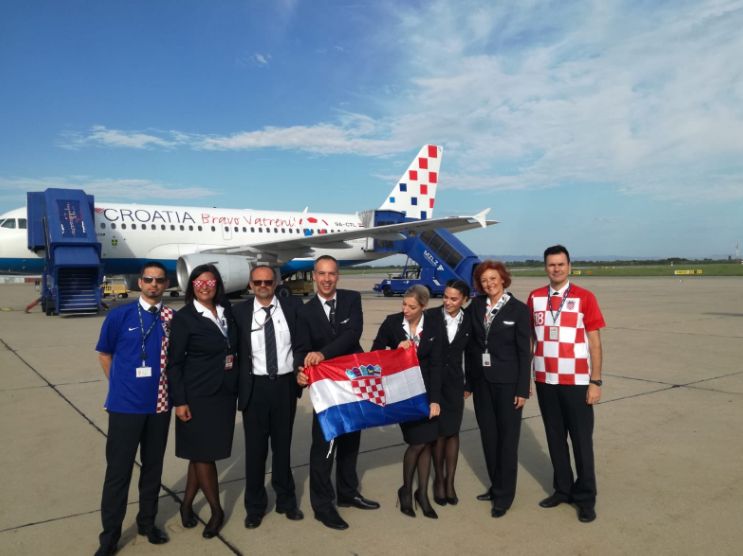