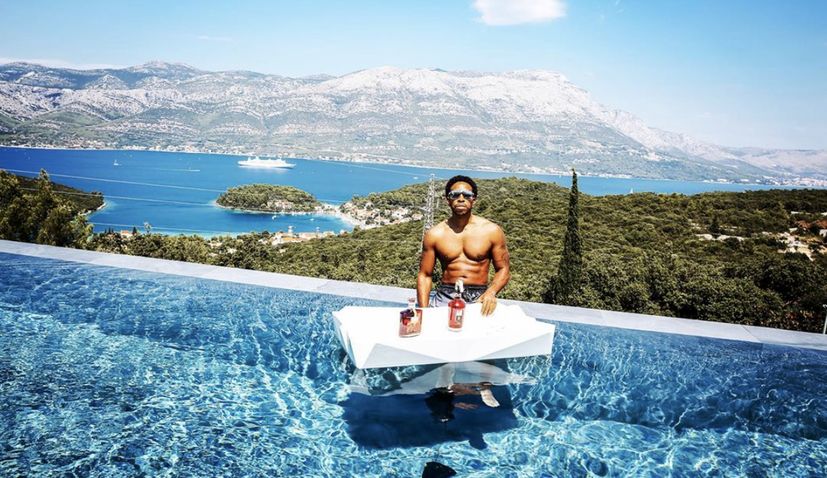 Ludacris, whose real name is Christopher Bridges, has been posting pics from his vacation on the Croatian island of Korcula out to his 10.9 million fans on Instagram.

The rapper is with his family and they have been enjoying their time at the luxury Villa Diamond, which is located in Zrnovo, just a few kilometres from the Old Town of Korcula.

“We absolutely loved Croatia! We will be back,” wife Eudoxie said on social media.

Ludacris has won Screen Actors Guild, Critic’s Choice, MTV, and 3 Grammy Awards. Along with fellow Atlanta-based rappers Big Boi and André 3000 of OutKast, Ludacris was one of the first and most influential “Dirty South” rappers to achieve mainstream success during the early 2000s.

We absolutely loved Croatia! We will be back! ❤️❤️

In 2014, Ludacris was featured in Forbes list titled “Hip-Hop Cash Kings”, as he earned $8 million.

Last year, he was featured on country singer Carrie Underwood’s single “The Champion”. The song peaked at number 47 on the Billboard Hot 100 and was the opening song for Super Bowl LII and 2018 Winter Olympics and Cry Pretty. Ludacris received three nominations and one win for the 2018 CMT Music Awards.

As an actor, he has appeared in films including Crash, Gamer, and New Year’s Eve and is best known for playing Tej Parker in The Fast and the Furious film series.

In the streets of Croatia 🇭🇷 📸 Cai