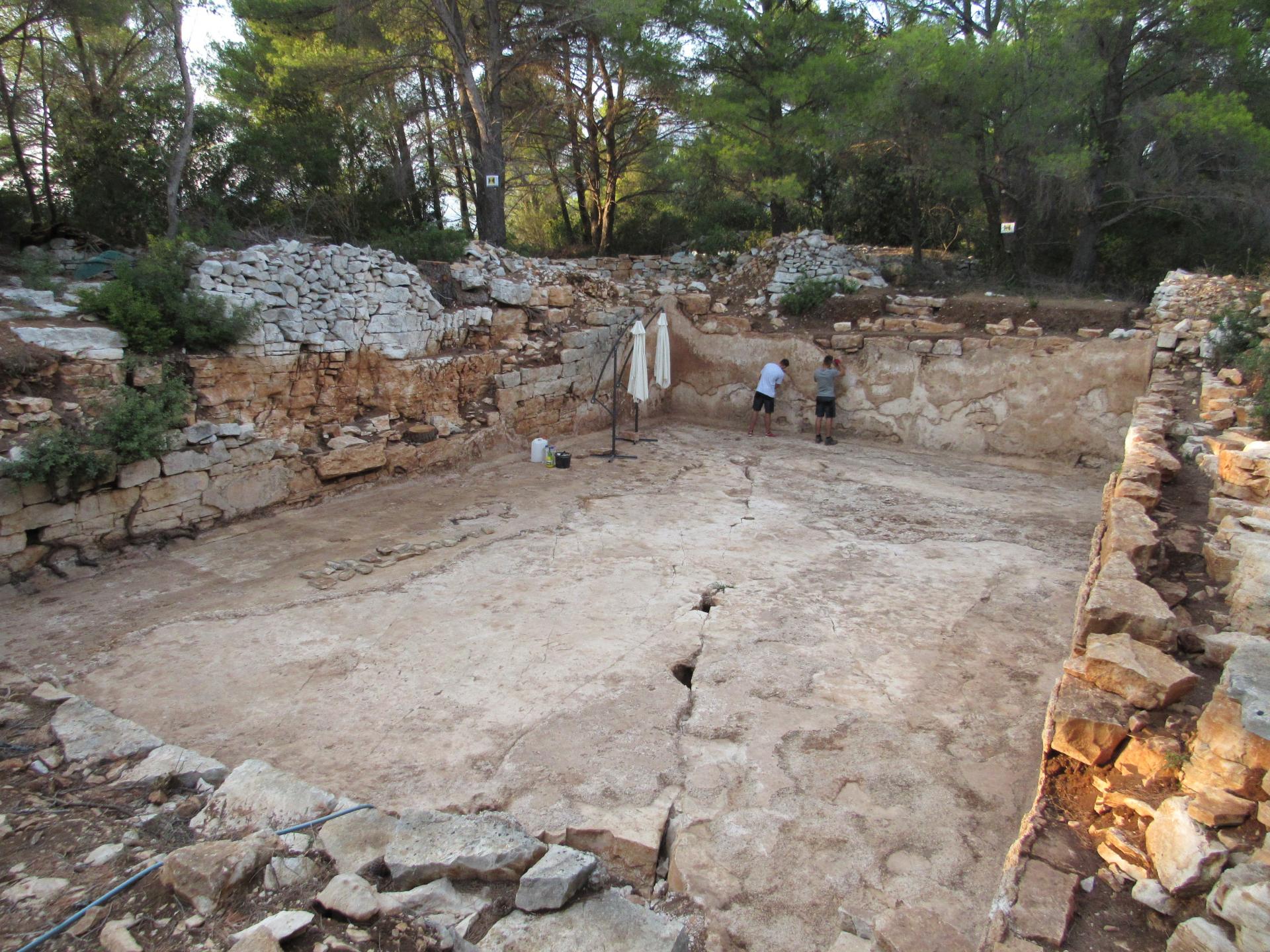 The excavation of a monumental water cistern, as old as 2 and a half thousand years, has been completed in Lumbarda on the southern Croatian island of Korčula.

The ancient water cistern also happens to be the place where the legendary Psephisma was found, one of the most important monuments of Hellenism in Europe. Lumbarda Psephisma is a stone inscription telling about the founding of an Ancient Greek settlement on the island of Korčula. The Psephisma was discovered in the ruins of the cistern on Koludrt hill in 1877 by Božo Kršinić.

The Lumbarda Psephisma is proof of the first urban centre established in Lumbarda on the island of Korčula and is widely used by Croatian and foreign authors for studying Greek colonization.

The Lumbarda Psephisma is a red-brownish lime-stone surmounted by a triangular decorative panel, about 1 meter high and 13 cm thick, with inscriptions 69 cm wide. 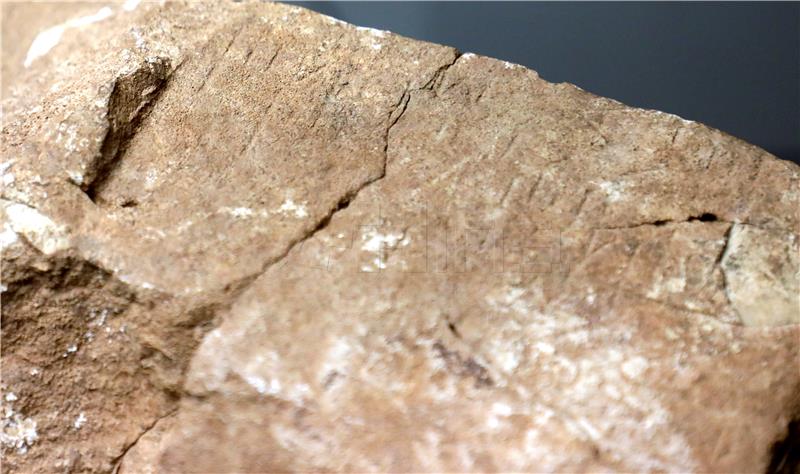 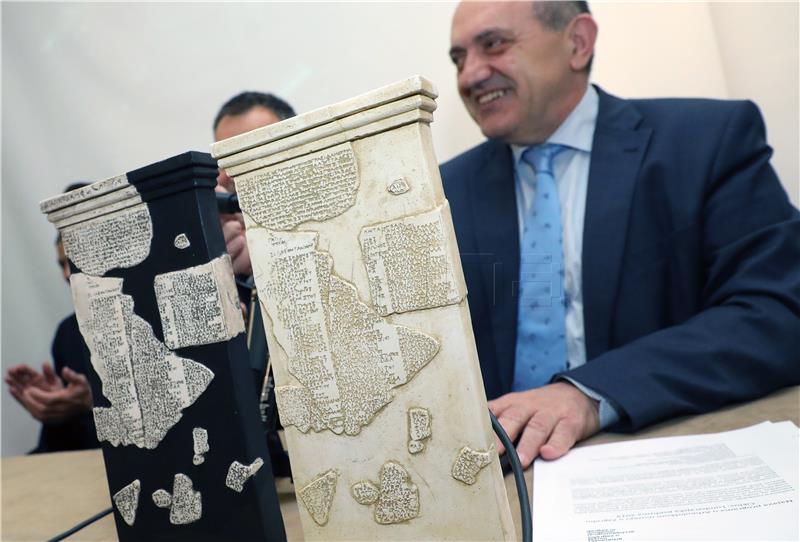 Due to all of this, Lumbarda has become only the second place in Croatia to be admitted to Europa Nostra. Europa Nostra is a pan-European Federation for Cultural Heritage, representing citizens’ organisations that work on safeguarding Europe’s cultural and natural heritage.

Two and a half millennia ago, an entire place was probably provided for here, and today, regular visitors are conservators working to protect the ancient Greek cistern for the future.

“Especially the plaster, which is exceptional and unusual in every respect, is technically very well executed. However, since it, as in any other archeological site, is located outside – it is exposed to various conditions of decay,” explains the conservator Krešimir Bosnić to HRT. 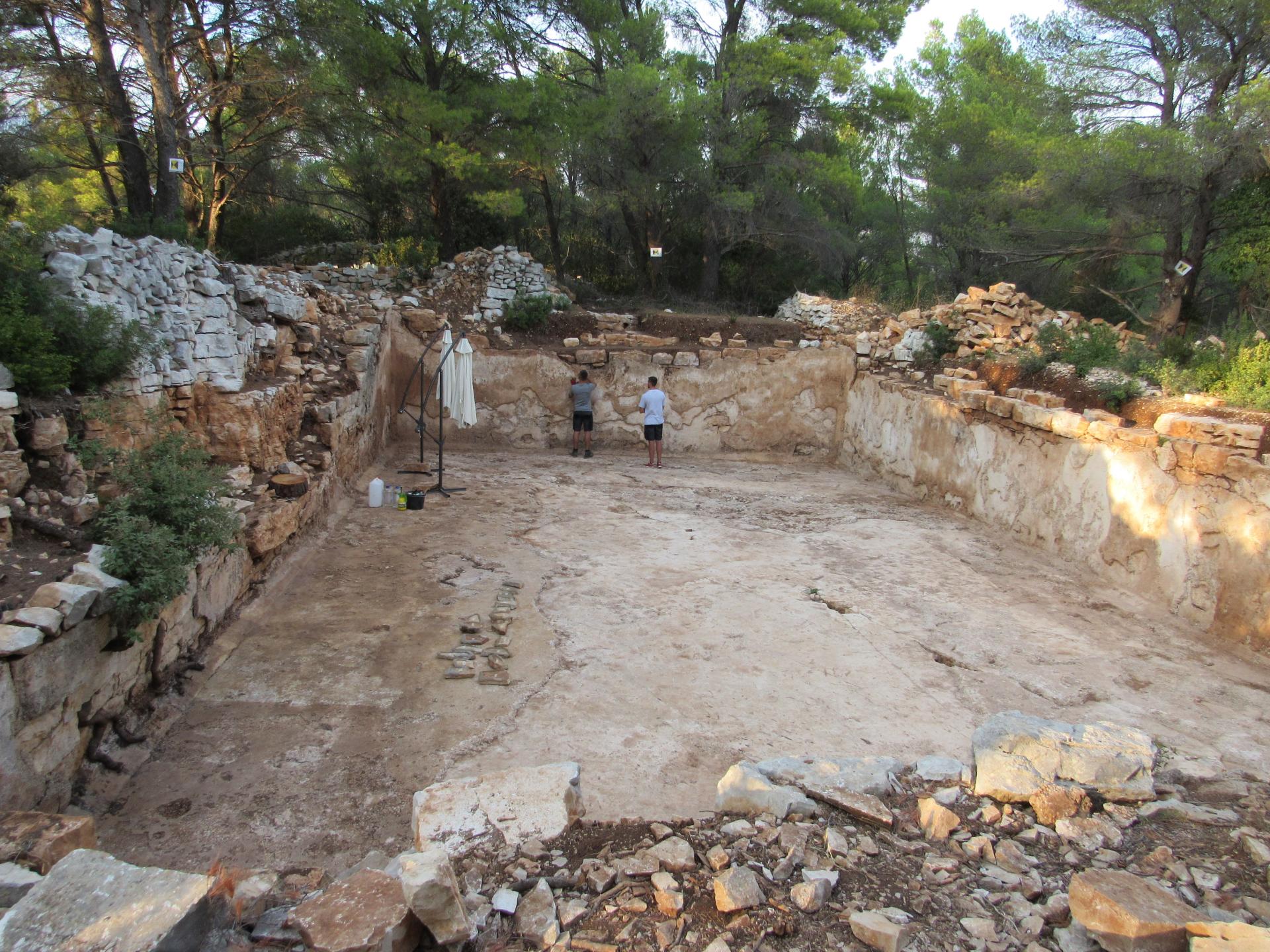 Cisterns were often built to catch and store rainwater and are distinguished from wells by their waterproof linings.

The cistern dates from the same period as the Lumbarda Psephisma, the end of the 4th and the beginning of the 3rd century BC.

“The tank is huge, 10×17 meters in floor plan size and preserved height in the deepest part of 3 and a half meters. That’s a huge amount of water. Technologically, it is a fascinating object that is unique in the Mediterranean,” claims archaeologist Hrvoje Potrebica.

Big news in the world of archeology

One of the puzzles is that it is open, has no traces of a roof structure, but monumental in its size – there is no Hellenistic building on the east coast of the Adriatic that could match it. That is why the cistern is big news in the world of archeology, and it was recorded with the most modern 3D scanner in the world.

“We currently have the most modern scanner in the world that recorded a tank with 430 million points. So our resolution is one millimeter, so we hope that we will get documentation and an exceptional means of monitoring,” explains Potrebica. 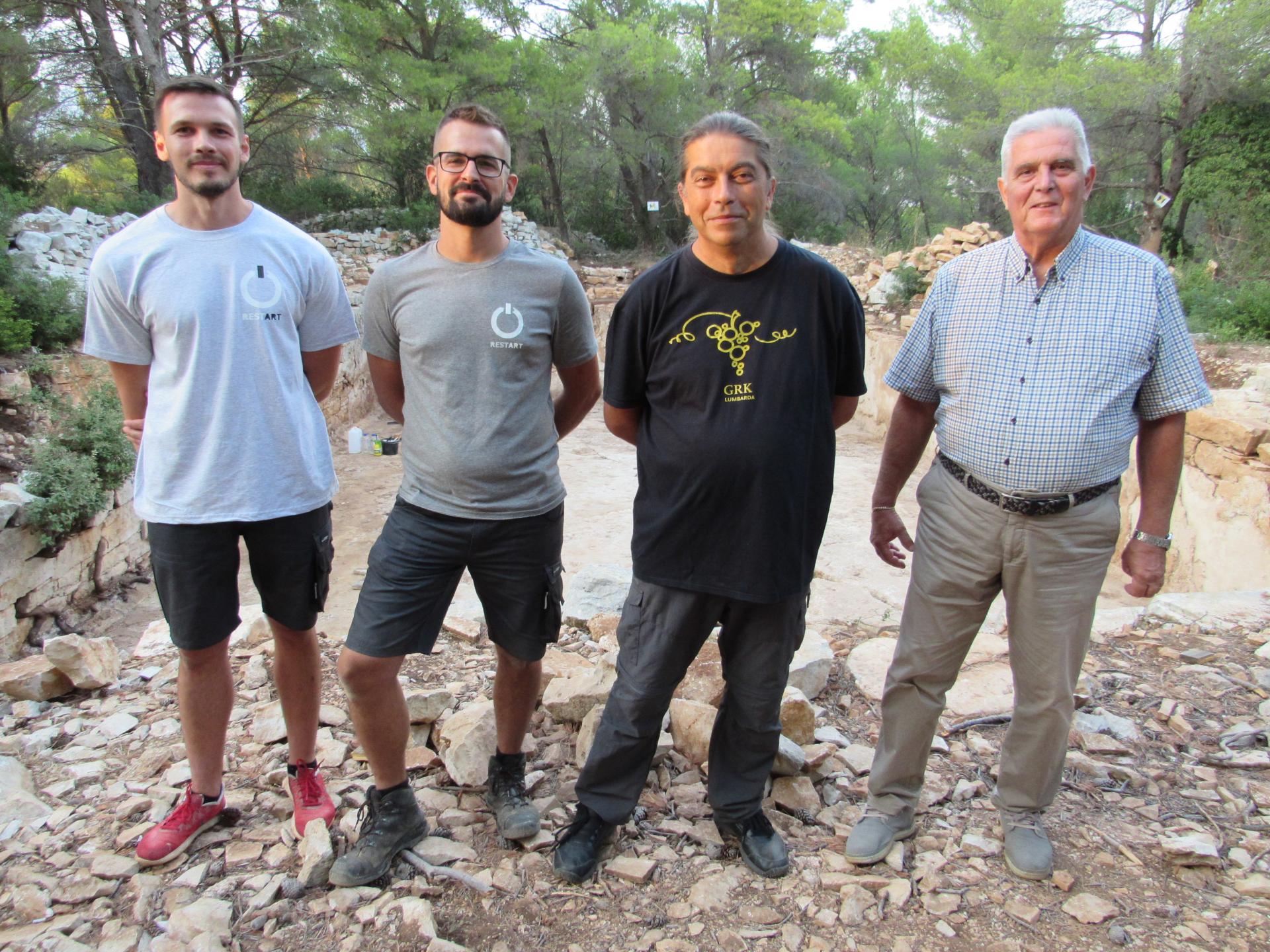 The work has just begun, and the plan is to continue the construction of drywall and open the space for visitors.

You can see the video report from HRT on the link here.