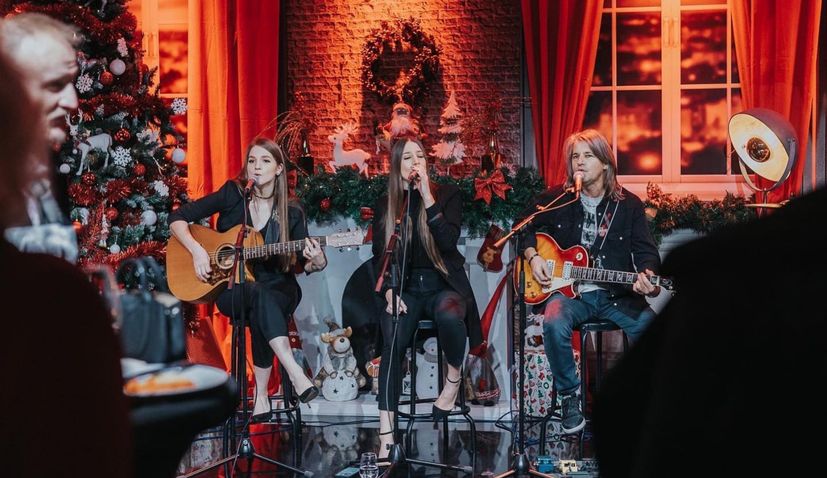 After founding their band in Australia in 2017, the music trio, which includes father Mijat Gavran and his two daughters, Jasmina and Tamara, performed at various clubs in the Croatian community in Australia.

In February of last year, not long after they moved from Melbourne, Australia to the Croatian capital Zagreb, they immediately signed a contract with Croatia Records. Since then, they have released two hit singles that have garnered a positive reaction from Croatian listeners.

Since moving to Croatia from Australia, Gavrani have hit the ground running. Thanks to Tamara’s talent for songwriting, Jasmina’s Smokey voice and Mijat’s infectious musicianship, the returnee family are carving a niche in the Croatian music scene.

“It makes me happy to hear that people after listening to the song for the first time like it because from when we were little, my sister and I have dreamt of a music career in Croatia. That dream is now starting to come true, and it is hard for me to describe what I am feeling with words,” says Tamara, a graduate of the prestigious Melbourne JMC Music Academy.

Watch out for this band as they will be releasing many hit songs in the upcoming months.

You can check out the video for “Svirači, hvala vam,” below: