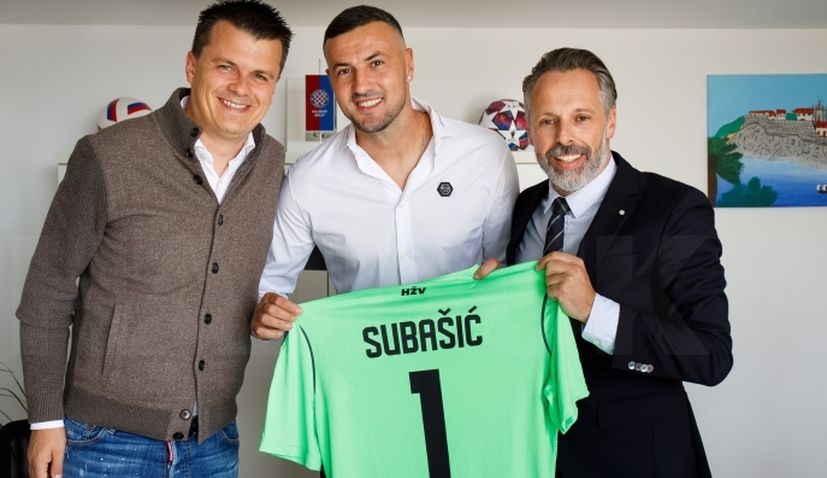 Subašić returns back home after nine years after signing a deal which will see him at the club until the summer of 2023. He arrives as a free agent, and will wear the number 1 jersey.

“With Danijel, we got an experienced goalkeeper, our former player and captain, who will be a role model for our young players, but also a great support for the more experienced ones. Josip Posavec was injured and we will not be able to count on him for the next three months. We reacted immediately and brought a goalkeeper who, with his rich experience and winning mentality, will have a great impact on the locker room and is a great choice for another goalkeeper. Subašić played his entire career at the highest level, he represents a playing authority, and he will have an immeasurable influence on the development of our young goalkeepers,” Hajduk’s sports director Mindaugas Nikoličius pointed out after the deal was signed.

Subašić began his career for his hometown club of Zadar before moving to Hajduk Split in 2008. In his three and a half years at Hajduk, ‘Suba’ played 126 matches and kept a clean sheet in 47 of them. In 2012 he moved from Hajduk to Monaco.

He was voted goalkeeper of the year in France in 2017, the same season Monaco won the league and reached the semi-finals of the UEFA Champions League.

Subašić was capped 44 times for his country and played a key role in Croatia’s match against Denmark in the Round of 16 in Russia, where he saved three penalties during the penalty shootout thereby equaling the record number of saves set by Ricardo in the 2006 World Cup.