ZAGREB, 29 January (Hina) – The floating LNG terminal in Omišalj and the Zlobin-Omišalj pipeline which will deliver LNG to Croatia’s gas transport system and consumers were inaugurated on Friday, with Prime Minister Andrej Plenković saying this was a historic day changing Croatia’s position on Europe’s energy map.

“Today we are in a totally different position. Friends and partners look at us with different eyes. This terminal, combined with those which already exist in Lithuania and Poland, is a new point on the north-south corridor. This fact is very good for the diversification of gas supply and for competition in Central and Eastern Europe,” Plenković said.

He added that this was a historic day also from the aspect of those who had worked for years on the realisation of this project.

He said that one of the first tasks of his government in 2016 was to lobby the European Commission to approve co-financing. “Considering the price of the project, we had no doubt at all that as a government we must stand behind this project financially as well,” he said, adding that it was therefore decided for the state to become involved.

The LNG Croatia project is worth €234 million. In 2017, Croatia signed with the Commission a grant agreement totalling €101.4 million for the construction of the terminal. 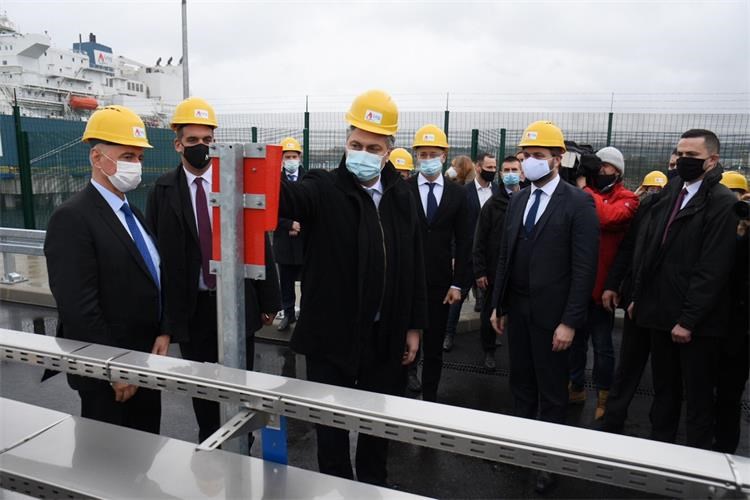 “There was talk of whether we needed this terminal. We believed we needed it, not just for diversification but the impact on prices as well. The very information on the lease of its capacity will result in lower gas prices in Croatia and that’s the best and most concrete benefit of this project,” the prime minister said.

The project was realised under the highest ecological standards and “the transformed tanker will not pollute either the sea or the environment,” he added. “That’s especially important out of the respect we have for the people living on Krk, the fact that it’s one of our biggest islands, famous for tourism, but it also has a strategic role because of the terminal and the bridge and the airport.”

Plenković said natural gas was a transitional fuel from fossil fuels to renewables and that this was why this project was important also for Croatia’s green transformation on which, he said, it was working globally and with the partners in Europe.

“When it comes to geopolitical significance, I think that only in the years ahead will we see how important the realisation of this project is. It’s important for the EU, for the origin of the gas, it’s important for our transatlantic partners because the U.S. continuously supported the project.”

In future, it’s necessary to make sure that the terminal’s capacity is used so as to contribute to Croatia’s positioning, also through the Three Seas Initiative, Plenković said. 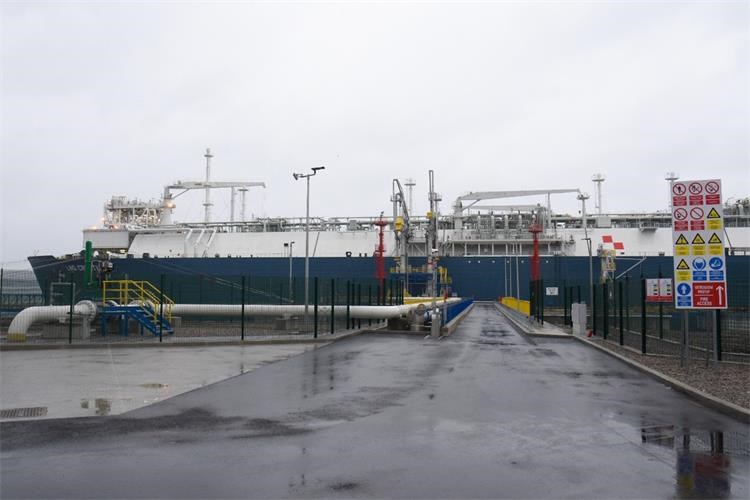 Croatia has other energy projects as well, such as the Adriatic-Ionian gas pipeline, the construction of a new gas storage facility in Grubišno Polje, and connecting its gas transport systems with neighbouring countries, he said.

Encouraging transition to clean energy will continue through projects aimed at better utilising the hydropower potential and renewables, Plenković added.

Among those at the inauguration were Croatia’s Economy Minister Tomislav Ćorić and Hungarian Foreign Affairs and Trade Minister Peter Szijjarto.

Ćorić said it took more than two decades for this project to be realised, calling it one of the most complex in the gas business. He said it ensured an alternative supply route, was supported by the EU and had strategic significance.

The project resisted social and political challenges as well as manipulation aimed at preventing its realisation, he said. “It’s a project that was realised under the highest standards, both economic and ecological.”

Szijjarto said this was a historic event which ensured gas supply from a new route as well as secure supply.

Simson: Lease of large part of capacity is a sign of success

European Energy Commissioner Kadri Simson made an address via video link, saying the project symbolised joint efforts and that it would benefit not only Croatia but its neighbours as well, and that it was important for the whole region.

It provides safer gas supply and the fact that a large part of the terminal’s capacity has been leased is a sign of success, she added.

A compressor station was built in January 2020 to allow for two-way flow of gas between Croatia and Hungary. With the reconstruction of the Rogatec-Zabok gas pipeline between Slovenia and Croatia, all requirements were met for delivering gas from the LNG terminal to Central and Eastern Europe and Croatia’s gas transport system was integrated into European supply routes.

The 16.7-kilometre-long Zlobin-Omišalj pipeline, completed in mid-November, is worth HRK 430 million, with €16.4 million coming from EU funds.

The floating LNG terminal accepts LNG from ships and after regasification, gas is transported via the pipeline system to end-buyers. The terminal consists of the LNG Croatia ship, a Floating Storage & Regasification Unit (FSRU), a jetty with auxiliary facilities, and a connection pipeline leading to the new Omišalj-Zlobin pipeline which connects the terminal with Croatia’s gas network.

The terminal was put on trial in December and began commercial operations on 1 January. Its annual capacity is 2.6 billion cubic metres of gas. All of the terminal’s capacity has been leased for the next three years, 80% of its capacity until 2027 and around 50% until 2035.