Home » News » Fishery in the Adriatic: Last Call for Jabuka Pit – Croatia Must Play its Part 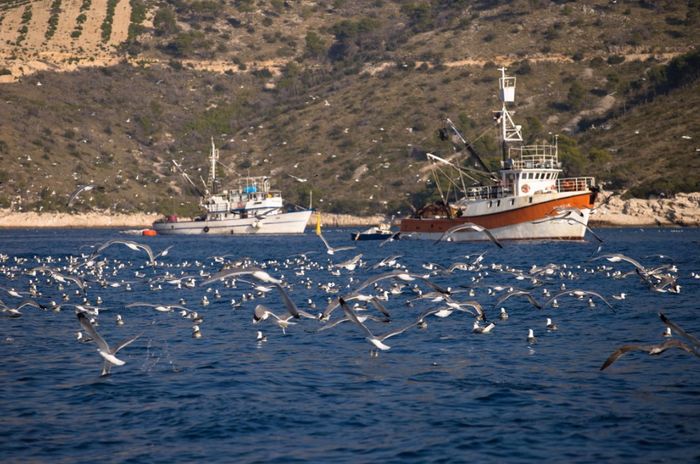 In the Adriatic Sea bottom trawling has been particularly intense in the last decades leading to the depletion of key demersal species such as European hake which is fished 5.5% over the sustainable limits, according to the Adriatic Recovery Project, and the destruction of marine habitats.

The Jabuka Pit is one of the few deep sea areas of the Adriatic, hosting vulnerable marine ecosystems and the most important nursery and spawning grounds for hake, Norway lobster, horned octopus and monk fish, all of which are key species for the fishing fleets operating in the area.

The importance of the Jabuka Pit area for benthic and demersal species is linked to its physical and oceanographic characteristics, which support the presence of Essential Fish Habitats in this area.

Croatia has been calling for the protection of the Jabuka Pit for a long time, but as most of the area falls in offshore waters which are an important fishing ground for the Italian fleet, conservation measures should be agreed within a multilateral framework.

Last February the General Fisheries Commission for the Mediterranean (GFCM) discussed a proposal to establish a Fisheries Restricted Area in the Jabuka Pit closed to fishing activities such as bottom trawling and set longliners.

On the 29-30 March 2017, the EU Commissioner Karmenu Vella will host a Ministerial Conference in Malta on Mediterranean Fisheries. The Ministers are expected to sign a declaration and a list of commitments to improve the state of fish stocks and fisheries in the region.

“This is a key opportunity for Croatia to finally achieve the protection of the Pit contributing to the recovery the Central Adriatic and of the many species that depend on its ecosystem, that should be strongly supported.

The protection of the Jakuba Pit is a crucial testing ground for Croatia’s commitment to recover fish stocks in the Adriatic Sea. We call upon Minister Tolušić to promote strong actions at the Ministerial Conference towards the long lasting protection of this key vulnerable area.” – stated representatives of the united NGOs and civic initiatives.