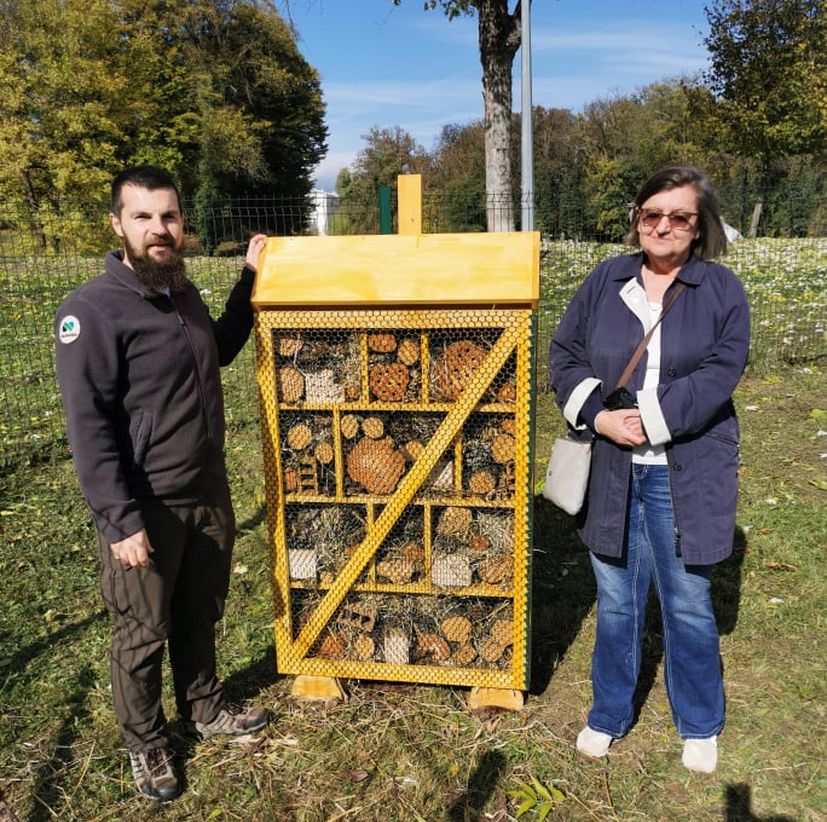 ZAGREB, 27 Oct (Hina) – Karlovac’s first bee hotel was set up in the arboretum of the Forestry School last Thursday, and the structure imitates the natural habitat of insects that do not have enough space in cities to overwinter and reproduce.

This is a project of the Međimurje association “Pinklec” from Karlovac, financed by the utility company “Zelenilo” according to the designs by the public institution Međimurska Priroda (Međimurje Nature), and it was realised by students and mentors of the Forestry School in their workshop.

The head keeper of Međimurska Priroda, Velimir Bašek, said that insects would definitely fill the numerous holes of the bee hotel, with solitary bees entering the biggest holes of 10 to 12 millimetres.

“When a bee enters its hole, it closes it with mud and overwinters there,” Bašek said, adding that by setting up about 20 hotels over several years, they have gained enough experience to build the perfect hotel with holes for accommodating different species and that all hotels are mostly filled. 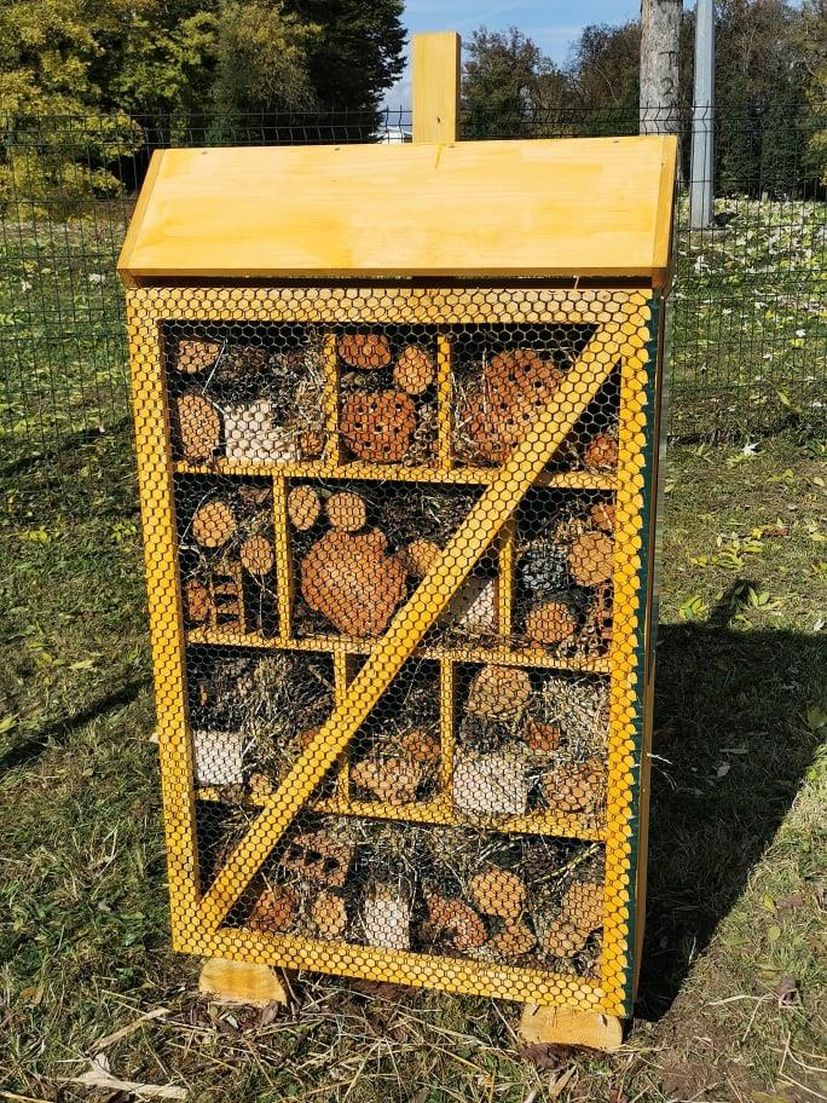 The Karlovac Arboretum, which spans 16 hectares, also has a pharmaceutical garden, which as of today contains a habitat for wild pollinators.

“This hotel will allow insects to stay here and contribute to the pollination of everything that blooms because insects are the ones that enable plants to reproduce in nature,” said the director of the Forestry School, Daniel Peris. 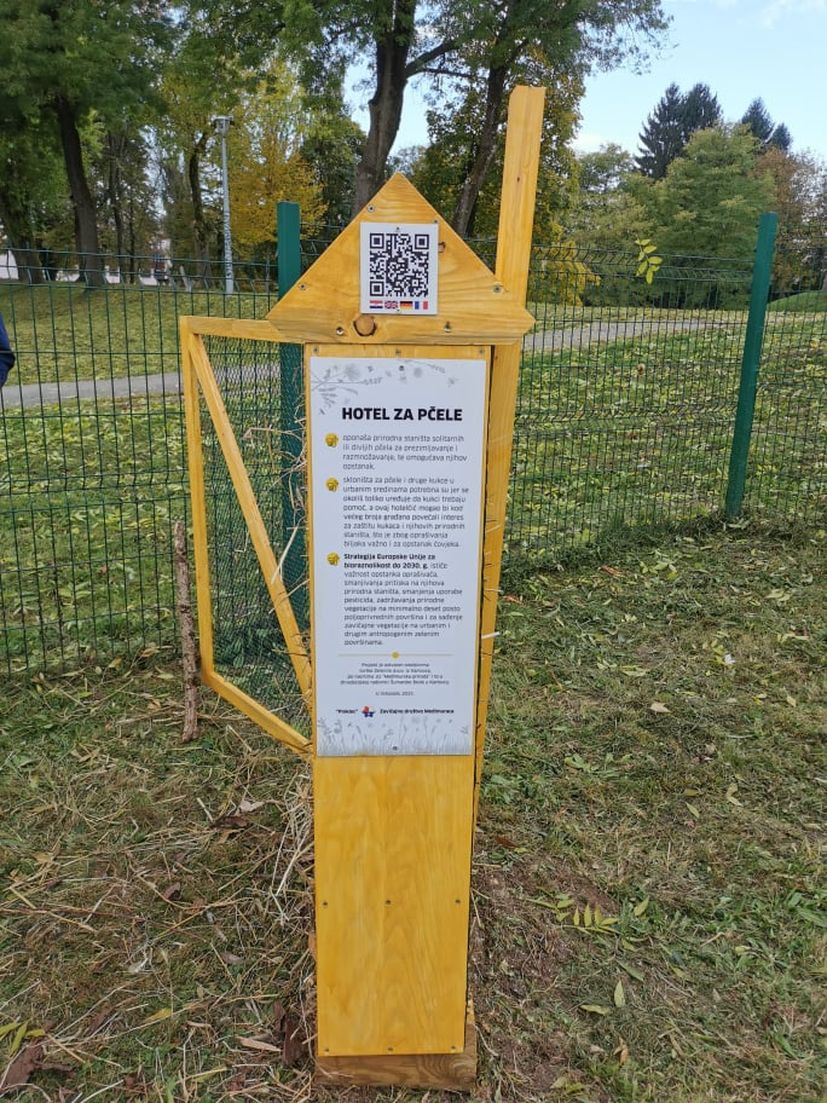 Karlovac’s first bee hotel received the support of the Institute for Nature Protection.

The institute said that events such as this one raised awareness of the importance of pollinators for the stability of ecosystems. 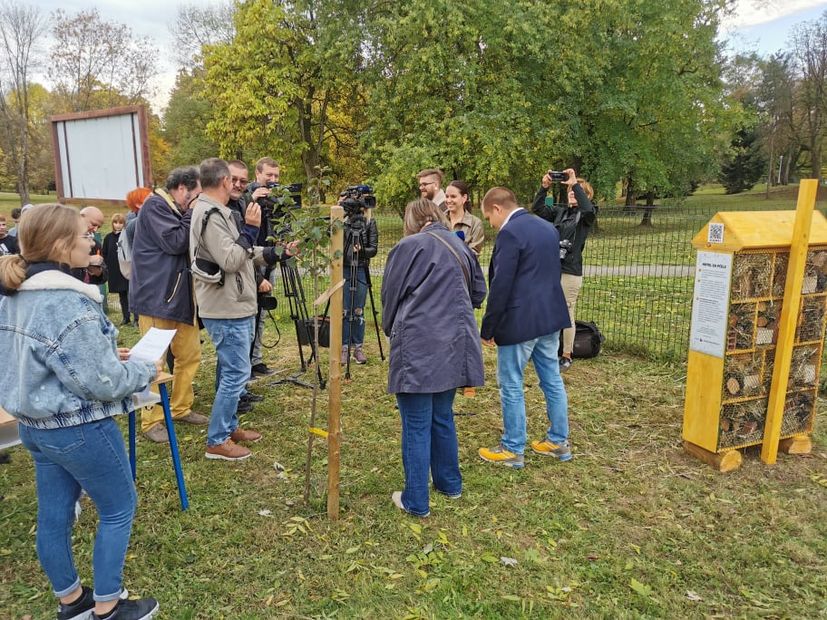 According to Cro Buzz Kilma project manager Ana Ješovnik, about 90% of plant species and 75% of agricultural crops depend on animal pollination and in the Croatian climate the most important pollinators are insects, primarily wild bees. 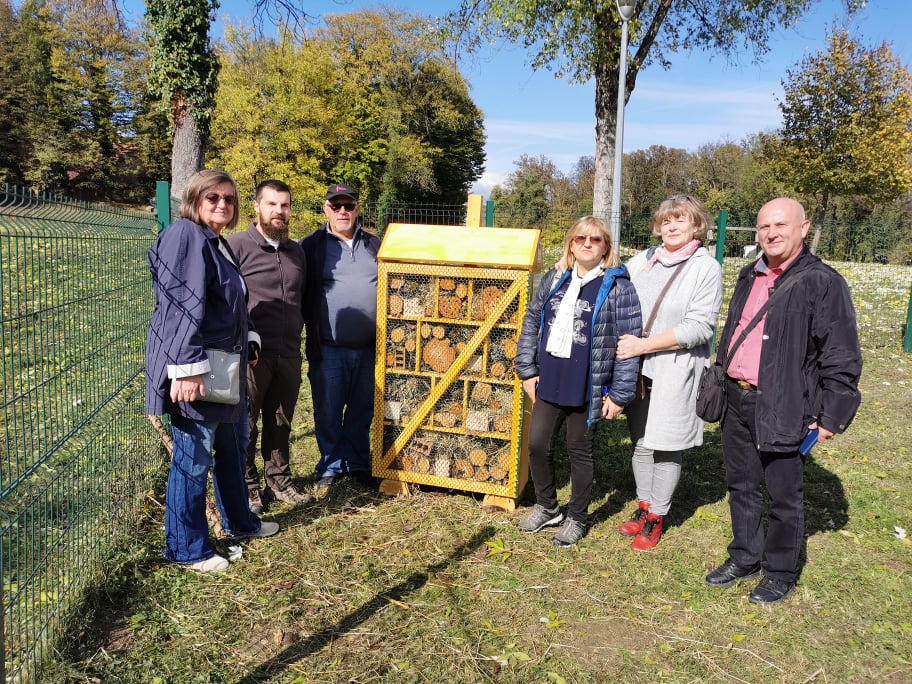 There are 725 different species of wild bees in Croatia.