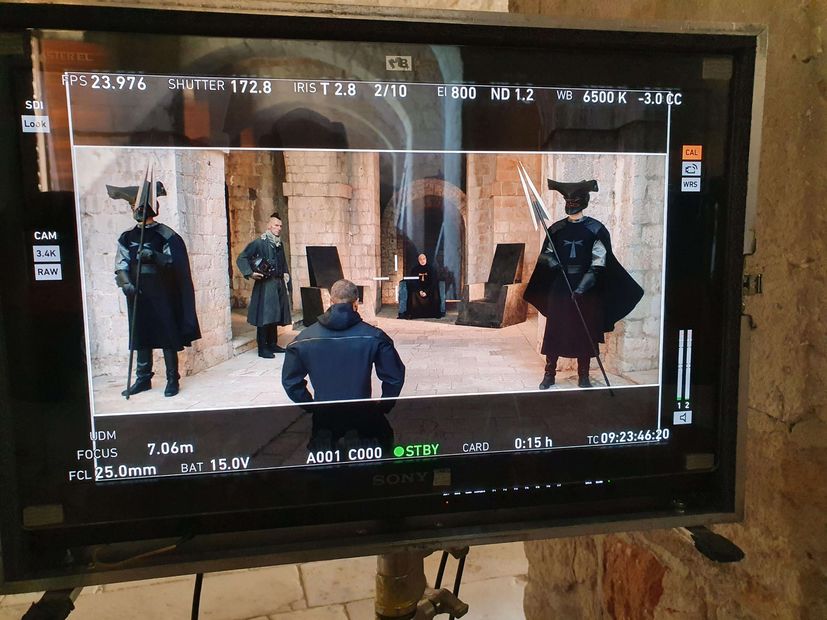 The Islander movie set in Dubrovnik

DUBROVNIK,  September 24th, 2020 – An American-Croatian movie production, The Islander, a fantasy and adventure film often referred to as the Croatian version of The Hunger Games series, has successfully been completed.

Filming took place in the southern Dalmatian city of Dubrovnik, in a highly safe & anti-infection controlled environment, with over 250 COVID-19 tests being performed on the crew members and the staff involved in the project.

The plot takes place in the post-apocalyptic world and explores the relationship between a man and the dying nature. The movie production includes notable names within the film industry from the United States and Great Britain, such as Joey Ansah (The Bourne Ultimatum, Street Fighter: Assassin’s Fist & The Old Guard), James Cosmo (Brave Heart), Caroline Goodall (Schindler’s List; Hook 1991, Cliffhanger 1993, Disclosure 1994, White Squall 1996 and The Princess Diaries 2001), Marco Ilso (portrayal of Hvitserk on the History Channel series Vikings Viking) and Gilles Geary (The I-Land 2019, The Path 2016 & Echo Boomers 2021), a prospective U.S. actor with Dutch roots.

The medieval town of Dubrovnik, with its impressive city walls, has been transformed into a mythical city of Argos by using special effects and a video game post-production geo-mapping technology. 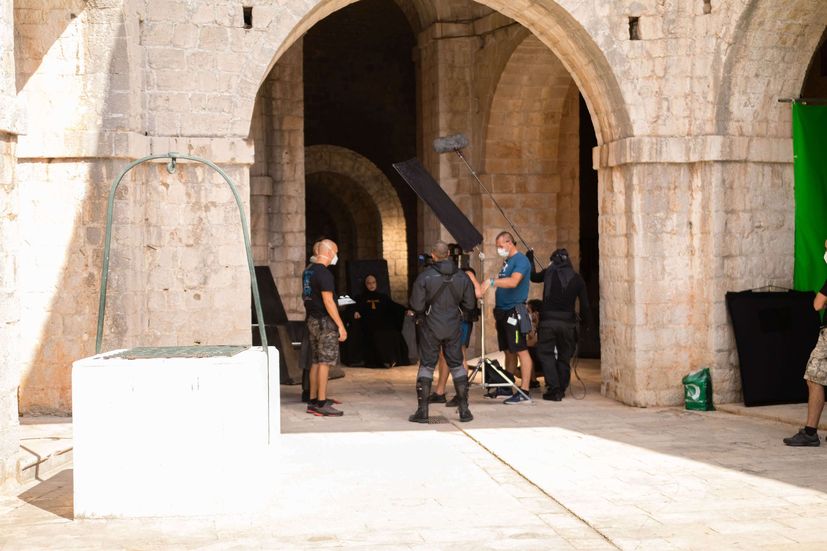 Dubrovnik has previously drawn high-profile Hollywood productions, such as The Game of Thrones and Star Wars.

“There’s a sense of irony in the fact that the idea of our story in The Islander series was brought about a couple of years ago. Now, after two years we got back on the set to do the sequel exploring the fantasy post-apocalyptic world, only this time our crew had to live through a real sense of another social apocalypse, caused by the COVID-19 and the anxiety from the unknown. Our crew members, among which are many Americans & Brits, are all amazing people, did a great job in making the best of the situation“ said Neb Chupin, the Croatian-American producer. 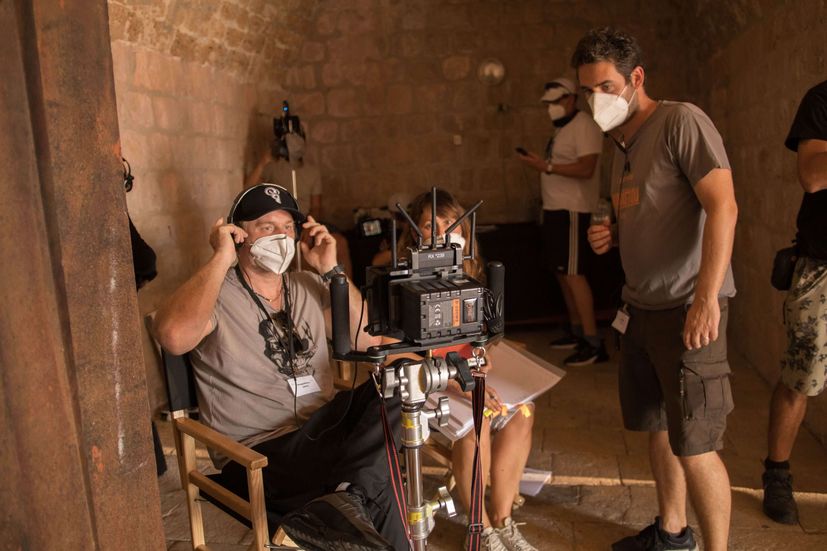 The Eyes of the Hollywood & Great American-Croatian Relations

“We are happy that some of the major Hollywood productions, such as The Game of Thrones, Star Wars & Robin Hood, all had great experiences previously filming in Dubrovnik, Croatia. We are happy to share a blimp of positivity with our international moviemaking community. A sense hope is much appreciated given that several high-profile productions have recently been stopped due to COVID-19 infections breaking onto the set, such as Batman & The Matrix,” said Chupin. 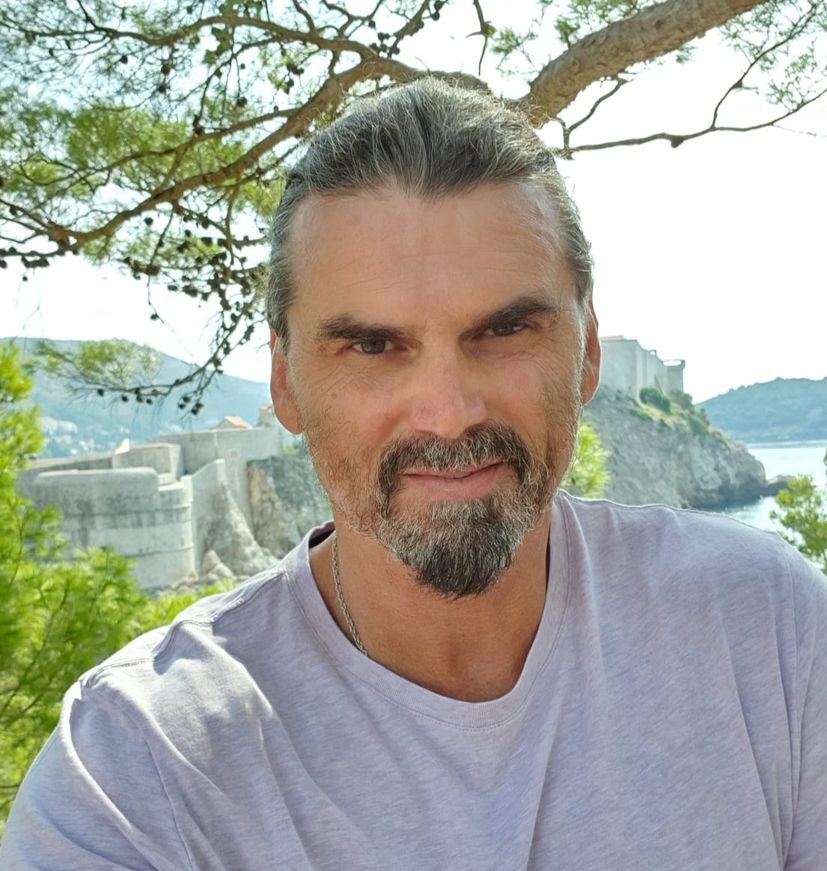 An interesting fact is that Croatia was among the few EU countries to have enabled American citizens to enter Croatia under a reasonably relaxed entry regime during the summer of 2020.

The story of such a regime and the Americans eagerly travelling to Croatia in 2020, was covered through the show Good Morning America on the ABC News. 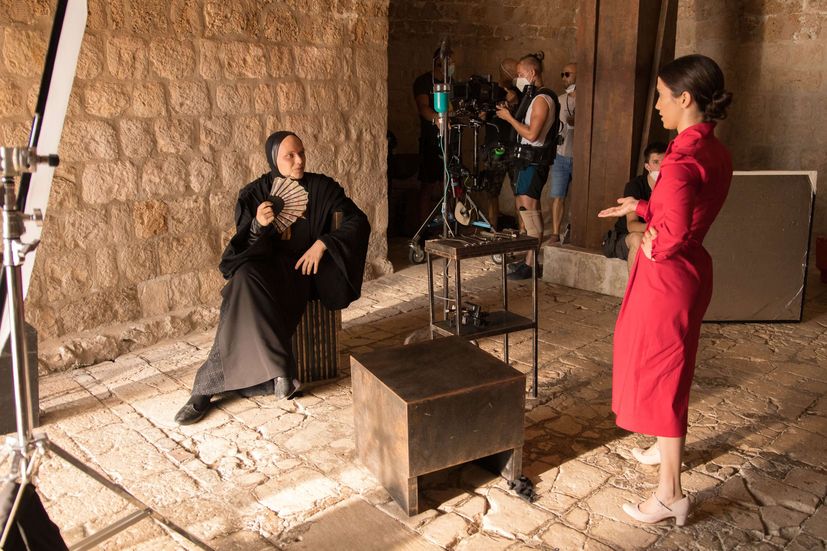 COVID-19 Conditions on the Movie Set

Given that in certain moments there were close to 200 people working on the set, the production had to follow a rigid security protocol that used THE “isolated bubble“ working station concept. 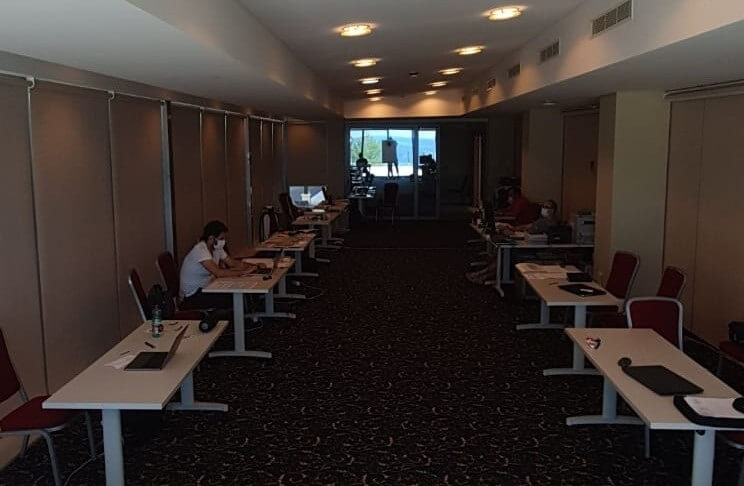 All production processes in The Islander were strictly divided into separate departments: costume design, visual effects, camera crew, creative personnel, actors, and extras. Each department had to be working within its own isolated unit, and cross-departmental interactions were minimal. Only a few people interacted & the interactions were mapped out to the extent that each person on the set knew where they could move, who they may contact, when and for how long. The use of masks and protective body mask shields on the set was mandatory. What made this unique is that most of the actual costumes used on the screen were purposefully designed to also provide protection from the COVID-19 virus. 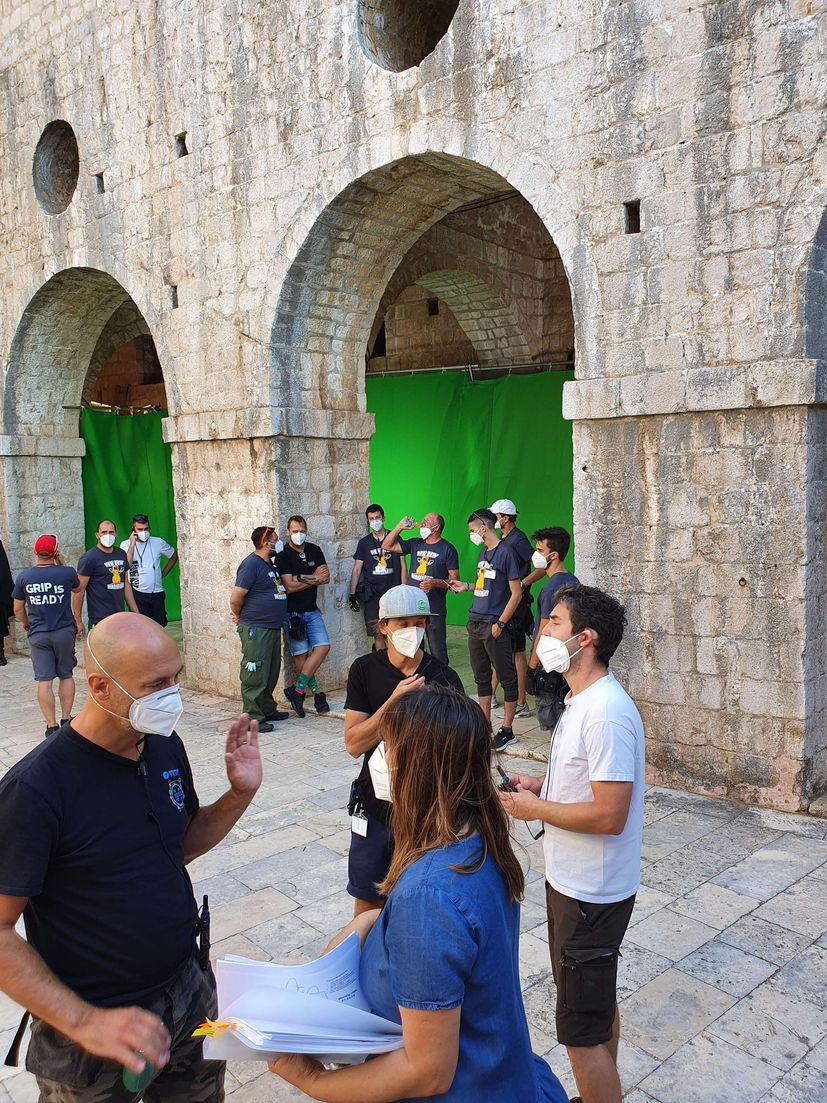 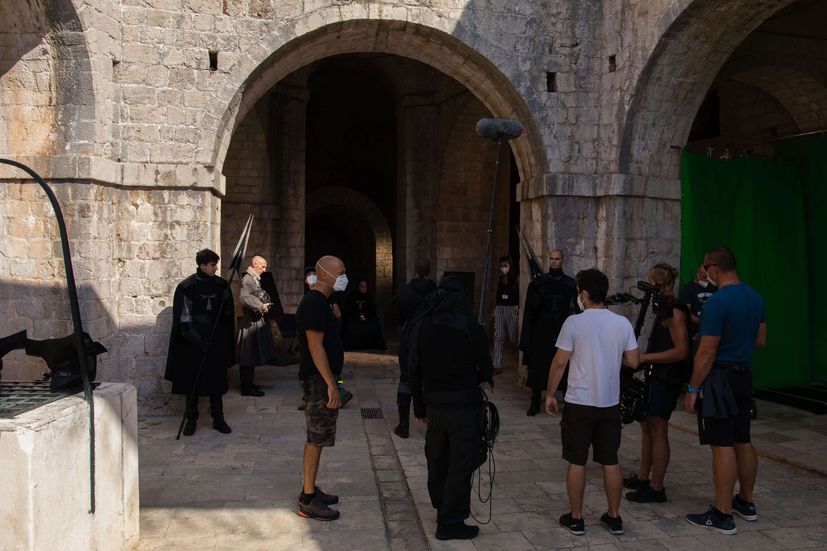 Joey Ansah, the British actor known for martial arts and roles in The Bourne Ultimatum, Street Fighter: Assassin’s Fist, and The Old Guard had a part in The Islander and had is sharing his sentiment in regards to filming under current circumstances: “First, we are grateful to be working and doing what we love. We see it as a huge opportunity to work safely in the new reality. It’s like every movie really, in that we need to take care of each other in order to make the best film in the end.“ 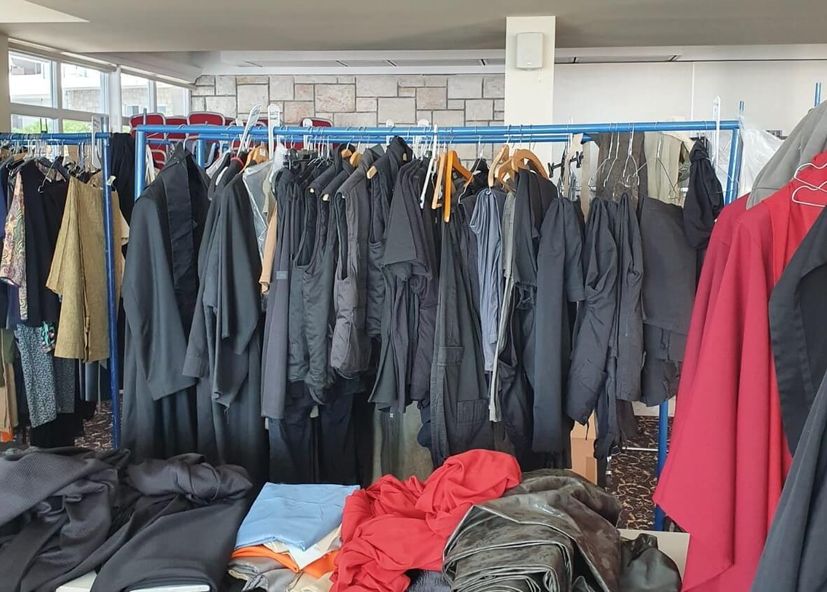 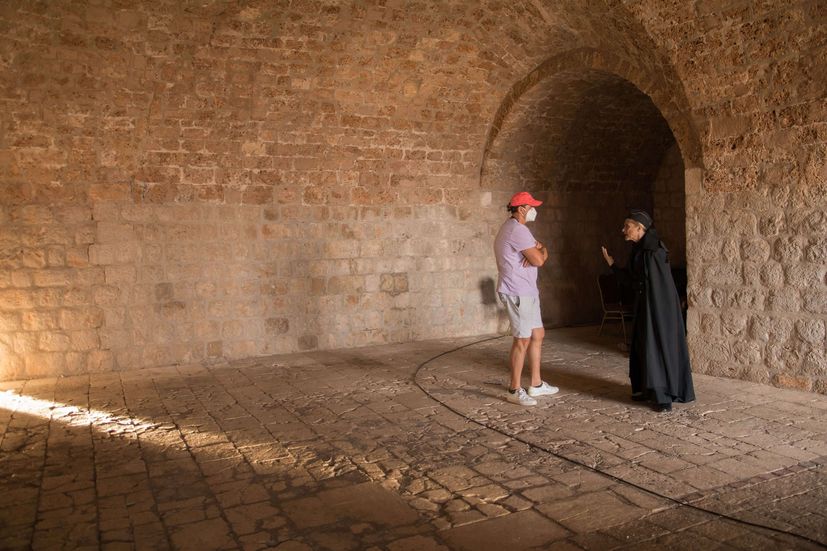 Caroline Goodall, a cult British film star has added: „I feel fantastic. Everyone is being amazing. We are in the most beautiful place in the world, which is Dubrovnik, within St. John’s fortress which I normally wouldn’t be able to get into. Because of the pandemic, we are actually able to be here. I feel really honoured. They have treated us so well. This is actually the 2nd movie that I have been fortunate to pick up on after the start of the pandemic & I am feeling really good. Everyone’s been fantastic in treating us great. It’s good to be back“.

Set in a dynamic, post-apocalyptic future, the Islander series is essentially a critique of the modern world. Issues such as neglecting nature, while championing the struggle for power in order to surmount, manipulate others while building walls between people, are the critical questions that the movie is tackling. These ideas trickle down through a plot in which Neb, a young man, is struck by lighting as a boy and has been haunted by visions of the future ever since. Neb is from Fig Island, part of the “New World”, comprised of many islands and one large mainland called “Argos”. “Argos” is surrounded by massive walls that protect it from the power of the ocean and controlled by THE THREE, a powerful group of 300-year old founders of mysterious origin. 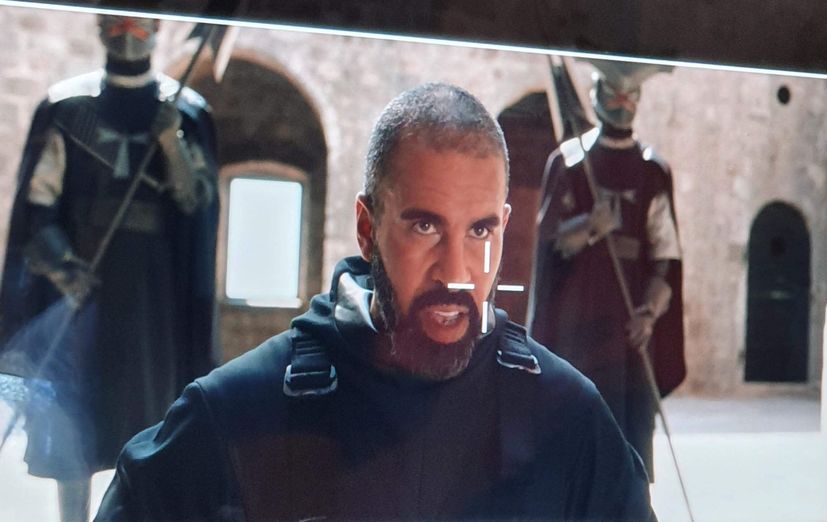 The Islander project has generated a notable number of overnights & local expenditure in Dubrovnik, especially during the travelling hiatus caused by the COVID-19 crisis.

Royal Hotels & Resort, which has hosted the film crew for over one month, are happy to have been recognised as a valuable partner from The Islander II production. Guests from the United States represent the 2nd largest inbound market in Dubrovnik, after the U.K. 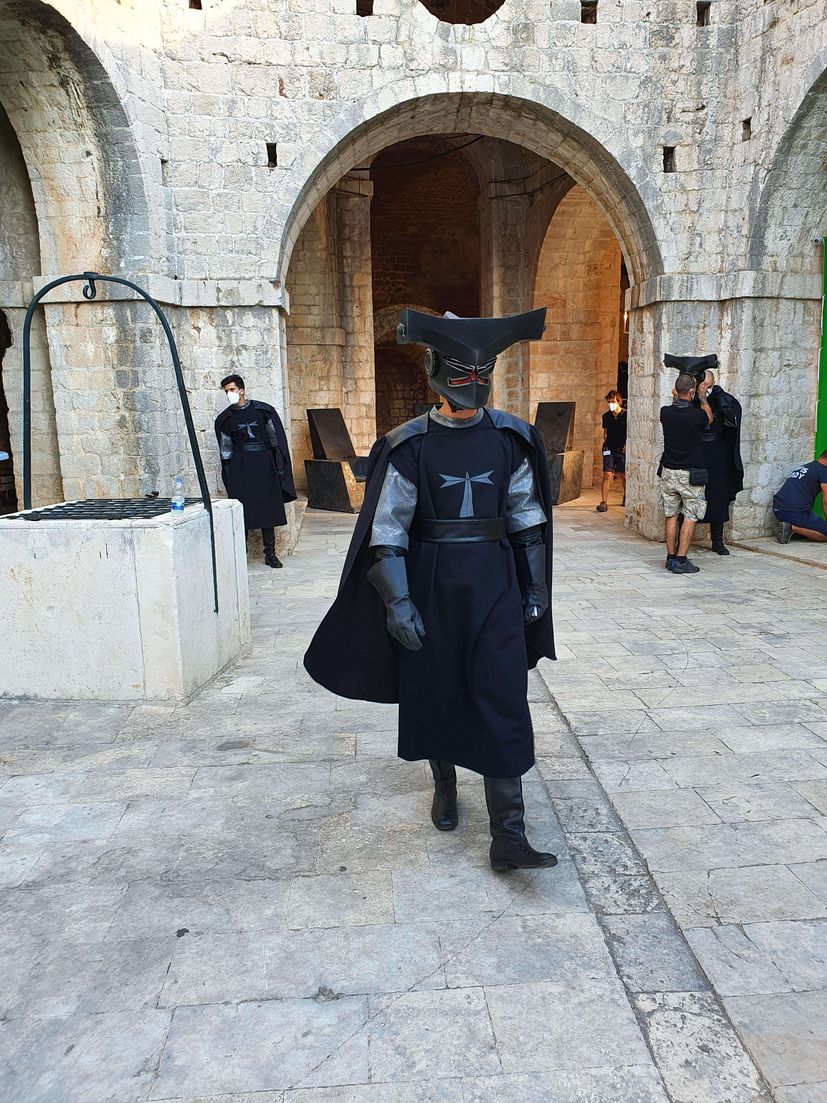 The circumstances this year in that respect were challenging for all Dubrovnik hotels.

“We are happy to have been selected as an official hotel host for the film crew due to our high sanitary and safety anti-COVID-19 standards. Croatia was among the few EU countries to have enabled American citizens to enter Croatia under a reasonably relaxed entry regime during the summer of 2020. Croatia has maintained a relatively low index of COVID related infections and deaths, and this gives us enough optimism to welcome the U.S. guests again in 2021,“ says Tom Zovko, the General Manager for Royal Hotels & Resort.

“We are a medium-sized luxury hotel group of 5 high-end hotel properties in Dubrovnik that is proud to have been continually recognised for the service excellence on the American market by the largest travel review site from the U.S. (TripAdvisor). Some of our physical and service attributes were extremely helpful during the COVID-19 crisis, such as the spacious outdoor areas of our dining venues, and the fact that our venues are separated, yet all within a walking distance from each other: the guests easily maneuver from hotel properties to 9 swimming pools, 5 restaurants and the seaside promenade connecting the complex with the old town of Dubrovnik. The Resort is the only local property with offers of such characteristics in Dubrovnik. 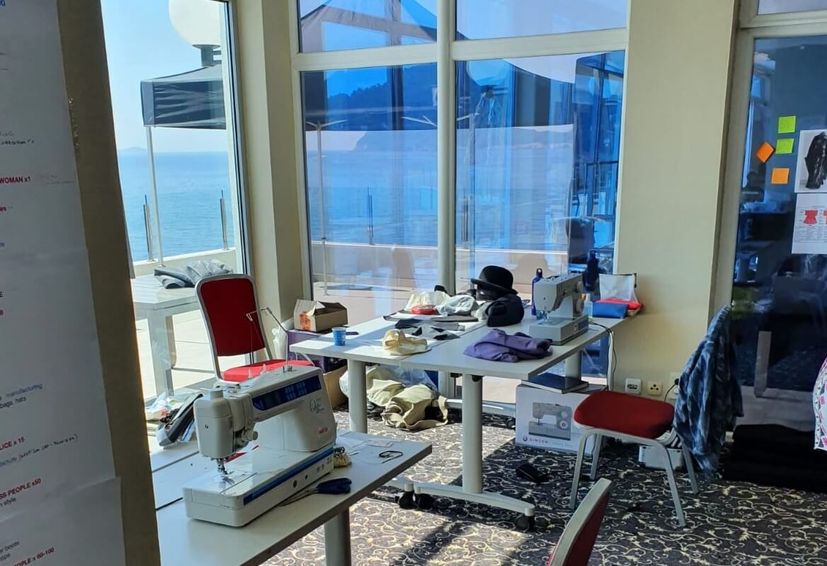 We are excited about the 2021 season and new opportunities to welcome our friends and guests from the United States,” adds Tom Zovko from Royal Hotels & Resort.