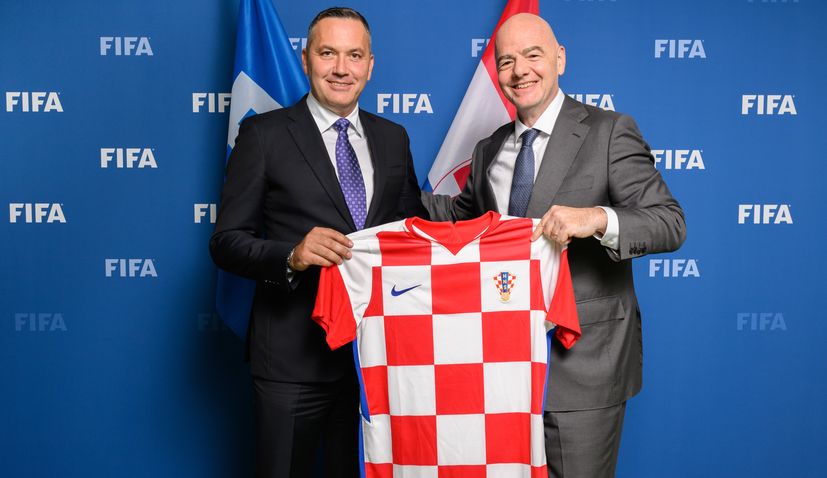 FIFA President Gianni Infantino has welcomed a delegation of senior figures from the Croatian Football Federation (HNS) to FIFA’s office in Paris, for a series of fruitful discussions on a wide range of football matters. Following the meeting, FIFA President Gianni Infantino said: “It is always a great pleasure to host my friend, President Marijan Kustić. Since his election in 2021, football in Croatia has continued to thrive – from the grassroots game to the greatest stage in international football – the FIFA World Cup – this wonderful country continues to be a shining example of good governance, elite football development and continued progress. “Four years ago, Croatia reached the final of the FIFA World Cup. I once again congratulate everyone at the HNS for this remarkable achievement, and I look forward to welcoming you all to Qatar in November for the next edition.”

Among the topics of discussion were the upcoming FIFA World Cup Qatar 2022™, the opportunities provided by the FIFA Forward Programme – including the ongoing success of the Vlatko Marković Tournament, an annual youth competition organised by the HNS and supported by FIFA Forward funds. 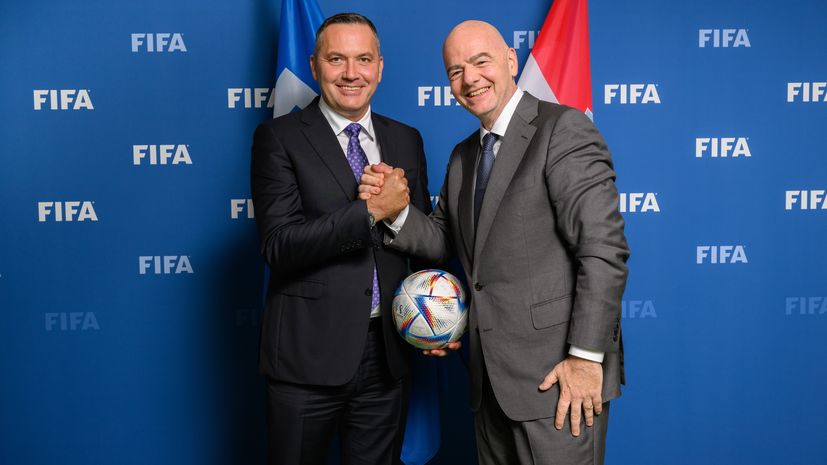 The delegation also discussed FIFA’s other funding opportunities for member associations, as well as investments into infrastructure, women’s and amateur football.

“The HNS supports the work that FIFA is doing to develop football through the processes that have been established by FIFA President Gianni Infantino. Under President Infantino’s leadership, FIFA has made important steps forward, and they’re doing a huge amount of work in terms of investing in football development around the world. 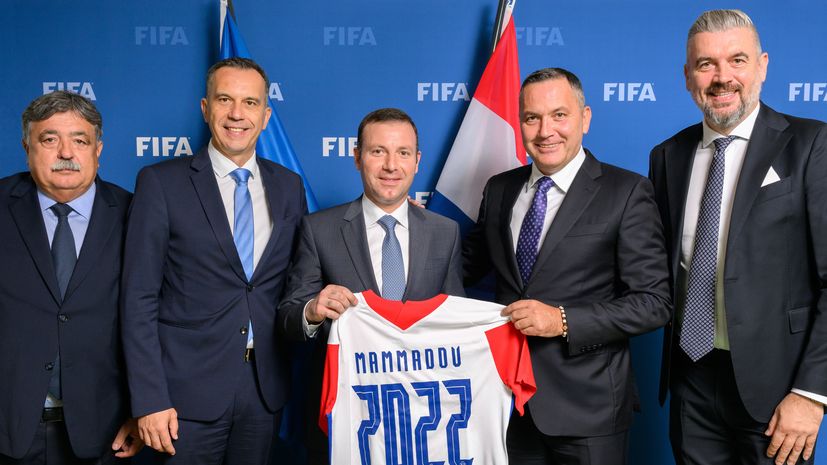 “The Croatian Football Federation has been successfully using the funding available to us, and today we discussed other ways in which we can work with FIFA to grow football in Croatia. In particular, we look forward to FIFA’s support when it comes to developing national football center. Regardless of the challenges around the tournament in Qatar, which both FIFA and HNS are aware of, we share our excitement around the coming World Cup and we’re certain that we have a true spectacle ahead of us. It’s always humbling to hear compliments on account of Croatian football and our national team, and we’re committed to continuing to work hard and to make the right investments in order to honour the story of the Croatian national team and our reputation in the football world.”

At the end of the meeting, representatives of FIFA and the HNS exchanged gifts, with President Kustić presenting President Infantino with a personalised team shirt of the 2018 FIFA World Cup Russia™ runners-up.