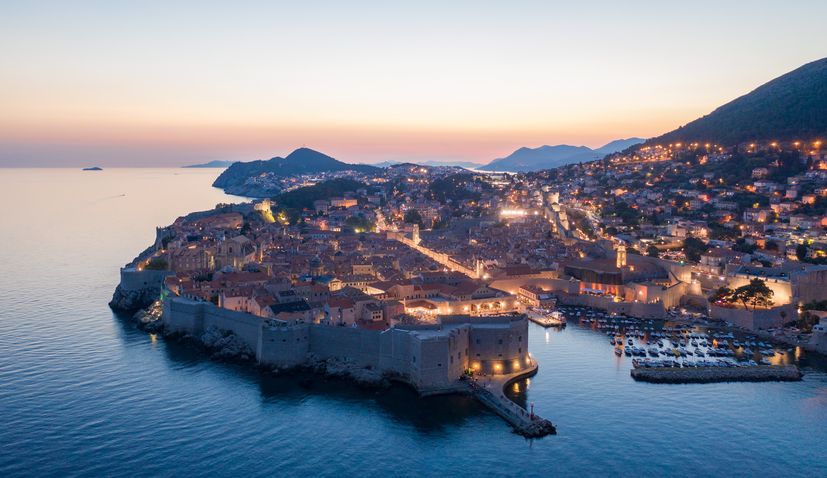 DUBROVNIK, 7 August 2021 – Every summer, the beauty of Croatia, and particularly Dubrovnik, attracts famous faces from all over the world.

This summer has been no different. Currently holidaying in the ‘Pearl of the Adriatic’ is one of the most famous actors in the world and also a music legend.

American actor Harrison Ford (78) was out sightseeing in the Old Town of Dubrovnik last night with his son Liam and wife, actress Calista Flockhart, the main protagonist of the popular series Ally McBeal, dubrovniknet.hr reported.

Ford is no doubt enjoying some rest in Croatia after injuring his shoulder in June during the shooting of the fifth sequel to the film about adventurer and archaeologist Indiana Jones in the UK.

Harrison Ford strolled around the city in a causal black T-shirt and pants, and despite being him and his wife being well “camouflaged” with dark glasses and masks on their faces, were still recognised.

Ford gained worldwide fame for his role as Han Solo in Star Wars and is also best known for his role as Indiana Jones. He has also starred in numerous films over the past six decades.

Photos of Harrison Ford and Calista Flockhart in Dubrovnik can be seen on dubrovniknet.hr

Taylor arrived in Dubrovnik with his wife Sarina Potgieter (49). The musician and actress enjoyed a leisurely walk around the city in the company of friends, and after being spotted by a photographer on Stradun, they were happy to pose for photos and were in a great mood, Vecernji list reported.

As a songwriter, Taylor contributed songs to Queen’s albums from the beginning, composing at least one track on every album, and often singing lead vocals on his own compositions. He wrote or co-wrote three UK number ones – “These Are the Days of Our Lives”, “Innuendo” and “Under Pressure” and contributed to a further five major hits – “Radio Ga Ga”, “A Kind of Magic”, “Heaven for Everyone”, “Breakthru”, and “The Invisible Man”.

Taylor was voted by radio listeners as the eighth-greatest drummer in classic rock music history in a poll conducted by Planet Rock.

Photos of Taylor in Dubrovnik can be seen on Vecernji.hr.