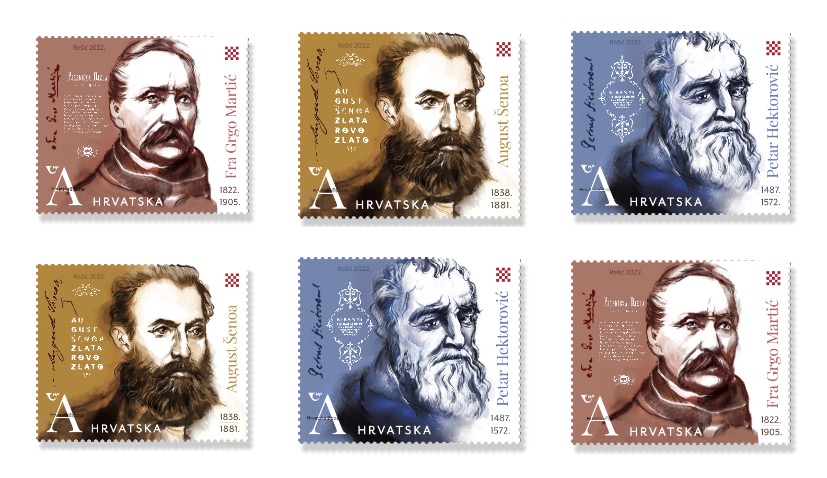 New edition of a series of commemorative postage stamps

The circulation of the series is 30,000 copies per motif and they are issued in sheets of 20 stamps. 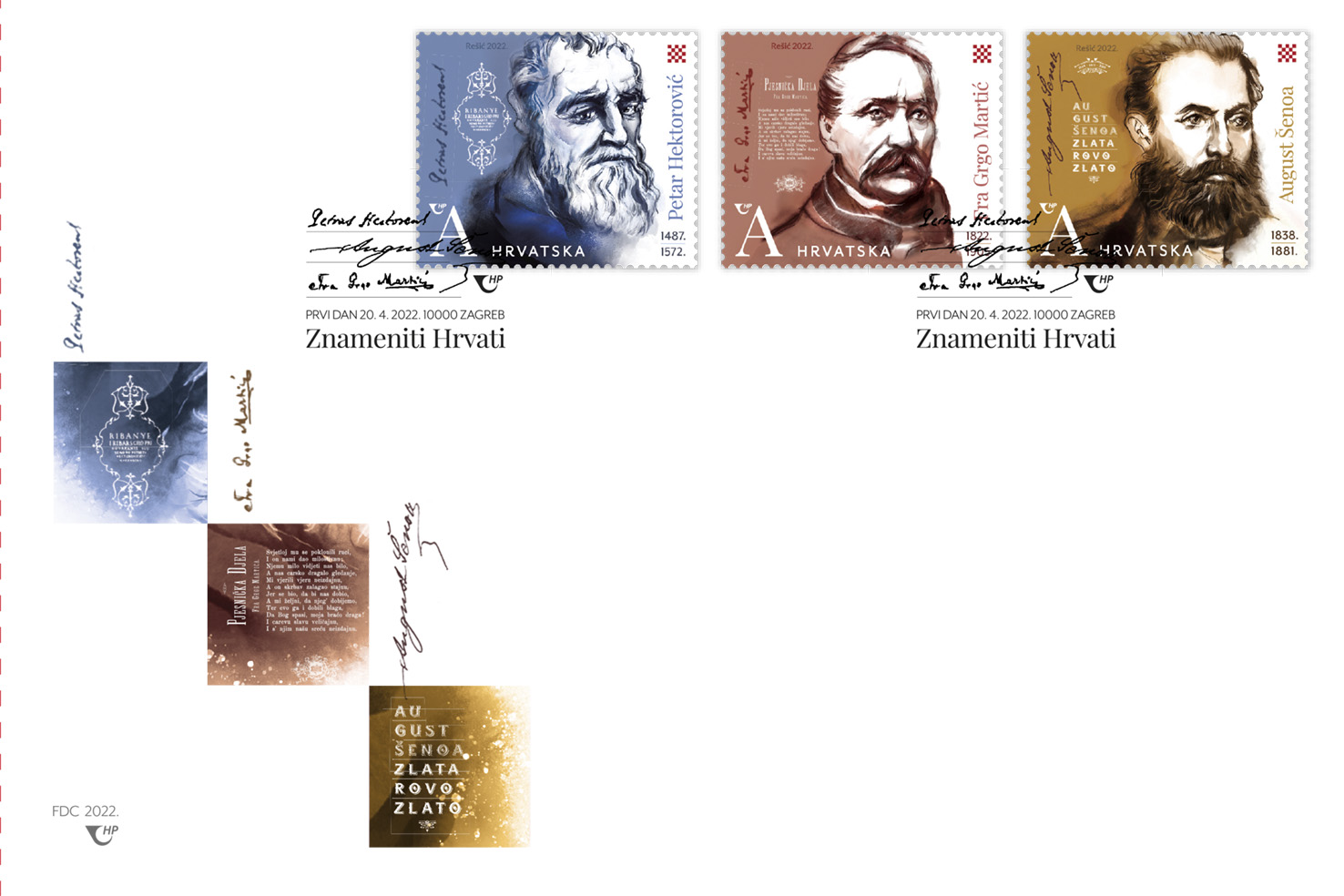 The text on the occasion of the release of new commemorative stamps was written by prof. Dr. Cvijeta Pavlović from the Department of Comparative Literature at the Faculty of Philosophy, University of Zagreb. 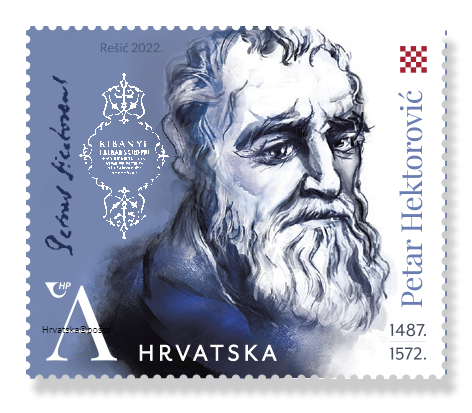 Petar Hektorović (Petre), a Croatian erudite and poet, was born between 18 February and 1 July 1487 in Stari Grad or Hvar on the island of Hvar as a descendant of a patrician family, Hvar’s “grandfathers”.

He was probably educated at the Hvar Humanities School, and continued his education with the Dominicans in Split. Around 1520, he started building Tvrdalj in the Old Town, a fortress palace with a park and a pond. He corresponded with dignitaries and writers of the humanities from Dubrovnik through Stari Grad and Hvar to Split, Trogir and Zadar.

He traveled to Dubrovnik in 1557 to visit friends, and was hosted by the poet Nikola Nalješković. He died in the Old Town on March 13, 1572. He left the estate to his illegitimate daughter Margarita, and distributed movable property to servants and the poor.

He included literary texts in the epistolary framework as letters to friends. Among the translations, the Book of Ovid stands out from the figure of the beloved (1528), in whose accompanying epistle he presents his views on translation.

It is assumed that in the first phase of his literary career he wrote love poems, but what has survived reveals a man who thinks about the futility of earthly goods and God’s grace (Tombstone of Frane Hektorović, etc.).

The famous book Fishing and Fisherman’s Complaints and the Differences of Things (completed in 1556, printed in 1568) contains other literary forms in addition to the travelogue eclogue in double-rhymed twelfths.

He praised Marko Marulić in Fishing and Fishermen’s Complaints, and with a trip to Dubrovnik and a prose letter to Mikša Pelegrinović (1557) he paid tribute to the culture and literature of the Croatian south and affirmed the idea of canons and classics, role models in the past and present. 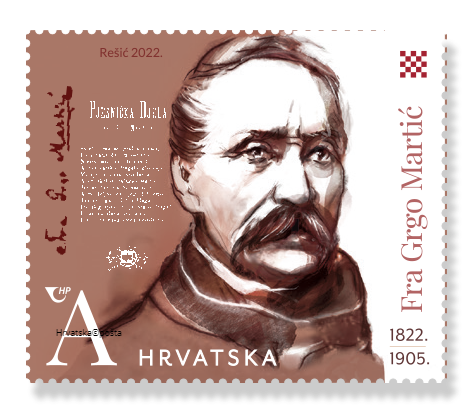 Fr. Grgo Martić (Grga, Mato) was a participant in the Croatian national revival movement, poet, travel writer, collector of oral poems, participant in the Illyrian movement in Bosnia and Herzegovina and Croatia, correspondent in Croatian periodicals and translator.

Born on January 24, 1822 in Rastovača near Posušje in Herzegovina, he entered the Franciscan monastery at the age of twelve (1834), attended high school in Kreševo and Požega, completed his philosophy in Zagreb, and his theological studies in Stolni Biograd in Hungary). He was ordained in 1844 in Travnik.

He traveled in Bulgaria, Turkey, Austria, Italy and Croatian regions, he knew classical and modern languages.

His work is synonymous with writing for a wide readership. He published memoirs, historical-narrative, epic and occasional poetry, political and religious works, as well as textbooks in Zagreb, Osijek, Đakovo and Sarajevo.

At the celebration of the 400th anniversary of the discovery of America in Rome, he read his poem dedicated to Christopher Columbus.

Together with Ivan Fran Jukić, he prepared a collection of epic poems, Folk Songs of Bosnia and Herzegovina (1858). The epic poems Avengers (1893), written in the tenth century, enjoyed great popularity, as did other individual poems.

In his poetic travelogues, he benevolently portrayed all the peoples inhabiting Bosnia and Herzegovina (Journey to Dubrovnik from Kreševo in 1882, Journey to Makarska in 1884). Religious song Defense of Biograd in 1456: celebration of St. Ivan Kapistranski (1887) is dedicated to the defense of Christians from the Turkish invasion, and Posvetnici (1895), modeled on Gundulić’s Tears of the Prodigal Son, speaks of persons and events from the Catholic Church.

He died on August 30, 1905 in Kreševo, Bosnia. Memories (1829-1878), autobiographical memories of life and encounters with people who played an important role in the last decades of Turkish rule in Bosnia and Herzegovina were gradually published. 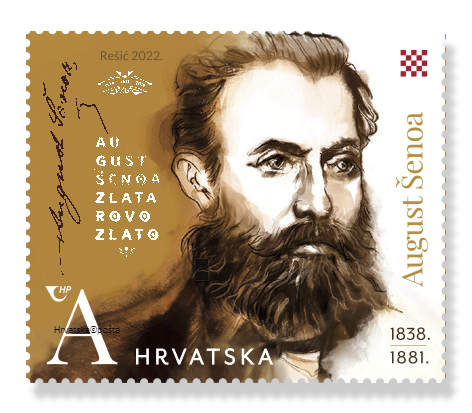 He edited the newspapers Glasonoša, Slawische Blätter, Pozor and Vienac, was the artistic director, then dramaturg of the Croatian National Theater, city notary and city senator and vice-president of Matica hrvatska.

He is one of the most deserving for the arrival of Ivan pl. Zajc to Zagreb and the founding of the permanent Croatian opera. It attracted a large number of readers and created a Croatian readership that no longer preferred German-language literature.

He followed theatrical events, laid the foundation for the modern sub-leaflet and turned it into a literary genre. He translated classics and contemporaries and compiled poetic anthologies. His songs were set to music and became part of traditional culture (Posavke – O ti, dušo moje duše!, Ribareva Jana, etc.).

He discovered a number of new writers and supported them in their work. After the earthquake in Zagreb on November 9, 1880, he worked tirelessly on the site of the ruined city, writing in parallel, and died of the effects of inflammation on December 13, 1881 in Zagreb.

His work is a symbol of the successful reconciliation of two literary functions: popular literature and writing at an aesthetically appropriate level. It marked the Croatian cultural life of the second half of the 19th century to such an extent. century that the period in which he worked is called by his name – Šenoa’s time (1865 – 1881).