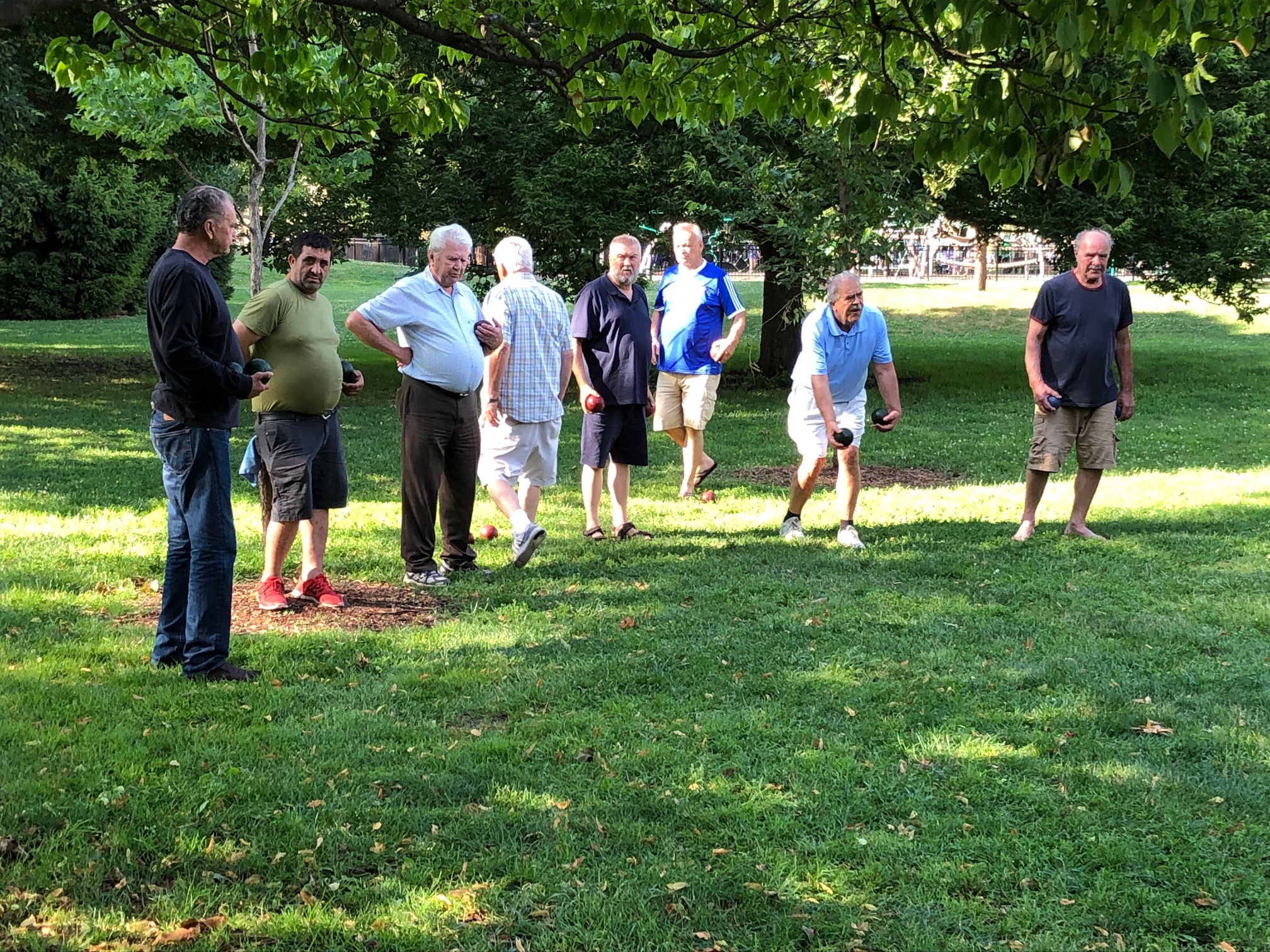 CHICAGO, 24 July 2019 – For more than three decades, a group of Croatian immigrants have gathered most weekends on a slice of Welles Park in Chicago’s Lincoln Square preserving a piece of their cultural heritage with animated games of bocce. They gather every Saturday and Sunday afternoon, kept away only by holidays, family events, rain and cold.

“I think it’s great. They’ve become a staple in our community. Everyone knows about the Croatian bocce ball players at Welles Park,” says one long-time resident of the neighborhood. “The games are friendly yet intense and the men are always very welcoming whenever approached with questions about the game itself, the rules, or even the origin of their accents.” 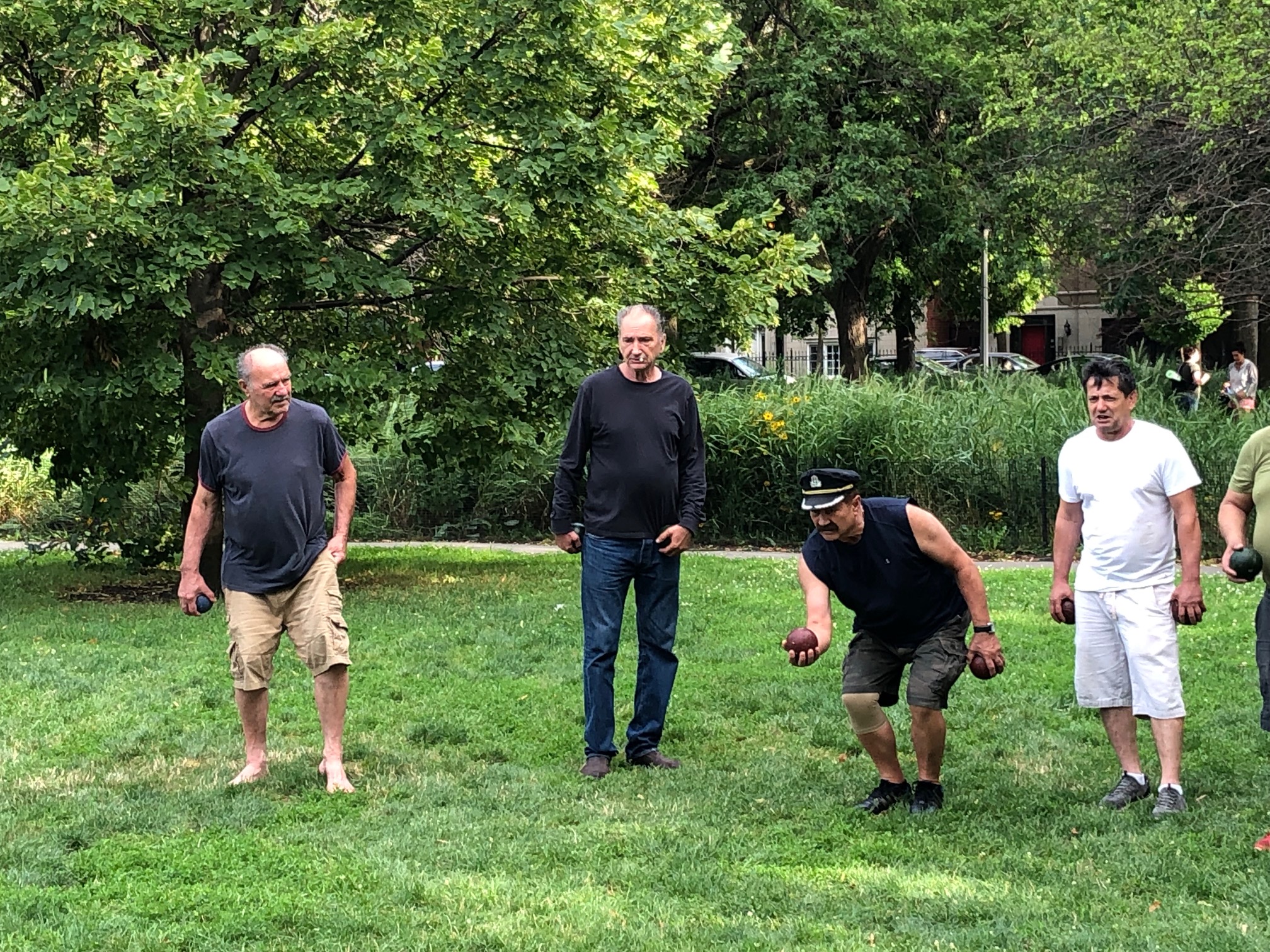 Most of the men came to America within only a few years of each other in the late 1960s and early 1970s, and some were friends in Croatia before traveling to Chicago.

They have labored long hours through similar careers – electricians, plumbers, painters, maintenance workers – and all of them have raised families and sent their children to college. 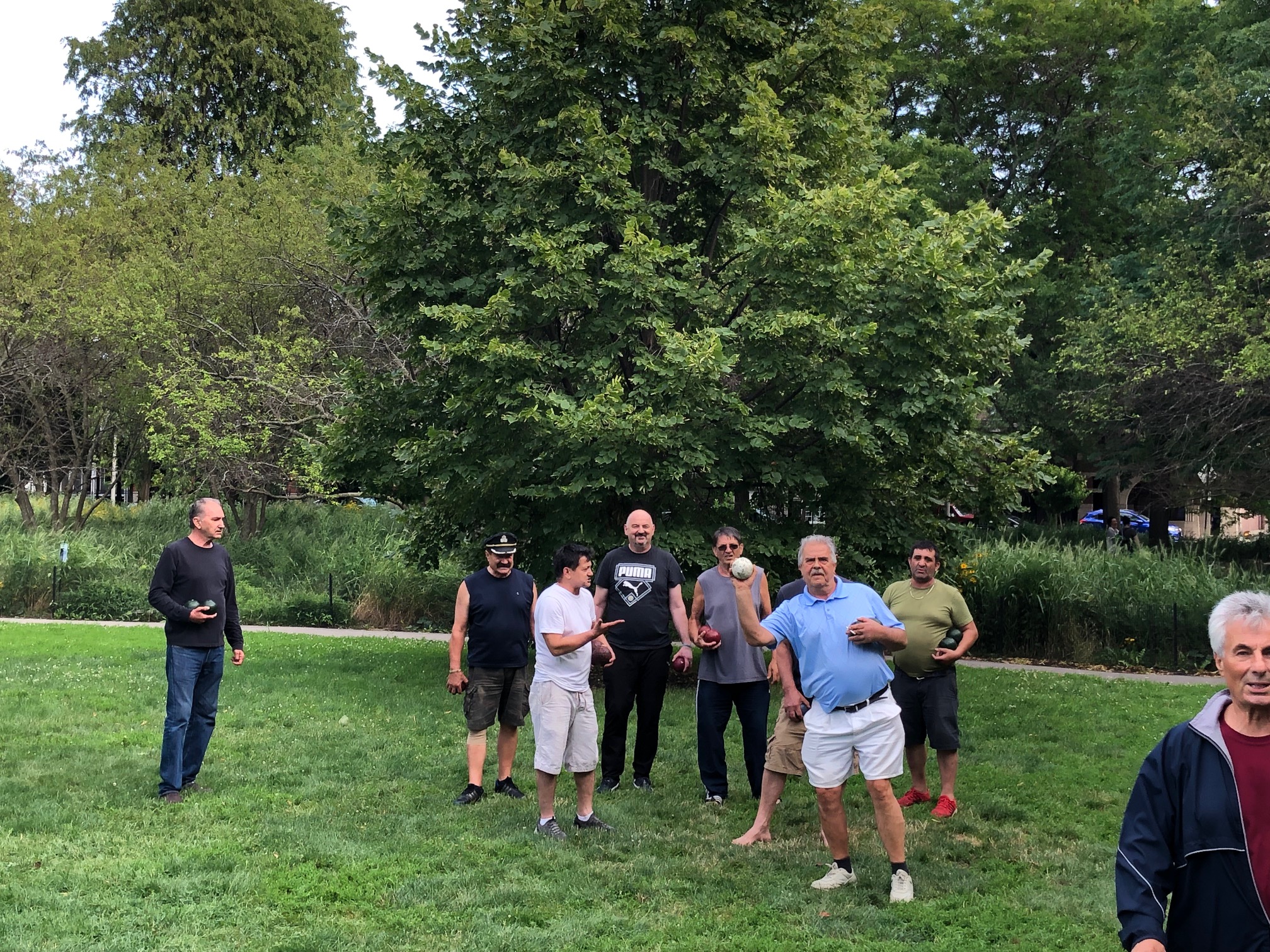 Some of them are now comfortably retired, while others are enjoying their final years on the job. Through it all, however, there has been bocce, and the park, and the nights and afternoons spent among friends.