Tottenham Hotspur will head to Zagreb with a two-goal advantage after the first leg of the Round of 16 Europa League tie in London tonight.

Jose Mourinho’s side won 2-0 tonight Tottenham Hotspur Stadium thanks to a brace either side of the break from England captain Harry Kane.

Dinamo made a bright start and nearly surprised the home side in the first minute when Mislav Oršić found himself one-on-one with Lloris after a mistake in the Spurs’ midfield but his shot lacked any real power.

Tottenham would open the scoring in the 25th when Kane tapped home after Lamela’s shot came back off the left-hand post. 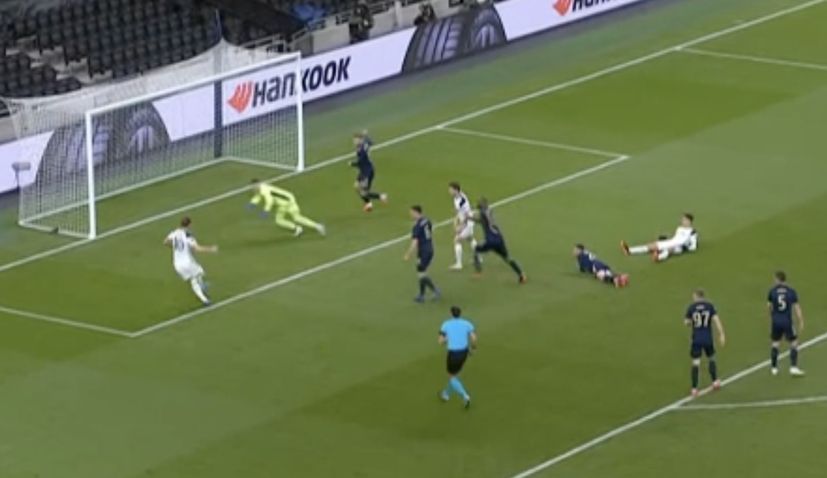 The goal was Kane’s 25th goal of the season in all competitions and fittinglly came in the 25th minute.

Dinamo done a good job controlling the number of chances for Tottenham in the first half but they could not hold on for another 45 minutes and the home side started to dominate in the second half.

Although Bruno Petković had a chance to equalise 15 minutes into the second half, tt was no surprise when Tottenham doubled their lead in the 70th minute when Kane got his second, firing a low shot past Dominik Livaković in the Dinamo goal after Théophile­-Catherine failed to clear.

There was worrying news for Spurs as Kane had to nurse a big ice pack on his knee after coming off late in the match.

The Croatian champions will be disappointed that both Tottenham’s goal’s were gifts and that they could not snatch an important away goal themselves.

Dinamo will have their work cut out at Maksimir Stadium next Thursday to stay in the Europa League.