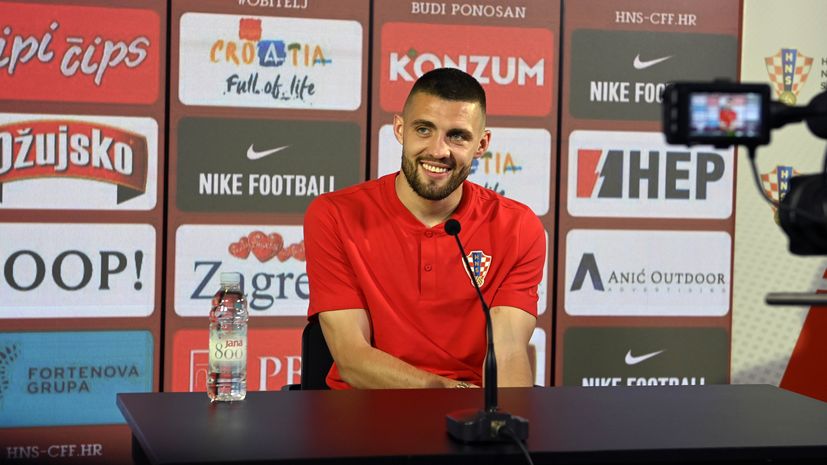 ROVINJ, 11 June 2021 – Midfielder Mateo Kovačić and keeper Dominik Livaković have faced the press on Friday ahead of Croatia’s Euro 2020 opener against England.

“We have a very difficult game ahead of us, the English are young, good, fast and aggressive. They play at home, the fans expect a lot, but we are ready. We are preparing well. After winning the Champions League, the English internationals from Chelsea and I wished each other luck for Wembley, when we see each other on opposite sides, when everyone will fight for their country,” he said.

The 27-year-old says there is no lack of motivation among the Vatreni, and the success from Russia has set the bar of fan expectations high.

“The atmosphere is really good. We are a little more relaxed in Rovinj because we are in our own country, it is wonderful to be here, and I hope that we will have good results so that the mood is even better. Every player gives his best in every training session. This is a great tournament for us and we know that a lot is expected of us. The most important thing is to stay calm, focused on the first game and go for the victory, which would give us a big ‘push’ for the other matches. I will do my best again, as always,” he said.

Kovačić’s performances for Croatia have come under criticism from some football writers in the country.

“I have no comments on them because there aren’t many of them. In our country, everyone is considered an expert, but there are very few of them. I don’t pay attention to comments, which doesn’t mean I don’t respect criticism. With us, unfortunately, it is sometimes ugly and I have to fight it. It is true that I did not provide my best in the national team, but I am here and I will always do my best.”

He says that the most important goal at the tournament is to advance from the group stages, and like Russia in 2018, anything is then possible.

Kovačić says Croatia has one of the best in captain Luka Modrić, who he shared the dressing room with at Real Madrid for a number of years.

“Luka is specific, I don’t know how to describe him. We are very good off the field, I know how he behaves there too… He is a great professional, with great effort and work he came to be the best midfielder in the world even at this age, when many retire. His game is different and he will be remembered, if not as the best midfielder, as one of the best of the past years.”

Dinamo Zagreb’s in-form keeper says that Sunday’s match will be without a doubt the biggest of his career.

“It is very important to start the tournament with a positive result and I hope we will achieve it. My experience with the English is good and I hope it will continue. They have world class strikers, but I believe we can stop them. Kane is great, Sterling is terribly fast, and it is difficult to single out one player who is above all others,” Livaković said. 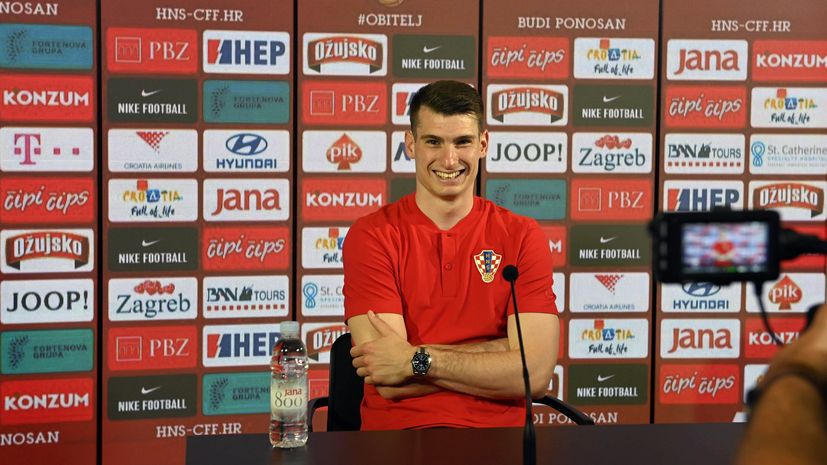 Livaković made his competitive debut for Croatia against England, in the Nations League at Rujevica in Rijeka, and going to Wembley will be the culmination of his football development.

“I don’t think there is anything bigger than playing for my country in a big competition, so the duel with England will be the biggest game of my career,” Livaković concluded.

Croatia and England will meet on Sunday at 3:00 pm Croatian time.