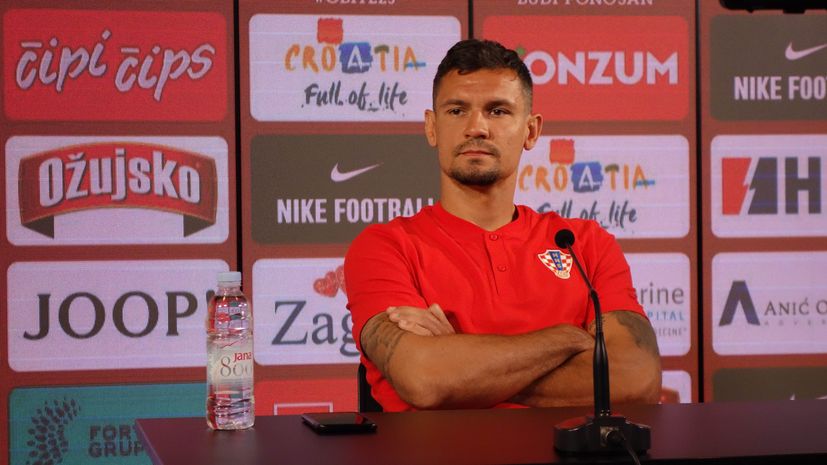 ROVINJ, 15 June 2021 – Positive news for Zlatko Dalić ahead of this Friday’s match against the Czech Republic as defender Dejan Lovren is declared fit to return to train.

Lovren took full part in training on Monday, and at one point in the 7-a-side matches he was not shy in letting off some steam and raising his voice at his teammates.

“I feel great and it’s nice to be in full swing again, and whether I will play in our next game will be decided by the coach. You say that I shouted a little at my teammates, If one of you loses 0:7 you would be angry, you have to do your best in training, there must be no relaxation. It took me a little while, but that’s me,” Lovren said at today’s press conference.

“It’s never good to lose a game. Everyone’s opinion is that we should have given more, we wanted to win, but it didn’t work out, we weren’t our true selves. We did well in some periods of the game, all the way to the goal. I don’t think we were up to par, but we can take it into account, it was really hot. Some things did not gel. It was not the Croatia we know. We have to fix that picture in the next game and do it better.”

How did the defence play against England?

“The defence consists of 11 players, and we should have reacted better to the goal, but they all did a solid job in defence, as did Joško Gvardiol. I don’t know why there is negativity towards Gvardiol, who is only 19 years old. You need to give him space and peace, not make him a star and write great stories. Let it go step by step. He has great talent and let him go on his course. One should be positive and not work the negative sphere. Who was the best, who the worst. Please don’t take an individual and make a big thing out of it. We win together, we lose together.”

“The Czechs are not bad. It was a tough game, Schick’s scored two great goals. They have a very defensive game, they are compact, the game will not be easy at all. If we are our true selves and play as we know and can, we should have no problems. It will be difficult because they are leading the group, they have gained confidence after these three points. We have to be careful on every ball, stand firm and wait for our chances.”

For both Scots and Czechs, set pieces are their strongest weapons

“They are strong in set plays and they have proven that. Especially in the air. They have extremely tall players. We have players who have to keep the ball in our possession and enjoy the game. If the opportunity arises, of course we will take advantage of the set pieces. We have tall players. You need to be firm from start to finish and do it right. We have to take three points however we can. And the Scots, they never gave up, they created a lot of opportunities. They didn’t score, but they are a fighting team that goes for every ball. It may seem simple on paper, but it is not. A difficult match awaits us against the Scots as well. We play on their field in front of their fans.” 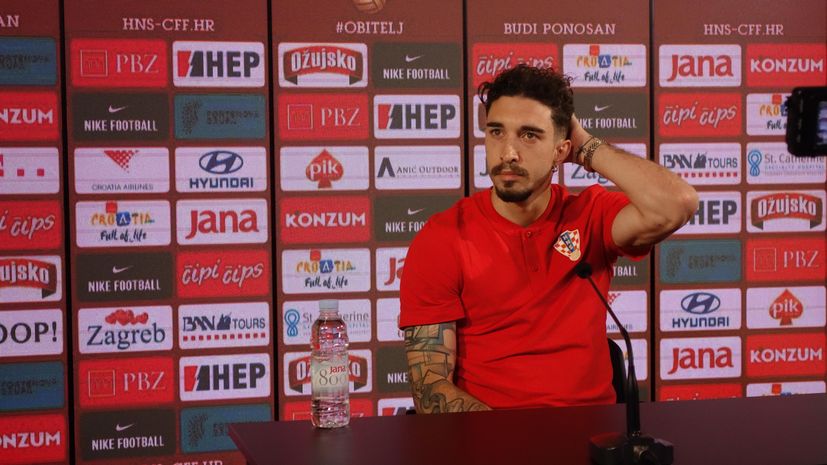 The Atletico Madrid right-back also faced the media on Tuesday.

“We are defending ourselves together. The defence starts with the attacker and ends with the goalkeeper. We don’t need to single out anyone individually, we are a team, we play well collectively and we play badly collectively. There are situations and things to work on. We work hard every day, we analyse, we try. We put ourselves in the service of the national team to look better in the next matches.”

How much do young players mean to the team?

“Young players are fresh blood and energy that can bring a lot on the field and off the field at any time. They are all phenomenal, on and off the field. We are happy and satisfied to see how the future of the national team is here with us, they will one day be the ones who lead all this. The atmosphere is phenomenal.”

In the match against the Czech Republic, everyone expects an aggressive Croatia.

“As for the aggression and the attitude of the national team, the match itself is timed by how much pressure will be needed. It’s from game to game. The next one will require a higher level of pressure and desire for a goal and the result we need to get the atmosphere we all want. There is no Mandžukić, but there are other players who are trying. We give the maximum in training and matches. I hope we get three points in the next game.”

Are you surprised by the performance of the Czech Republic against Scotland?

“We are not surprised by anything. In the coming days, we will do detailed analyses of the national team we are playing with in the next game and prepare for them to the maximum. With all due respect and esteem, we still need to analyse and fix it. If we are at our level, we will get a result, with due respect to the Czechs. The next game will be a fight, because it will be an important result. What we need is to conclude the game the way we want. We’ll see if we can fight with ourselves or it will be easier.”