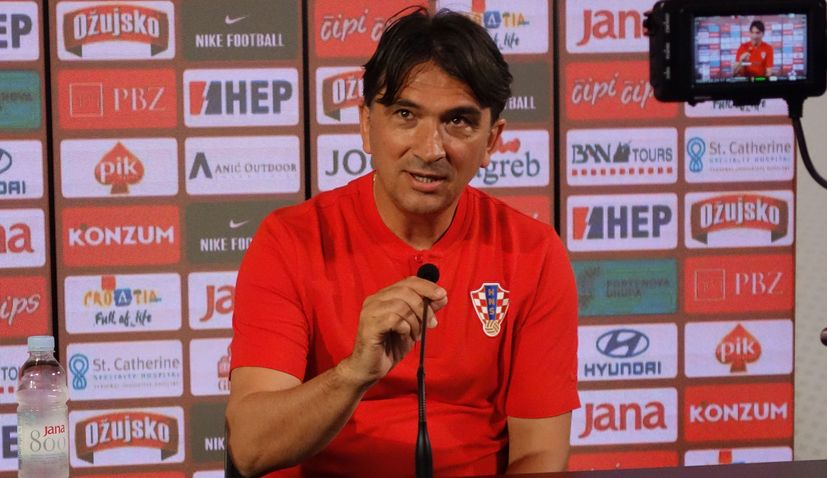 ROVINJ, 14 June 2021 – The Croatian national team has returned to its base in Rovinj as preparations for the next match at Euro 2020 against the Czech Republic begin.

Croatia opened its Euro 2020 campaign with a 1-0 defeat against England on Sunday in front of 18,500 fans at Wembley stadium. On Monday, coach Zlakto Dalić addressed the press.

What is the atmosphere like, how much did the defeat leave a mark on the team?

“We’re not going to spoil the atmosphere much. We lost to one of the favourites at the Euro. We’ll be, I hope, in better shape. We weren’t good enough to win, but were not that much worse than the English. We thought we’d withstand the pressure and then get into a tie. The game was what it was except for that mistake where we were all half a step late and conceded a goal. I am aware and it is clear to me that we are not good going forward. We lack more action, more depth and entering space. It’s a problem I’m aware of, we have to solve it, and if we don’t solve it – it won’t be good. Tactically we played a very good game. We reduced the English to two shots on goal.”

Has winning the silver medal in Russia disturbed the perspective and current strength of the team? Like we still live on that wave? Can we put ourselves in a more realistic framework?

“We are not realistic. We look at everything differently than others. I can’t understand that a big problem could be created from this defeat. We were not subordinate or bad. We just, I repeat, miss that game in attack. Our reality is advancing from the group and then let’s do our best step by step in the knockout phase. I’ll consider it a success. We tried, but we weren’t good enough to beat the English.”

Second place brings a better draw in the next phase?

“I’m just thinking about advancing out of the group. And then the knockout phase follows. We have to think about ourselves, fix our game going forward in attack. It won’t be easy against Scotland and the Czech Republic either. I’m optimistic, I can’t be pessimistic after our games against Belgium and England.”

There is a lot of talk about the role of Kramarić on the wing, how satisfied are you and what did you get from that ‘experiment’?

“I would love to see a coach who will come to Wembley and will not give the players a task in defence. Andrej had a task on the right to close Tripper in the defence phase, and in the attack phase he had full freedom. As soon as the ball was won, he had full freedom to go inside and in that way to make it as easy as possible for him – to receive the ball from the side, which he tried to do. I am satisfied with how he played the defensive phase, he helped Šime (Vrsaljko), and in the attacking phase his role was to enter the space, but that is not easy against the best players. He played well for me.”

“Now we have to go for the win. We didn’t calculate against the English either, but we have to be more offensive now especially because we see that we are waiting in attack, that we lack numbers in the last phase and that we are not entering empty space and playing vertical balls. We will work on it. We have to get the most out of it, we need to win.” 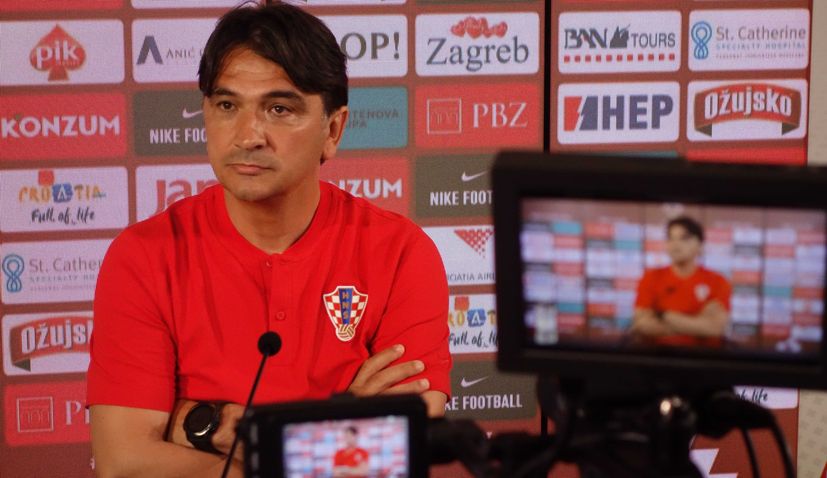 “Luka is our engine that pulls all this. Experience is very important, especially in big competitions and tournament matches. Luka means a lot here.”

What is the situation with Borna Barišić’s injury?

“After arriving in Rovinj, he skipped two training sessions due to an injury he brought from Scotland. Unfortunately, he is not in the condition he was in his club all year. We are waiting for the MRI results, the official finding is at five o’clock. It is a handicap for us. and bad luck, especially since we play in Scotland, on his field.”

“We were all shocked with this event, especially because he plays in the club with Brozović and Perišić. We commented on how many games there are, how hard the season is. Here we played yesterday, came back, traveled and we are traveling again in two days. It’s a big fatigue for the players, while some national teams are just waiting at home for their opponents.”

How satisfied are you with the camp in Rovinj?

“We are very satisfied with the conditions. With the hotel, the food, the field, but we don’t have our peace. For example, (press) wrote ‘Dalić is preparing a surprise’, and then on the front pages two days ago they published the line-up for England. So we don’t have that peace, and that’s the problem of that camp that we can’t be closed. I can’t change that and it is what it is.”

Will there be a change for the Czech Republic?

“Honestly, we are only starting to analyse them today and will watch the game (against Scotland). After that we will be smarter. They have good individuals, they have risen a lot and they have a young and potent team. We know we have to go for the win. Today Lovren was on the magnetic resonances. We have to change a little bit both the system and the way we play, try to open the game differently. We need to be sure to be more offensive and look for more penetration. There will be a change.”

Croatia faces the Czech Republic on Friday, 18 June at Hampden Park in Glasgow at 18:00 Croatian time.