BUCHAREST, 30 November 2019 – Croatia has learned their group stage opponents after the draw for next summer’s Euro was held in Bucharest on Saturday.

Croatia has been drawn in Group D alongside England and the Czech Republic. The last group opponent will come from the play-off winner in March between Scotland, Norway, Serbia and Israel.

The group will be played in London and Glasgow. Croatia will open their Euro 2020 against England on 14 June at Wembley stadium. The match will be a repeat of the World Cup semi-final from 2018 in Russia which Croatia won 2-1 in extra-time.

Each group has been assigned two host cities making sure the hosts play at home.

The remaining four finalists will be decided by March’s Play-off rounds.

“We are satisfied with the draw, as I said there are no easy groups. We have England again I think it is realistic that we advance out of this group. Our opening match will be important. It will be nice to start at Wembley against England. Our first goal is to advance from the group. We have time to analyse all and we believe in ourselves and we are ready. The most important thing is that all players are fit,” Croatia coach Zlatko Dalic told HRT after the draw.

Euro 2020 will be held in 12 cities in 12 countries from 12 June to 12 July 2020. The venues are London, Glasgow, Dublin, Bilbao, Rome, Munich, Amsterdam, Copenhagen, Budapest, Bucharest, Saint Petersburg and Baku. The final to be played at Wembley stadium in London. 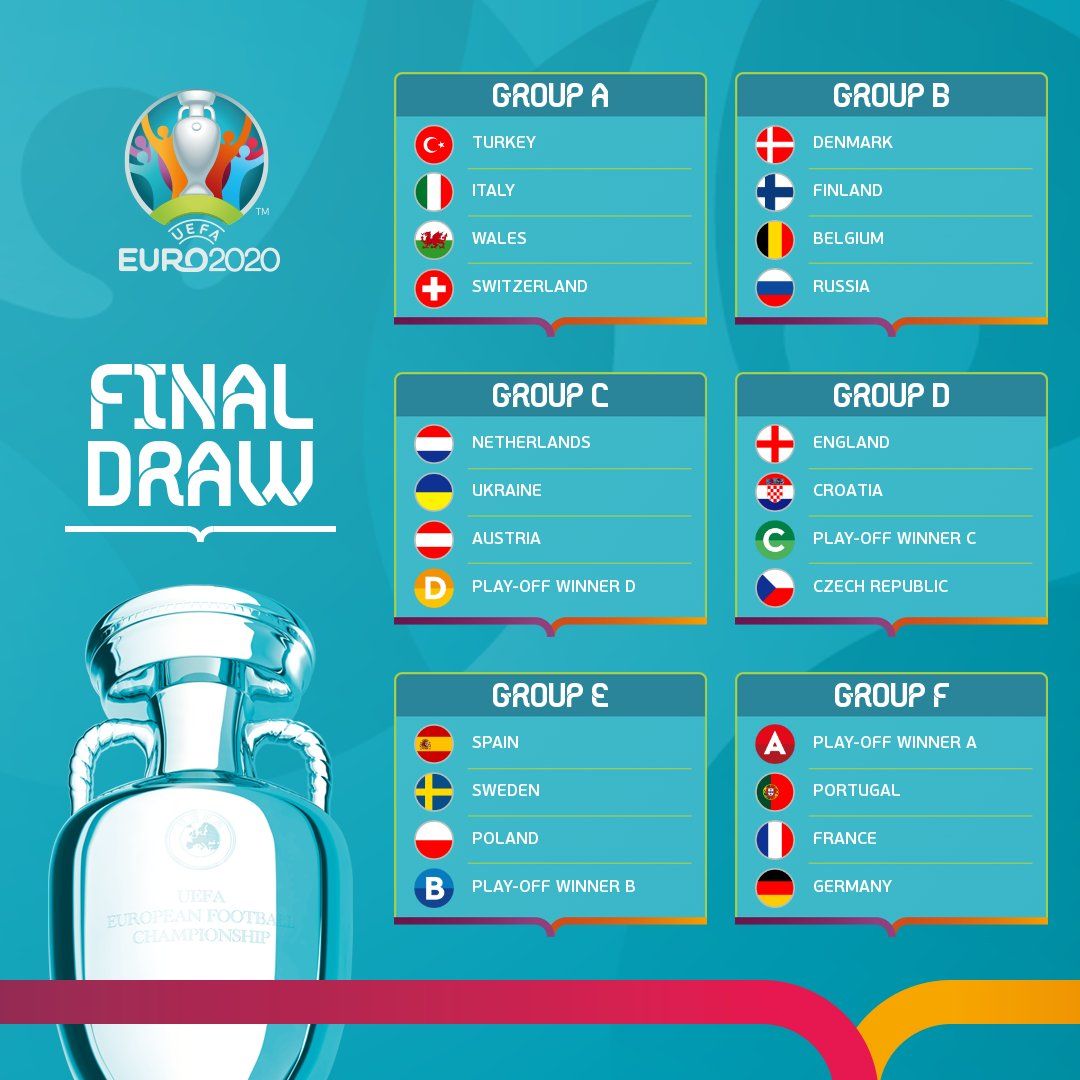