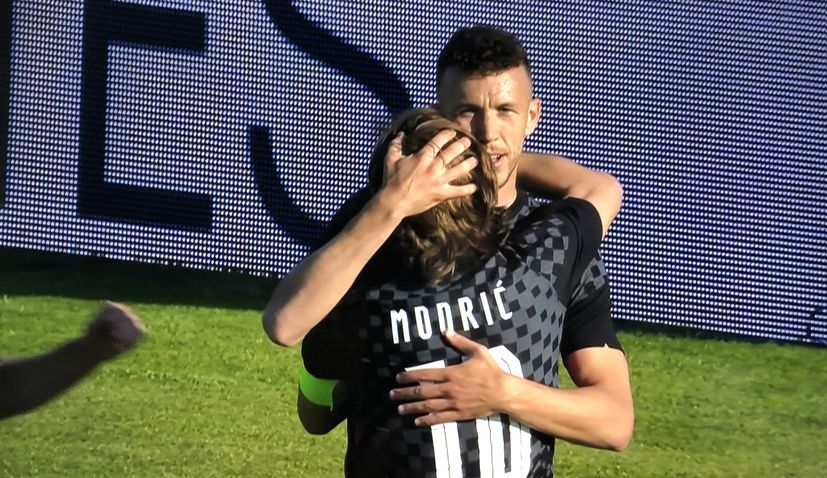 GLASGOW, 18 June 2021 – Croatia have come from behind to draw 1-1 with the Czech Republic at Hampden Park in Scotland on Friday in their Euro 2020 group clash.

After the 1-0 loss to England on Sunday on their opening match, coach Zlatko Dalić announced that he would be more attacking and decided to leave stalwart defensive midfielder Marcelo Brozović on the bench and play Andrej Kramarić in behind striker Ante Rebić.

Despite the more attacking formation, it would be the Czechs who would dominate possession early on. When Croatia did manage to get the ball, they looked flat and were unable to create anything to threaten the Czechs for most of the half.

Croatia would fall behind in the 37th minute when Dejan Lovren was ruled by VAR to have elbowed Patrik Schick during a corner. Schick would wipe up the blood from his nose and send Dominik Livaković the wrong way from the penalty spot to make it 1-0. 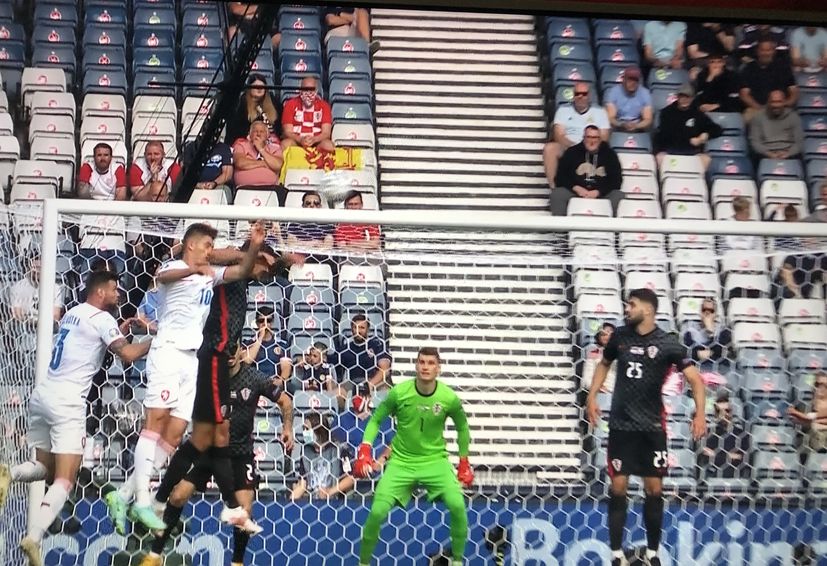 Lovren ruled to have fouled in the area

Almost immediately Croatia had a chance to equalise when Rebić was put through on goal, but the out of form Milan striker missed the target by a long way.

Dalić’s team talk at half-time seemed to fire his side up as they came out in the second half with a lot more urgency and took only three minutes to get back on level terms.

Ivan Perišić was put through from a quickly-taken free-kick and he would cut inside as he typically does before firing a rocket past Vaclík in the Czech goal. 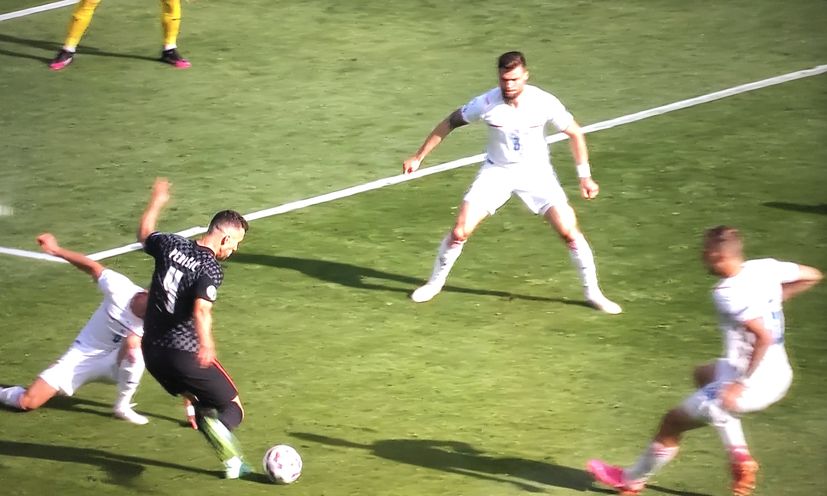 The goal seemed to spur Croatia on, who had started to make a number changes, with Bruno Petković, Luka Ivanušec and Nikola Vlašić injected, and they started to look more dangerous on attack.

The game began to open up as both sides chased a winner. After a period of pressure from the Czech Republic, Croatia started to gain some control and had a great chance in the 72nd minute but Vlašić would miss the target from close range after good work on the left from the impressive Joško Gvardiol.

Both sides looked for a late winner and Petković almost found a it in the 88th minute but his goal-bound shot from five yards out was deflected by Czech defender Kalas and both sides would have to settle for a point each.

Croatia now faces Scotland on Tuesday evening at the same venue in their last group match and will now need a win and other results to go their way to qualify for the next round.