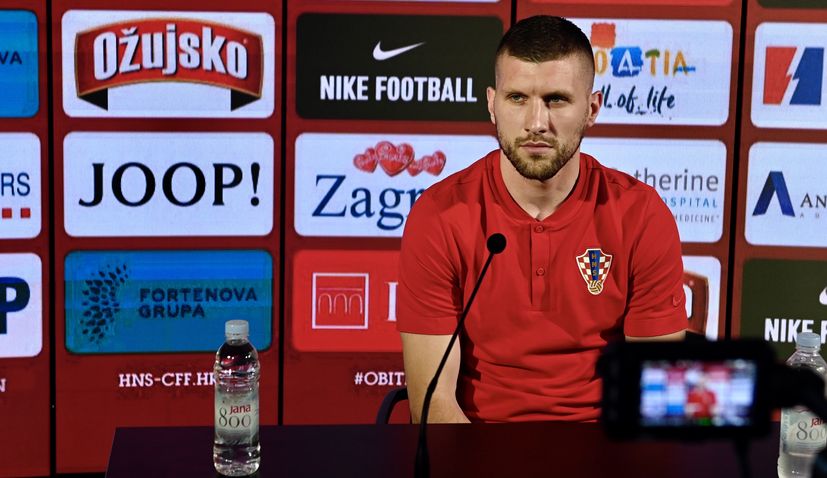 Croatia will face England on Sunday at Wembley and there has been speculation that the AC Milan striker could start the match in the lone striker role.

Coach Zlatko Dalić tried Rebić down the middle in place of Bruno Petković at training in Rovinj on Tuesday.

“As far as the position is concerned, we all agree – everyone will play where the coach says and we have nothing to complain about. In Milan, in the absence of Ibrahimović, I played as striker, I do well in that position and if I play there, there will be no issue at all. I am ready to play,” Rebić said.

The 27-year-old, who scored in Croatia’s 3-0 victory over Argentina at the 2018 World Cup, says things are looking good ahead of Sunday’s match.

“We are preparing well, we have analysed the game in Belgium, we have seen some of our shortcomings and we are trying to fix them. In addition, we analyse the English every day.”

Rebić says that whilst the first match of the tournament is important, it is not crucial.

“We will try and win every game, but if we don’t win the first match there are still two more chances. Our goal is to advance from the group,” he said.

Rebić has only scored three goals in a Croatia shirt in 38 international, but he says that he is not too hung up about it.

“In Russia, for example, I scored only one goal, and we went to the finals – I would immediately sign the same scenario this year.”