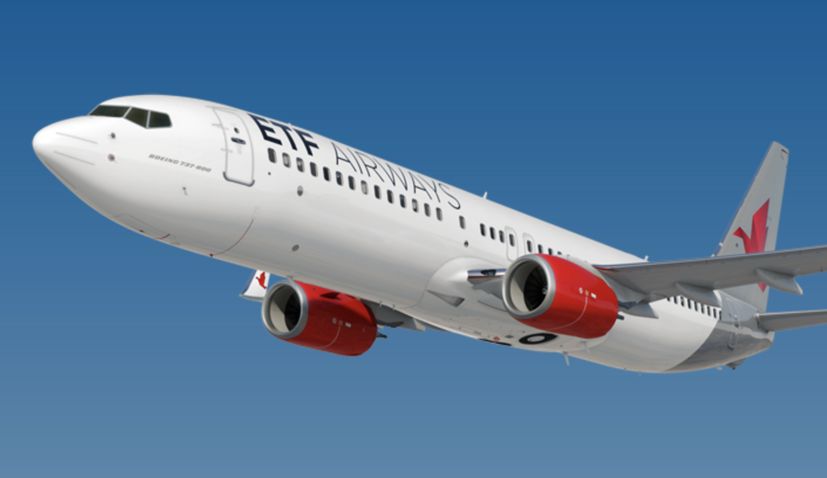 ZAGREB, 16 May 2021 – ETF (Easy to Fly) Airways is a new Croatian private airline, which will have its main base in Dubrovnik on Croatia’s Dalmatian coast.

The  start-up airline is set to take delivery of its first aircraft next week, a Boeing 737-800 which can seat 189 people.

ETF Airways, which obtained the “EZZ” designator code from the International Civil Aviation Organisation, is currently seeking partners, companies and brokers for ACMI and charter business opportunities in order to be able to station an aircraft on the Croatian coast.

“Thinking that we are world famous in tourism and that everyone will come to us is counter-productive. Antalya has thirty million passengers per year. All of Croatia’s coastal airports combined have less passengers than Ibiza. What we have is peanuts. We are talking about basing one aircraft in Dubrovnik. By brining a guest to Dubrovnik everyone will be able to profit from it – hotels, the city, tourist attractions,” said ETF Airways CEO, Stjepan Bedić, writes Ex-Yu Aviation.

ETF Airways is aiming to operate with a fleet of up to five aircraft.

“It initially plans to have one based in Dubrovnik for charter flights, while the other to be wet-leased to other airlines, if circumstances permit,” Ex-Yu Aviation writes.

The company is yet to sign deals with tour operators but has said there is interest.

ETF Airways, which was set up with the financial support of private investors and Croatia-based investment funds, is not aiming to become a large scheduled carrier but with its flexibility, operate charters and the like mainly in the EU.