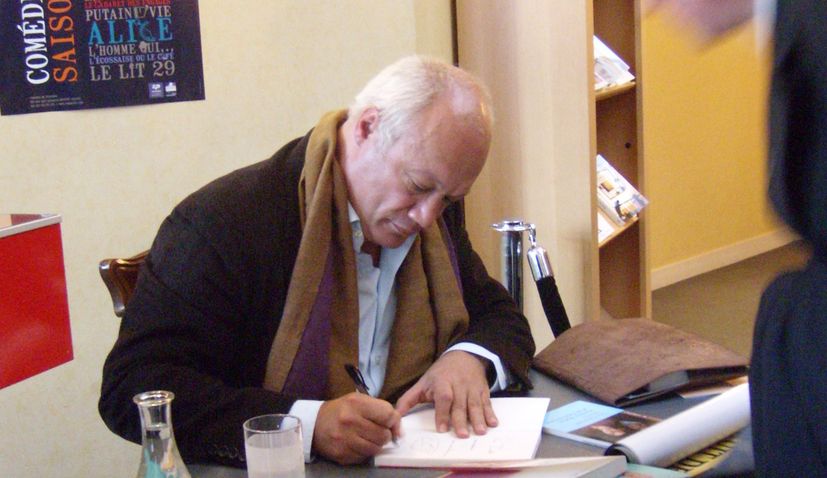 Eric-Emmanuel Schmitt is one the most widely read living Francophone authors in the world, whose works have been translated into 46 languages, including Croatian, and staged in over 50 countries.

This is the author’s first visit to Croatia and it is the culmination of the Rendez-Vous at Francophonie 2021 project, a part of the programme of the Francophonie Month on the occasion of the 100th anniversary of the French Institute in Zagreb.

He spoke about his works and his attitude towards art, and the focus of the conversation was on Schmitt’s most famous and translated work, the short novel “Oscar and the Lady in Pink” from his Cycle of the Invisible series dedicated to childhood and spirituality.

The author also spoke about his latest book, “Paradis Perdus”.

On Thursday, 18 March, Eric-Emmanuel Scmitt will perform in Zagreb’s Croatian National Theatre in the adaptation of his story “Mr Ibrahim and the Flowers of the Koran”, a text which has travelled the world, has been published in 50 countries and staged numerous times in different languages.

The first Croatian performance of the famous play is the result of cooperation between the French Institute in Zagreb, Wallonia-Brussels International and the Croatian National Theatre in Zagreb.

During his visit to Zagreb, on 17-19 March, the author will also meet with Croatian students and teachers of the French language.