Since its foundation in 1924, the Dubrovnik Symphony Orchestra has been an important part of the rich and diverse cultural heritage of the city of Dubrovnik and the Republic of Croatia.

It continuously performs in the unique ambience of its town such as the most famous and illustrious venue – the Rector’s Palace Atrium as well as city churches and squares. Throughout the years, DSO holds concerts with the greatest local and international artists interpreting masterpieces of the baroque, classical and romantic periods, and not only in Dubrovnik, but also on tour around the world.

DSO organizes several festivals for locals as well as for the many tourists who come to visit this beautiful city. Such is the Baroque Music Cycle “Orlando Furioso” with world-renowned baroque violin star Dmitry Sinkovsky, famous mezzo-soprano Josè Maria Lo Monaco and several other musicians from all over the world. 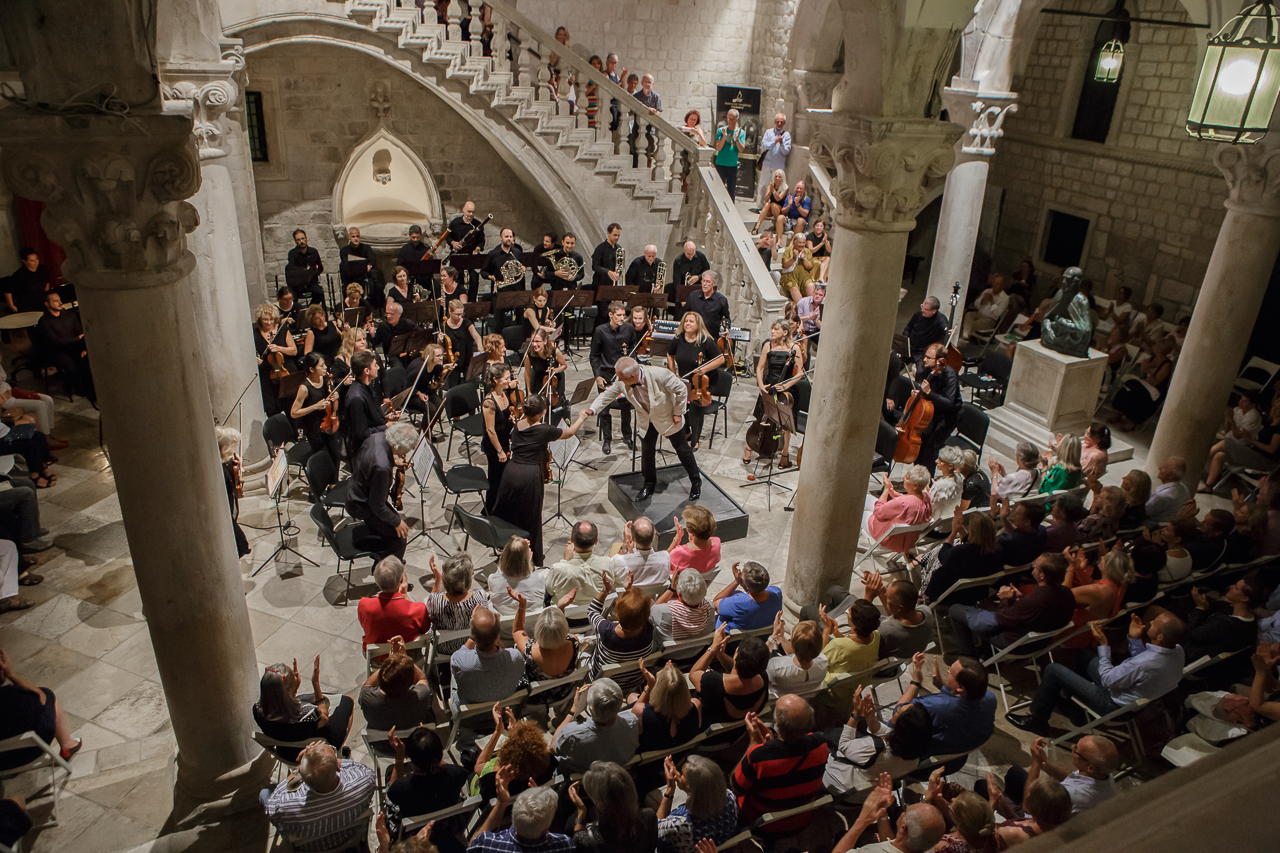 DSO at the Rector’s Palace

Soon starts the 12th edition of the International Opera Arias Festival “Tino Pattiera”. In honour of Dubrovnik´s most famous opera star tenor Tino Pattiera, DSO offers this season not only well-known operatic arias, ensembles and instrumental works by the most beloved Italian composers, but also musical gems from Croatian opera, little known outside of this wonderful country of rich traditions and culture. The Festival will consist of four concerts starting on June 28th with a “Croatian and Italian Arias Evening”, followed by “Guardi le stelle”, an open-air concert under the stars at the Sun Gardens Resort Hotel. For a more intimate evening, DSO will feature a programme of Croatian and German lieder, exploring the romantic Zeitgeist of the late 19th and early 20th century. The Festival will end with a gala performance dedicated to the crowning genius of Italian opera, Giuseppe Verdi. The concert will span his entire musical career – from” Nabucco” thru “La Traviata and “Il Trovatore”, and will finish with major excerpts from the epic lyric drama “Don Carlos”. An event not to be missed. 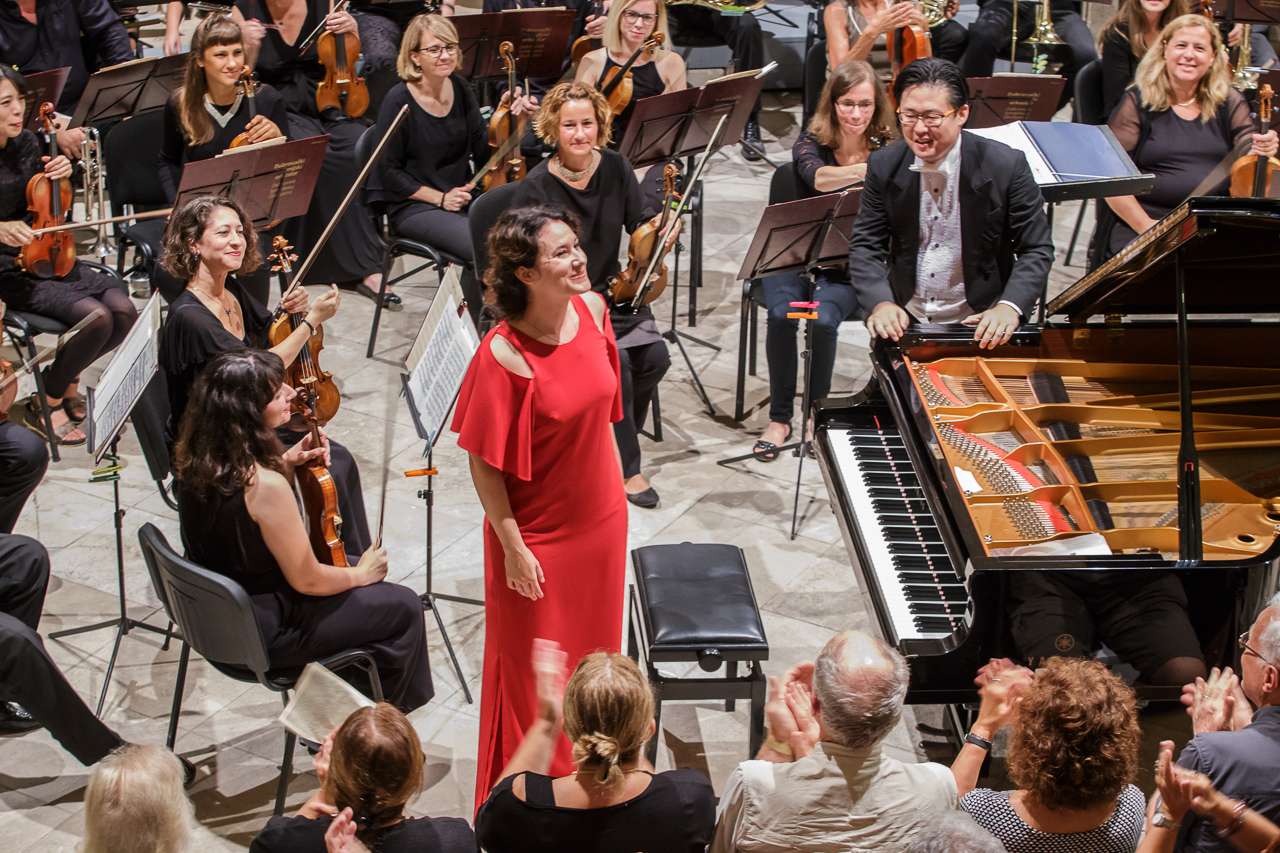 The second half of the year will offer a new platform for young concert artists named “Orlando Piano Week” with four young and super-talented pianists. This platform is actually part of the International Late Summer Music Festival that DSO organizes this year for the 7th time, bringing together the best Croatian and European conductors and soloists as well as choirs. 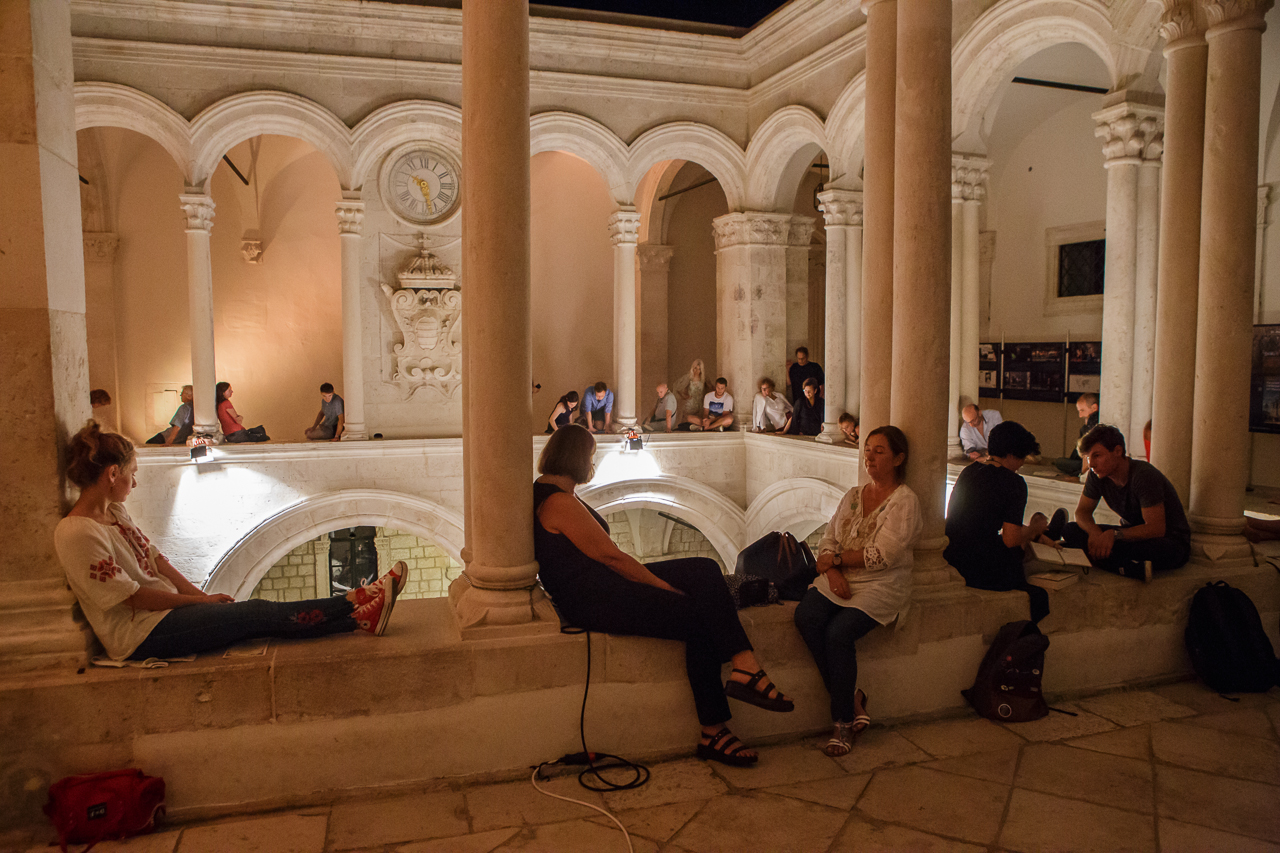 DSO concert – audience at the gallery

Throughout the year, DSO offers a rich programme of concerts, operas, symphony programmes, jazz concerts, recitals, film music, popular and latino programmes. DSO does it all – making music for all tastes.  So when in Dubrovnik, come visit some concerts.  The DSO guarantees that you will find a music concert that will tickle your fancy. 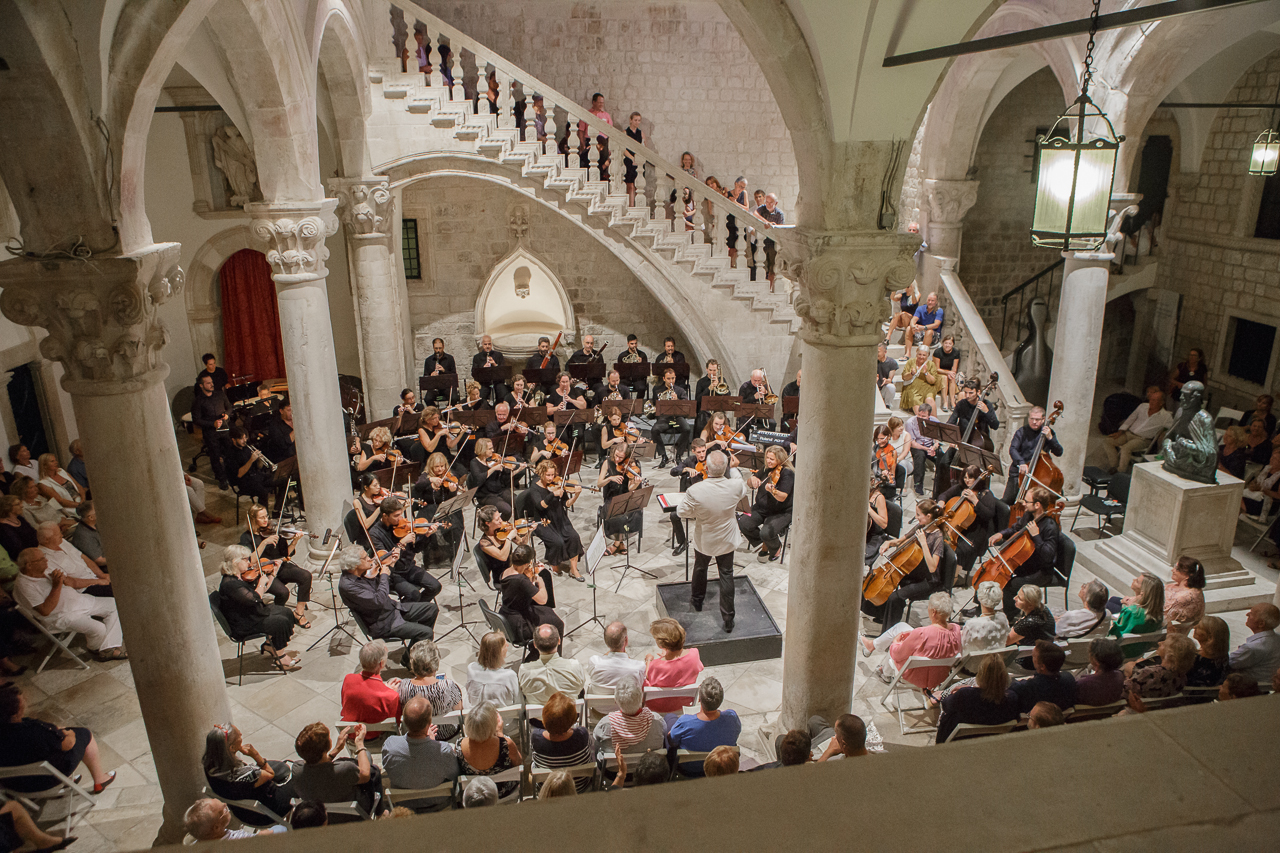 DSO concert at the Rector’s Palace

Recently, the Dubrovnik Symphony Orchestra released a new promo video which you can see below.