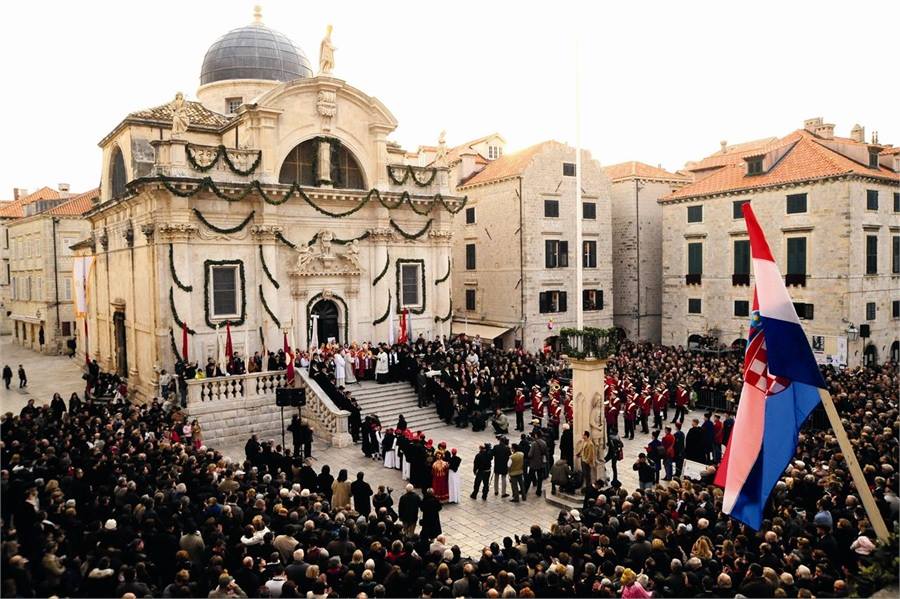 For the 1,045th year in row the people of the southern Croatian city of Dubrovnik celebrate the city’s feast day – Sveti Vlaho – or St Blaise (Sveti Blaž) on 3 February.

The biggest day of the year in Dubrovnik will see thousands take part in traditional processions, flag waving, rituals, singing and performances dating back centuries.

Festivities also include a Candle Mass and the release of white doves, the symbol of freedom and peace, in front of St Blaise’s Church and the raising of St Blaise’s flag on Orlando’s Column.