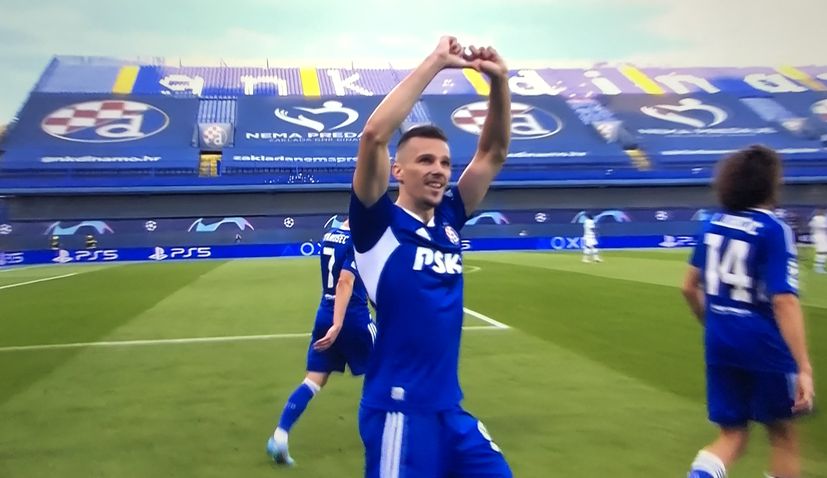 A first half goal from Mislav Oršić gave the Croatian champions a 1-0 victory at Maksimir stadium on Tuesday night.

Chelsea, who had former Dinamo Zagreb star Mateo Kovačić in their starting line-up, were faced with a well-organised home side from the start and despite having a lot of the early possession, they could not find a way through.

In the 13th minute a flick on header from Bruno Petković set Oršić free down the left and with his pace he was able to avoid the Chelsea defender and slip the ball past Kepa to make it 1-0.

As the half went on the home side gained more confidence and they would create some half chances of their own. First captain Arijan Ademi had a shot well saved, before Luka Ivanušec and Oršić looked dangerous in the box but they were unable to get decent shots off.

Chelsea started to put more pressure on Dinamo in the second half but it was the home side who nearly double their lead but the cross bar would save Chelsea when Ristovski let fly from outside the box.

Chelsea pushed for an equaliser but they looked out of ideas in the final third and Dinamo’s defence, and keeper Dominik Livaković, were able to deal with what they threw at them to hold on for a memorable victory.

This is Dinamo Zagreb’s second victory at Maksimir stadium over a Premier League side in as many years. In 2021, they famously beat Tottenham 3-0 in the last 16 of the Europa League.

Dinamo travel to Milan next.