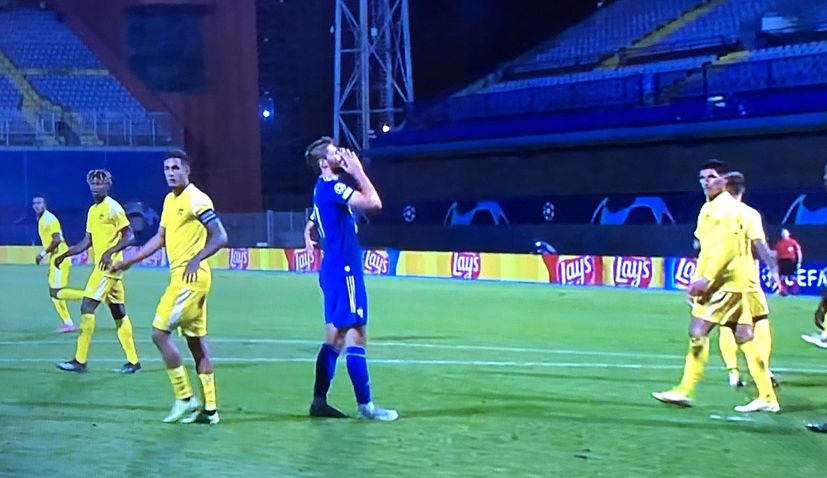 Dinamo Zagreb have to settle for Europa League football this season

ZAGREB, 25 August 2021 – Dinamo Zagreb was unable to produce a comeback perforce like they did against Tottenham Hotspur in last season’s Europa League tonight in Zagreb.

The Croatian champions trailed 3-0 after the first leg of their UEFA Champions League playoff against Sheriff Tiraspol in Moldova and needed a miracle tonight at Maksimir Stadium in Zagreb but it was not to be.

The blues were dominant this evening, creating a handful of chances but they were unable to find the back of the net as the match ended 0-0.

In the first half, Bruno Petković went close with a powerful header which was tipped over the bar, whilst Luka Ivanušec had the chance of the half but he could only side foot his attempt on goal from six yards out straight to the Sheriff keeper.

Dinamo kept up the pressure in the second spell and again Petković went close with a shot, as did Croatian international Mislav Oršič, who’s long-range effort forced a good save and also had a goal disallowed with 15 minutes remaining for being in an offside position.

Despite all the possession and chances, it was not Dinamo’s night and they will now have to settle for playing in the Europa League this season.

Meanwhile, Sheriff became the first club from Moldova to reach the UEFA Champions League group stages. They have played in the UEFA Europa League four times.