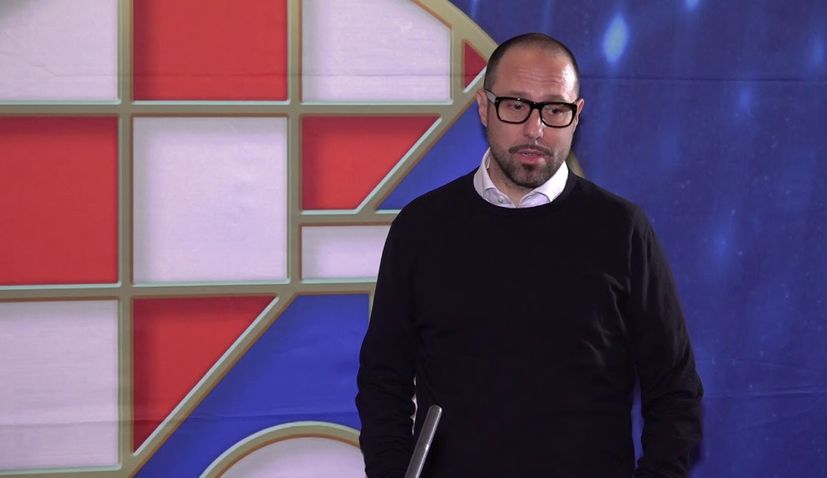 Jovicevic (46) replaced Nenad Bjelica back in April and after Dinamo’s 2-0 loss to Rijeka on the weekend, the club announced today that they have mutually agreed to terminate his contract.

“I had the best intentions, but football is like that. The ball didn’t come back to me this time, but I’m leaving with my head held high from my club because I don’t want to be a burden in these times. I thank the club for the trust, for the wonderful years in the academy and the opportunity they gave me in the first team. I will always be Dinamo and I believe that this is just a goodbye, not a farewell to my favourite club,” said Jovicevic.

“We are sorry for such a quick parting, but we must show responsibility in these difficult times. On behalf of the club, I thank Igor for the great results he has achieved with our junior team. The doors of Dinamo will always be open to him,” said the club’s sports director Zoran Mamic.

Jovicevic led the club to three victories in seven matches in charge and in the last four matches the club scored just the one goal.

Before being appointed manager of the first team, Jovicevic had been head coach of the Dinamo Zagreb academy youth team since 2017, leading them to the quarterfinals of the Youth Champions League. He led Dinamo to the FIFA Youth Cup in 2018 and won silver with the team at the Premier League International Cup in the 2018-19 season.

A former Croatia U21 international, Jovicevic was a youth player himself at Dinamo Zagreb, before stints in Japan, China, Brazil, Ukraine and France.

He started his coaching career in 2015 at his former Ukrainian club Karpaty Lviv. He also coached Slovenian club Celje before taking charge of the Dinamo Zagreb Academy.

The club will announce a replacement shortly.