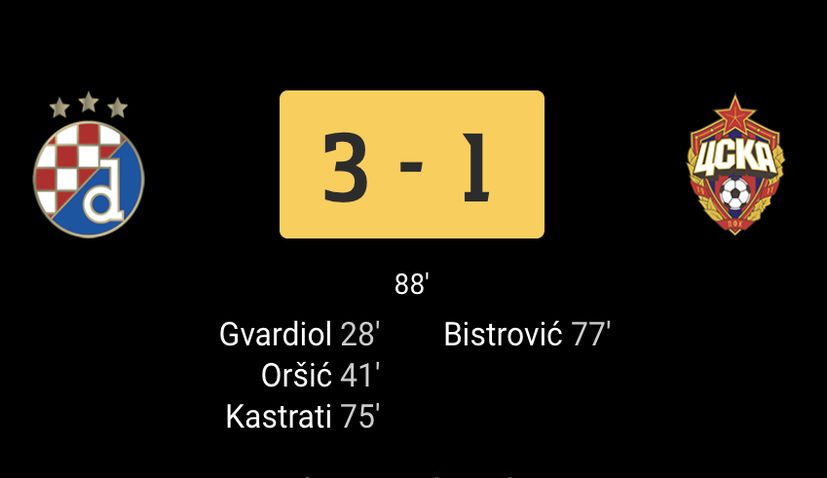 Dinamo Zagreb unbeaten after another victory

Dinamo Zagreb has broken the record for going the longest in the group stages of either the UEFA Champions League or UEFA Europa League, in their current format, without conceding a goal.

Dinamo Zagreb beat CSKA Moscow 3-1 thanks to goals from Joško Gvardiol, Mislav Oršić, and Lirim Kastrati in their last group match to finish with 14 points, 9 goals for and 1 against.

For just over 525 minutes, no team was able to get past Dinamo’s defence, and Dominik Livaković in the Dinamo goal. The previous record was held by Manchester United who did not concede a goal in 482 minutes of group play in the 2010/11 Champions League season.

If Dinamo was able to hang on for the final 15 minutes and not concede, they would have written history as the first and only club to ever go through the group stages without conceding a goal.

Dinamo will learn their knockout phase opponents when the draw is made on14 December 2020.