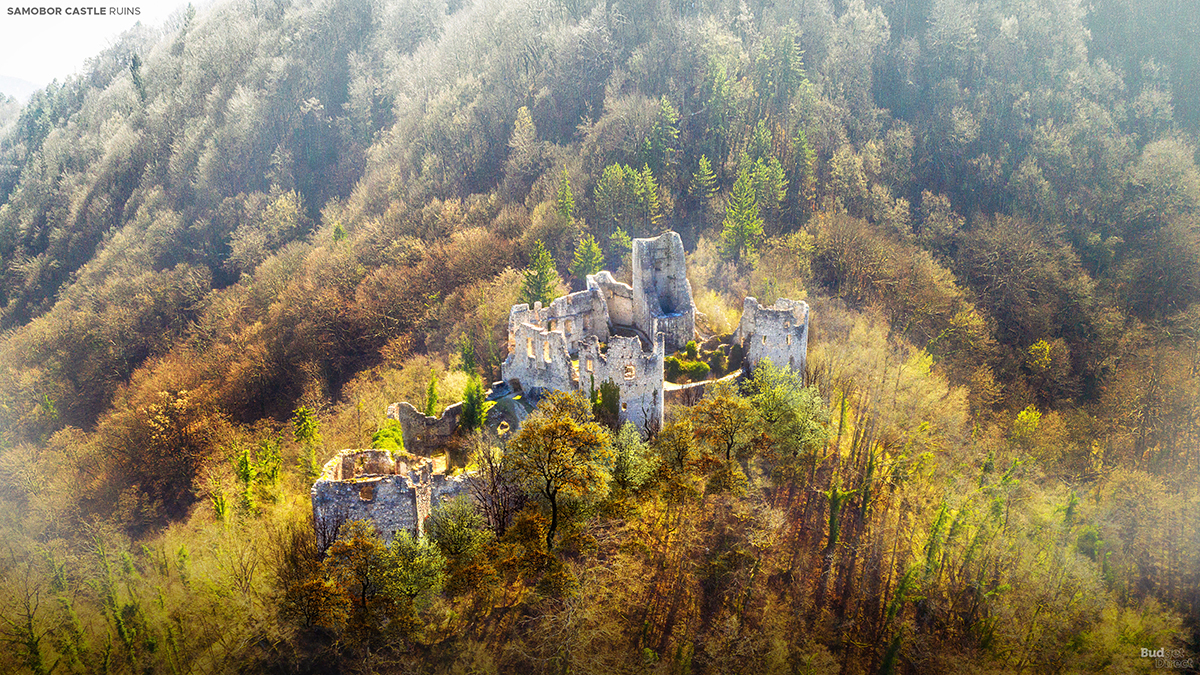 A talented team of designers and architects have used the wonders of computer-generated imagery to return some of Europe’s most stunning castles to their former glory.

One of the seven ruined castles given a makeover by is the Samobor Castle in Croatia. Check out the images below (2nd GIF image shows the digital makeover)

Samobor Castle was built by Czech King Ottokar II of Bohemia, between 1260 and 1264, who was then in a war with the Hungarian King Stephen V. The castle is situated on a 220-metre hill just outside of Zagreb.

Over the centuries, the stone fortress, built on solid rock, has had many owners. Interestingly, some of them were often in conflict with Samobor’s residents. In 1902, the deserted castle became the property of Samobor for 5293 koruna.

Since 1902, the castle – after years of legal battles between noblemen and the townsfolk – is now owned by the town itself. 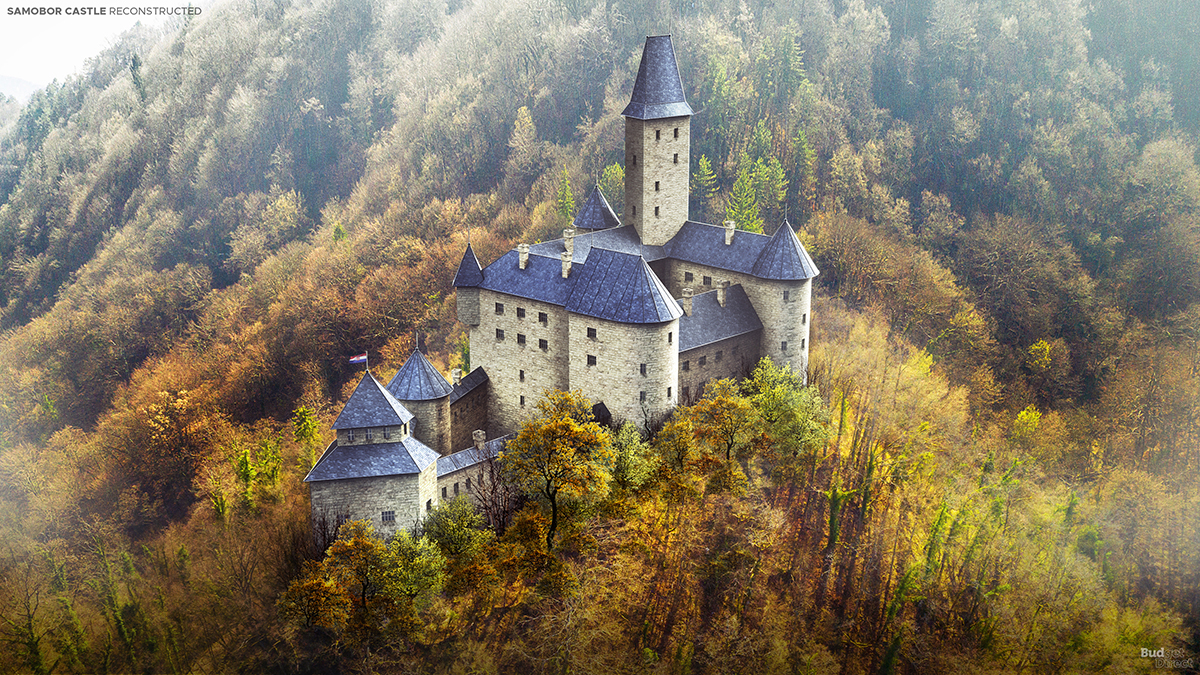 The massive castle was built in northern France over a two-year period by Richard I, King of England. Normally it took around a decade to build a castle this big. Its purpose was to protect Richard’s Duchy of Normandy from France’s king, Philip II. By 1204, the so-called ‘Strong castle’ was captured by King Richard’s rival, Philippe Auguste. The white castle changed hands several times in the Hundred Years’ War. However, in 1449 the then-French king captured Château Gaillard and it has remained in French ownership since. By 1573 Gaillard Castle was abandoned. In 1599 Henry IV of France ordered the demolition of the castle. Following its demolition, it was used as a stone quarry until 1611. 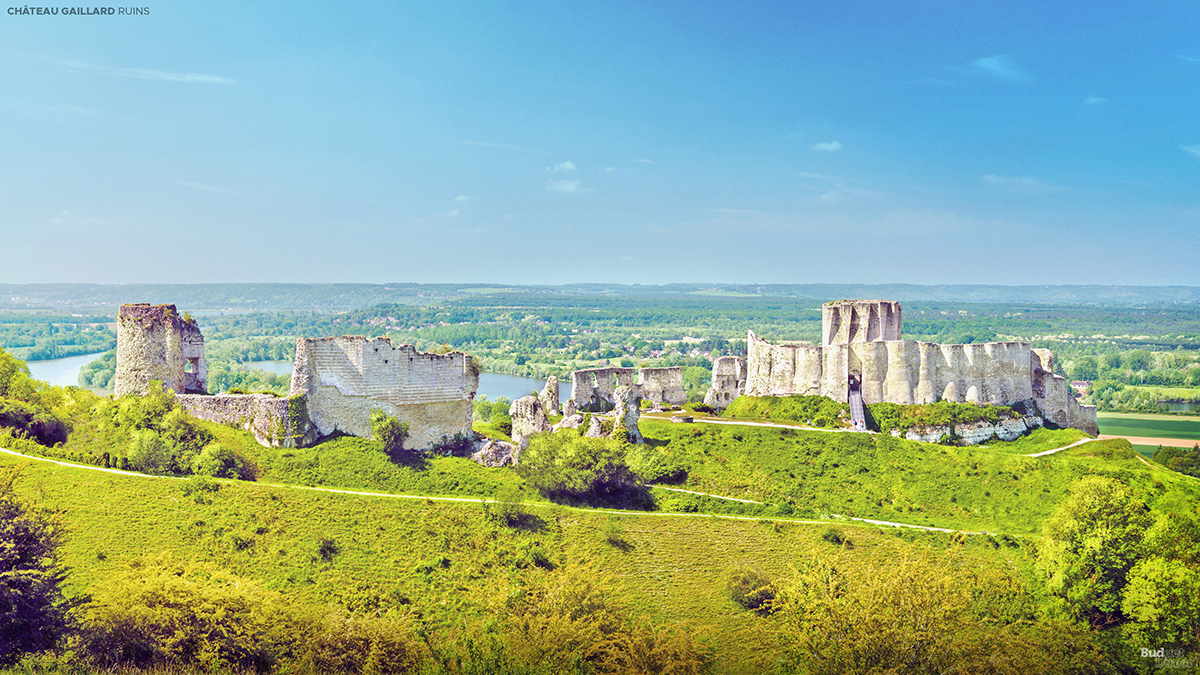 Dunnottar Castle has a long history. The surviving buildings of the castle are largely from the 15th and 16th centuries. However, the site is believed to have been an establishment in Pictish times between 5th and 7th centuries. In the 9th century, the Vikings invaded, seized, and destroyed the castle, after defeating King Donald II. While the current chapel was built in the 16th century, the previous chapel was consecrated in 1276 after the site became a Catholic settlement. William Wallace (“Braveheart”) is said to have recaptured the castle in 1297 from the English. Several monarchies stayed at Dunnottar, including Mary Queen of Scots. Dunnottar is also known as the place where the Scottish crown jewels were hidden from Oliver Cromwell’s invading army in the 17th century. 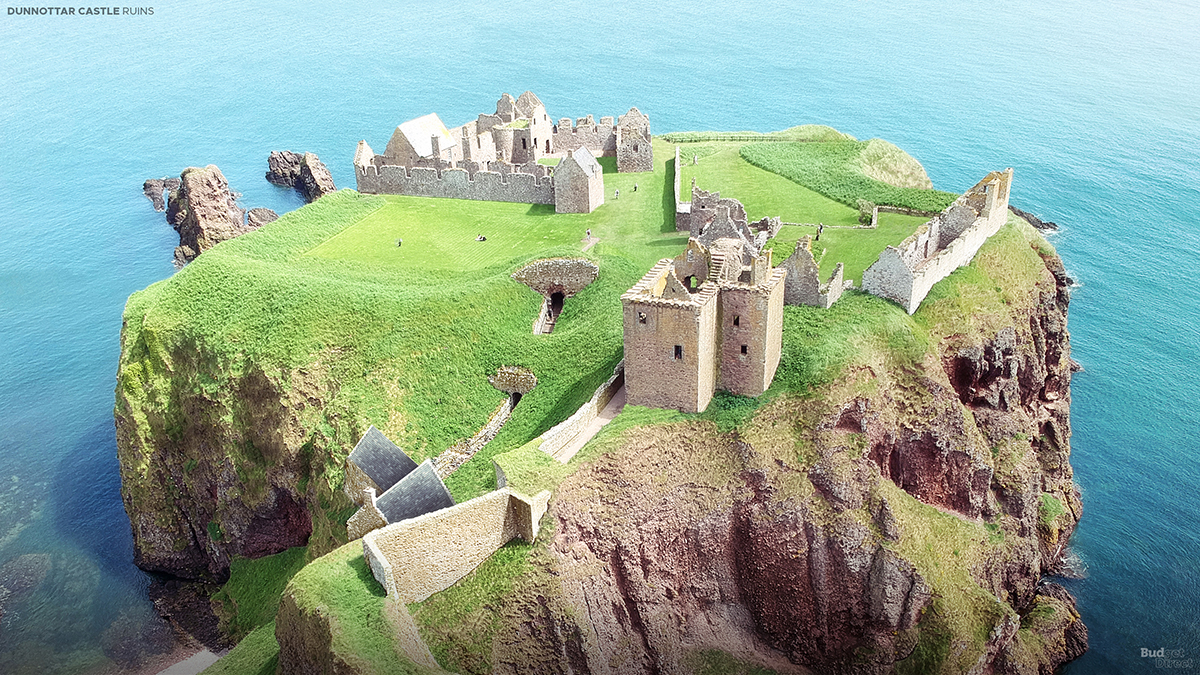 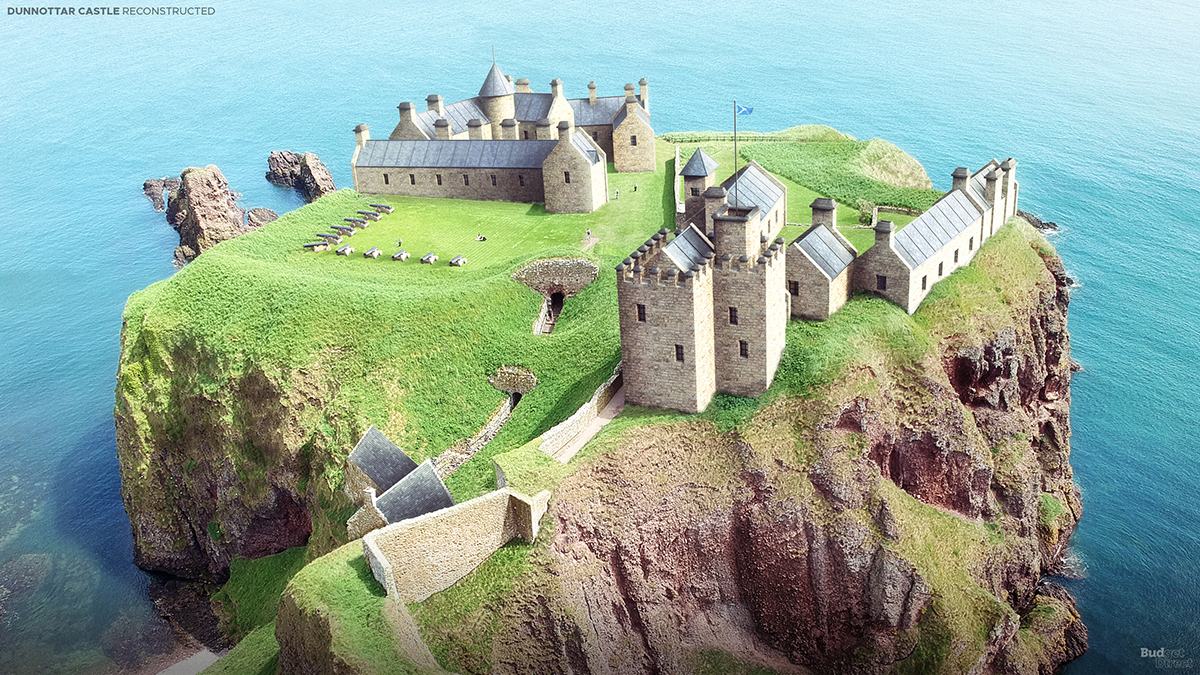 The 16th-century castle was the home of the Blake family, English nobles that inhabited the Menlo estate from 1569 up until a fire destroyed the castle in 1910, in which three people died. It has been a ruin ever since. The Blakes were described as the richest family in Galway in 1592, as they owned extensive property in the counties of Mayo, Clare, and Galway. A local midwife to the Blake family used to tell a story that while on a night journey to the castle she heard fairy music and saw the fairies dancing in a fairy ring in a nearby field. 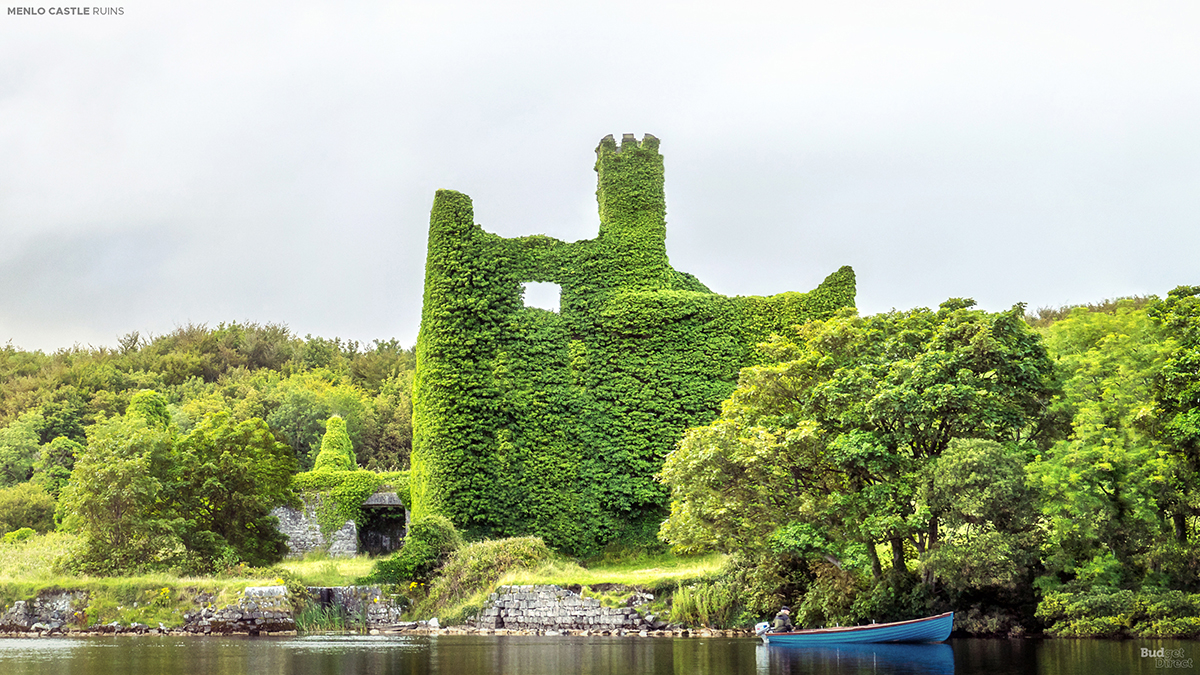 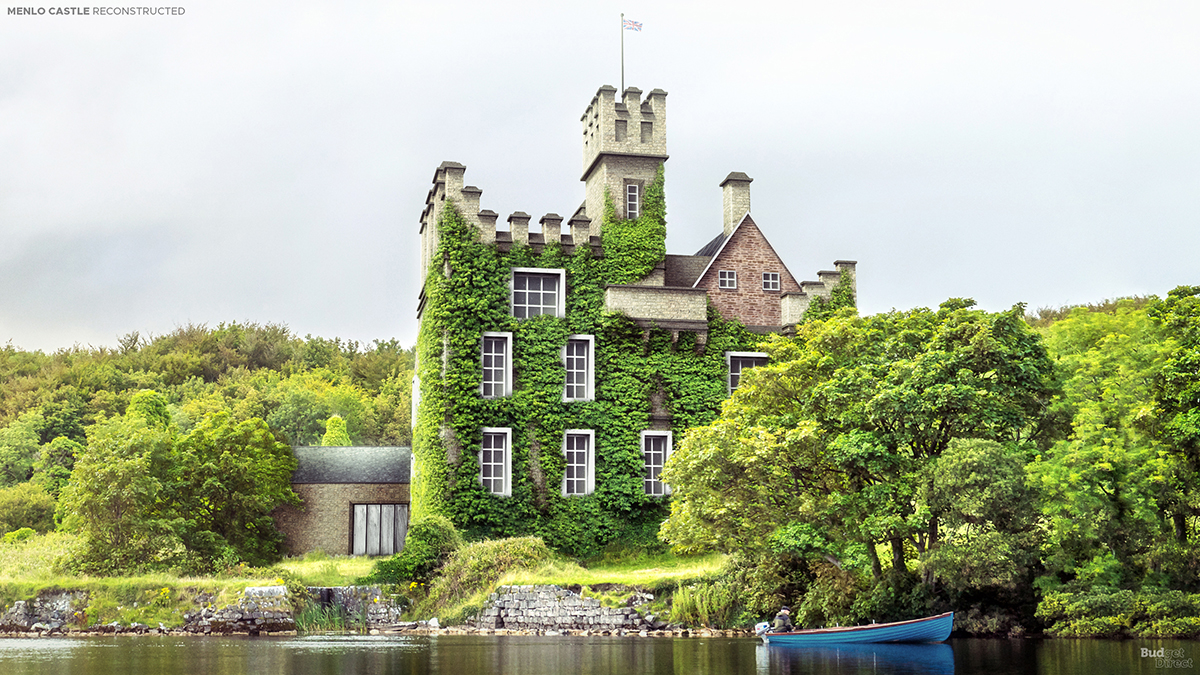 Olsztyn Castle was mentioned for the first time in 1306. Extended in the mid-14th century on the initiative of King Casimir the Great, to defend Silesian – Lesser Poland borderland. In 1370 the castle fell into the hands of Władysław Jagiełło. During the Swedish Deluge, in 1657, the Swedes severely destroyed the castle. Following the Swedish wars in the seventeenth and eighteenth centuries, the castle began to fall into ruin. Eventually, the castle became a tourist attraction. The most impressive still standing part of the castle is a 35- meter round tower, built in the 13th century, which served as a prison. 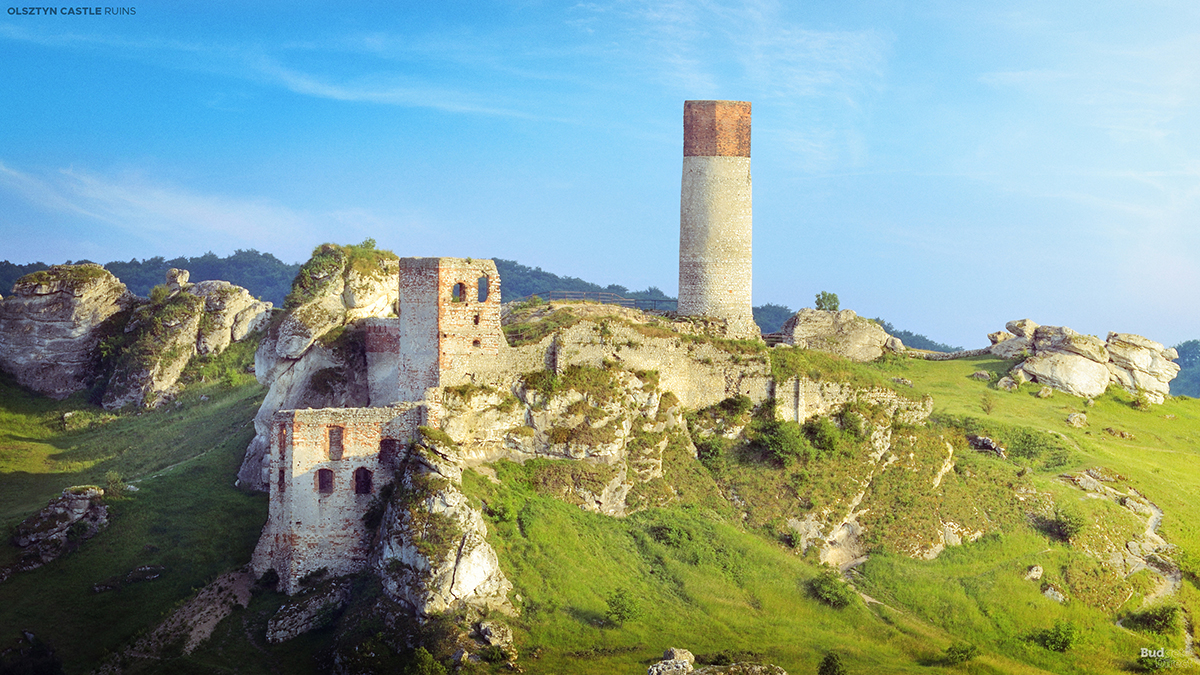 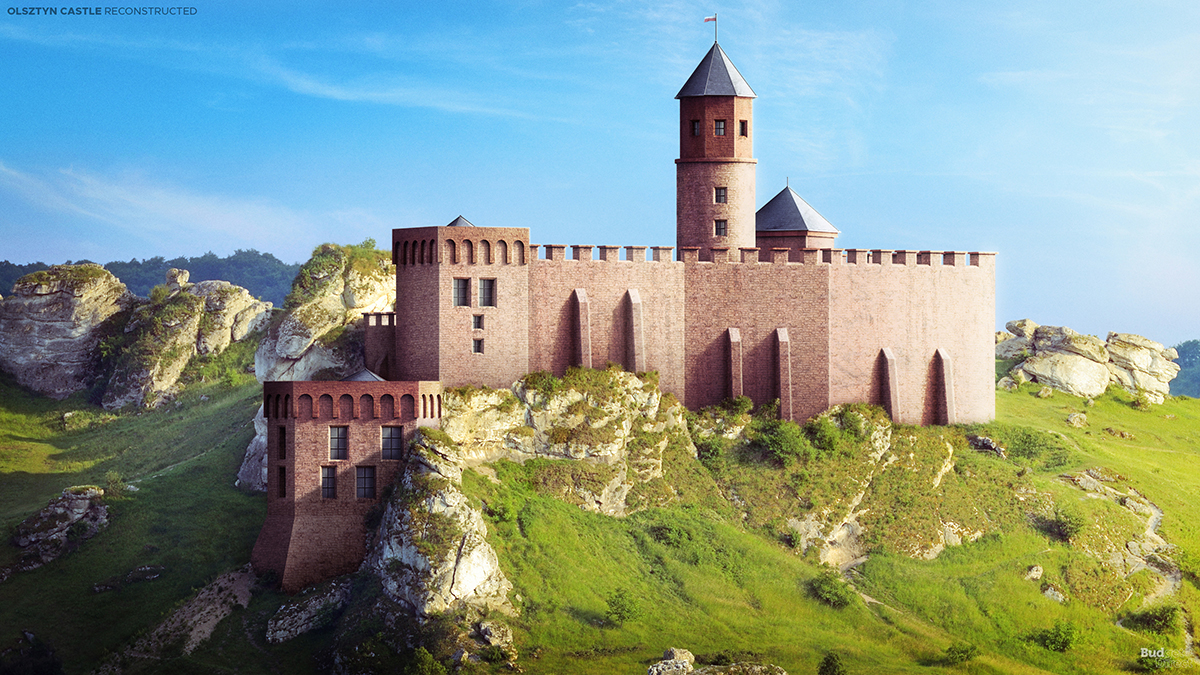 Occupying more than four hectares of land, Spis is one of the largest castle compounds in Central Europe. Construction of the medieval castle dates back to the beginning of the 12th century. The oldest written reference to the castle is from 1120. In the beginning, it was a boundary fort placed at the northern frontier of an early feudal Old Hungarian state. Afterward, it became the seat of the head of the Spiš region for many centuries. In the second half of the 15th century, the reconstruction of the castle fell upon its new owner Štefan Zápoľský, whose intention was to remake it into a stately aristocratic residence. In 1780 the castle compound was destroyed by fire and it gradually fell into ruins. The total decay of the castle was prevented only through the intervention of conservationists who in 1970 got down to the difficult job of preserving the walls and palaces threatened by the instability of its rocky base. The films Dragon Heart directed by Rob Cohen (1992) and The Last Legion (2007) starring Colin Firth and Ben Kingsley were shot at the Spiš Castle. 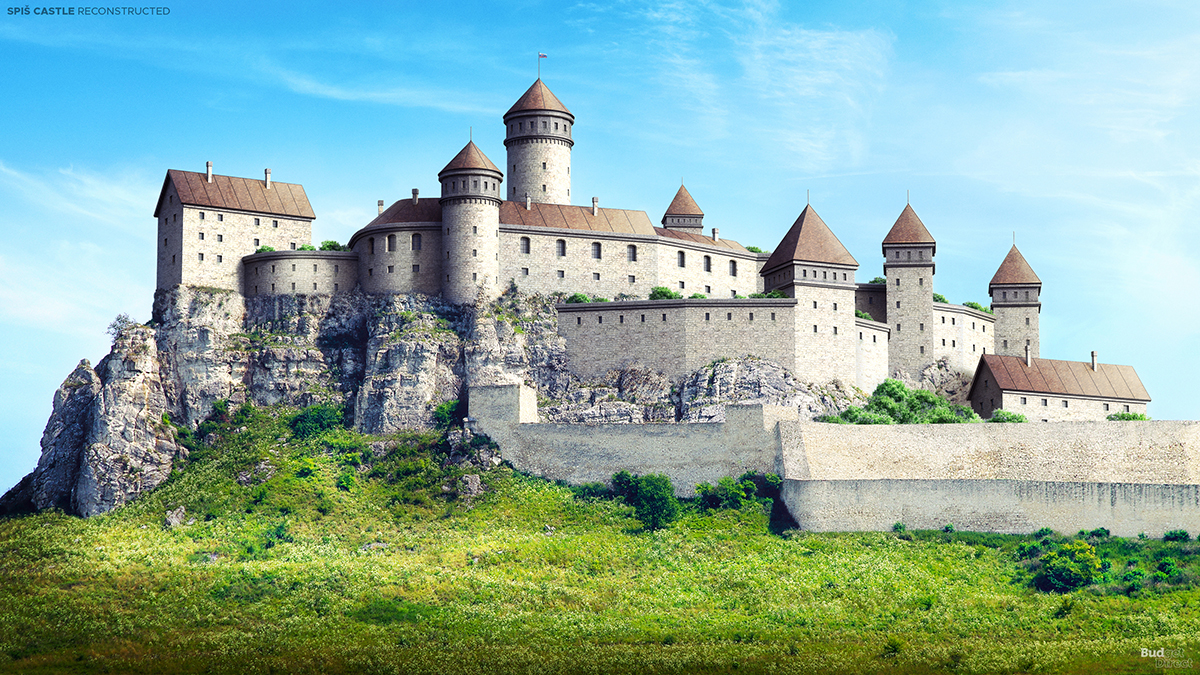 The ruins of Poenari Fortress stand high on a cliff overlooking the Arges River, at the foothills of the Carpathian Mountains. Built at the beginning of the 13th century by the first Walachian rulers, the castle changed names and residents a few times over the decades. The castle is well known for its connection to Vlad III Dracula “The Impaler”, whose name is said to have inspired Bram Stoker’s famous Dracula novel. The true Dracula, Prince of Wallachia, realized the castle’s potential as a major stronghold with an amazing vantage point, consolidated and fixed up the crumbling fortress, making it one of his main places of residence. Although the castle was used for many years after Vlad’s death in 1476, it eventually was abandoned again in the first half of the 16th century and was in ruins by the 17th century. 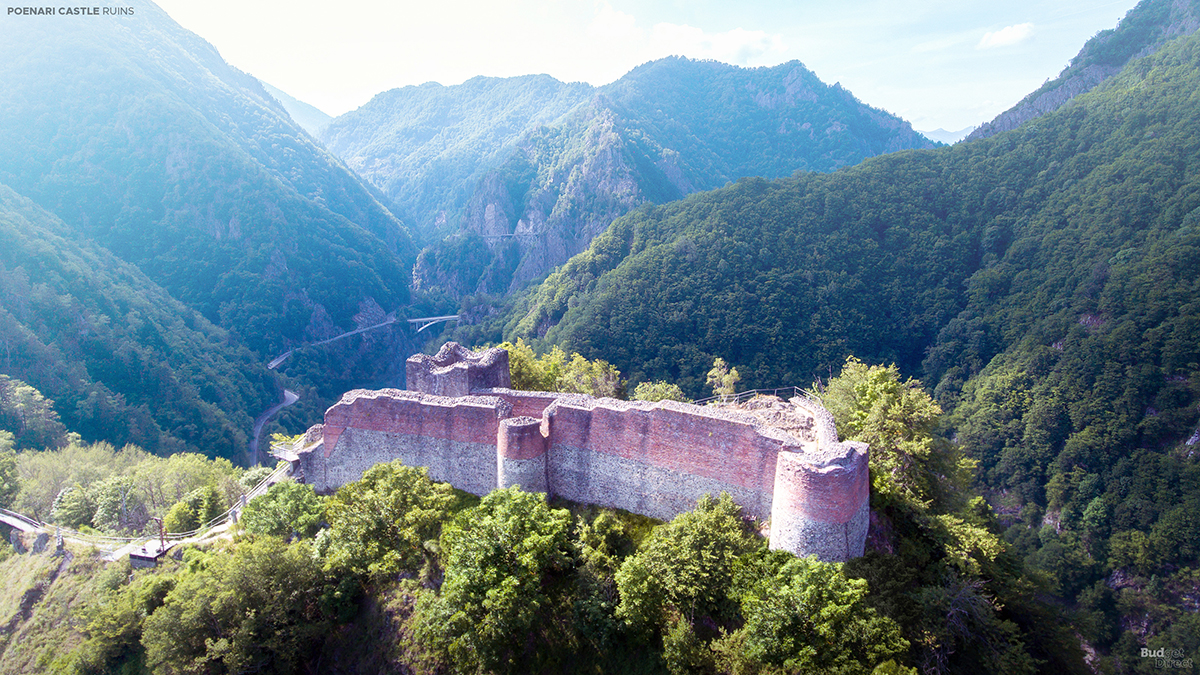 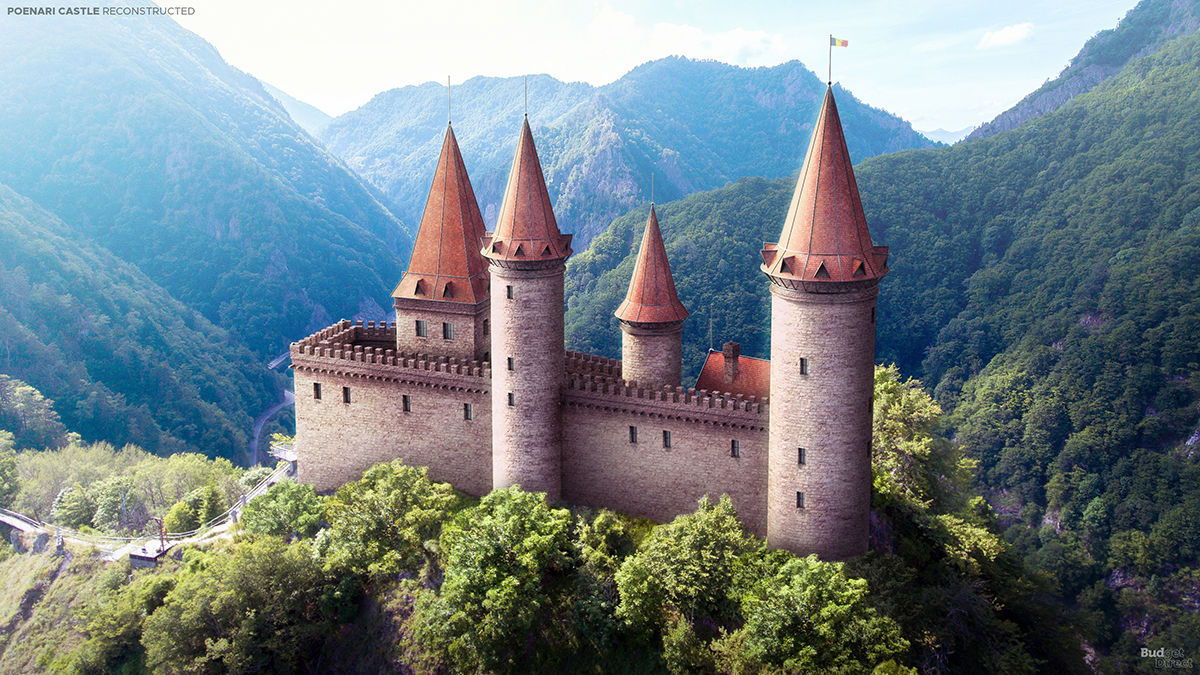 Source for the reconstruction courtesy of Budget Direct.