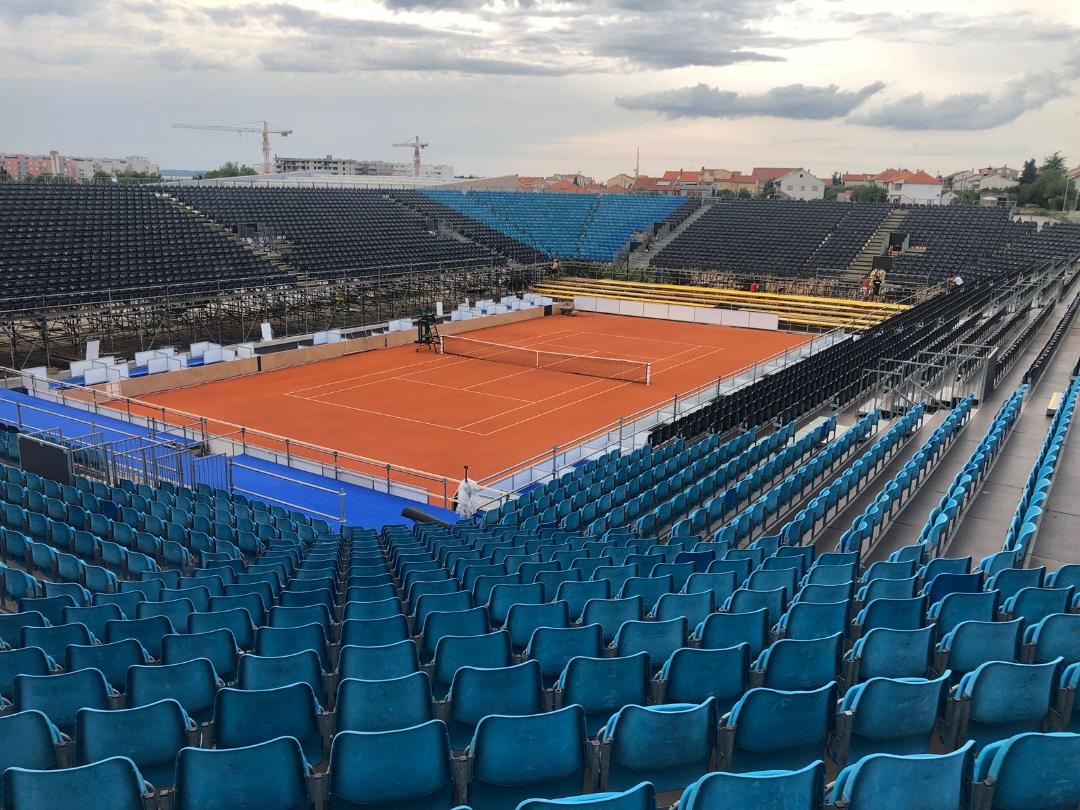 The venue for the semifinal in Zadar (Photo: HTS)

Croatia’s Davis Cup tennis coach Željko Krajan has announced his team for the semifinal against the USA on Tuesday.

Croatia will take on the USA in the semifinal in Zadar from 14-16 September 2018 and Krajan has named a full-strength five-man team.

Despite getting his thigh strapped during his fourth round match against Juan Martin del Potro at the US Open, Ćorić is fit and has been named in the team.

There is also a return for doubles expert and former world no.1 Pavić.

The semifinal will be the fifth time the two countries have met with Croatia currently leading 4-0 after wins in Zagreb, Carson, Poreč and Portland.

Tickets for the match have already gone on sale via ulaznice.hr.

Spain and France will play in the other semifinal.