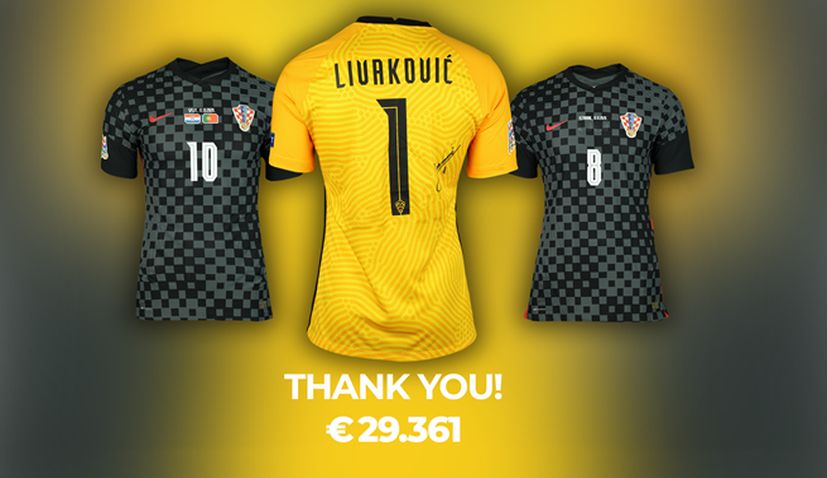 Last year, Croatia became the first national team in the world to donate all worn match shirts from a competitive match for an online charity auction.

Earlier this month, Croatia met Turkey and Portugal and they followed that same example by making the jerseys from the matches available on an online charity auction.

The auction finished a couple of days ago and the Croatian Football Federation announced that a total of 29,361 euros was raised from the sale of the shirts.

The starting bid price was set at 89 euros, including the cost of delivery anywhere in the world. The highest price was reached for the jerseys worn by Luka Modrić and Mate Kovačić in the match against Portugal in Split.

Modrić’s shirt sold for 2,900 euros, and Kovačić’s for 2,625 euros. Both were sold to China. Buyers from 27 countries took part in the auction.

All the proceeds went to the Vatreno Srce Foundation which was founded and run by Croatian national team members and management. The foundation has been helping children and young people for years, such as donations to the Clinic for Children’s Diseases and the Step into Life campaign.