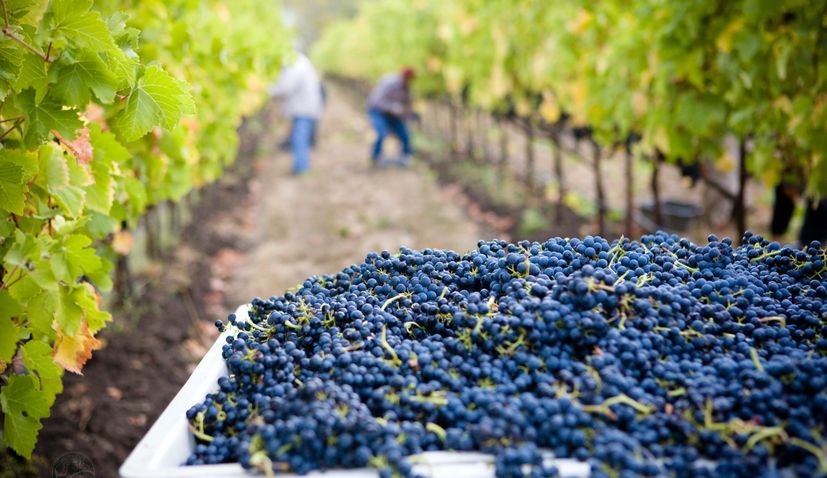 ZAGREB, 9 March (Hina) – A new strategy for sustainable development of agriculture in the European Union announces a drastic reduction in the use of pesticides, which will significantly affect a large number of farmers, especially winegrowers.

One of the key goals of the Farm to Fork Strategy, proposed by the European Commission in May 2020, is to cut by half the use of pesticides by 2030.

The implementation of this strategy could have important implications for crops that are largely or completely dependent on pesticides, and winegrowing could be especially affected, given that the activity is one of the largest consumers of pesticides.

The head of the Department of Viticulture and Enology at the Faculty of Agriculture in Zagreb, Darko Preiner, told Hina that “according to some information, despite the fact that vineyards in EU countries rarely exceed 10% of total agricultural land, over 70% of all fungicides are used on them”.

“Conventional viticulture relies heavily on pesticide use and viticulture in the EU, which is the world’s leading wine producer, is a major polluter, and the link between pesticides and diseases of people working in this industry has been proven,” Preiner said.

The reduction in pesticide use envisaged by the new EU strategy could therefore have a significant impact on Croatia’s wine-growing sector, and especially on the future of indigenous varieties. One of them is, for instance, pošip, an indigenous vine variety from the island of Korčula, from which pošip wine is made, the first Croatian white wine with protected designation of origin. Pošip received the label in 1967.

It is possible to produce this variety in a more sustainable, environment-friendly way, using less invasive agents, which some producers are doing, but some still use chemical pesticides. Thus, the reduction to the extent envisaged by the Farm to Fork Strategy — if no adequate alternative is found — could lead to a reduction in production.

However, given the long tradition of pesticide use in viticulture, the question arises as to what extent it is possible to reduce the use of pesticides in this activity, while satisfying both the environmental and the commercial aspect.

Preiner said that by combining several methods it is possible to reach a long-term sustainable solution.

Replacing classic pesticides with environment-friendly ones is one of the methods, but the problem is that latter are less efficient, and when it comes to copper-based agent, the problem is that it is a heavy metal that accumulates in the soil, Preiner said.

This method can thus be combined with the method of growing vines in positions less suitable for the development of the disease.

“This has always been an approach to growing vines, and it was only with readily available pesticides that vines began to be grown in unfavourable positions where large quantities of pesticides had to be used to keep diseases and pests at bay,” Preiner explained.

A possible solution is the development of resistant varieties, by traditional cultivation, without genetic engineering.

According to the data from the Viticulture Register of the Paying Agency for Agriculture, Fisheries and Rural Development, about 83,000 tonnes of grapes and 525,000 hectolitres of wine were produced in Croatia in 2019.

Together with fruit growing, viticulture participates in agriculture with about 2 to 3 percent, while agriculture itself accounts for about 3% of domestic GDP.

About 18,600 hectares of vineyards are currently registered in Croatia, and in the EU a total of 3.2 million hectares are covered in vineyards, with Spain, France and Italy, as the biggest producers in the EU, account for 74%. The vineyards in EU countries make up 45% of world’s vineyards.