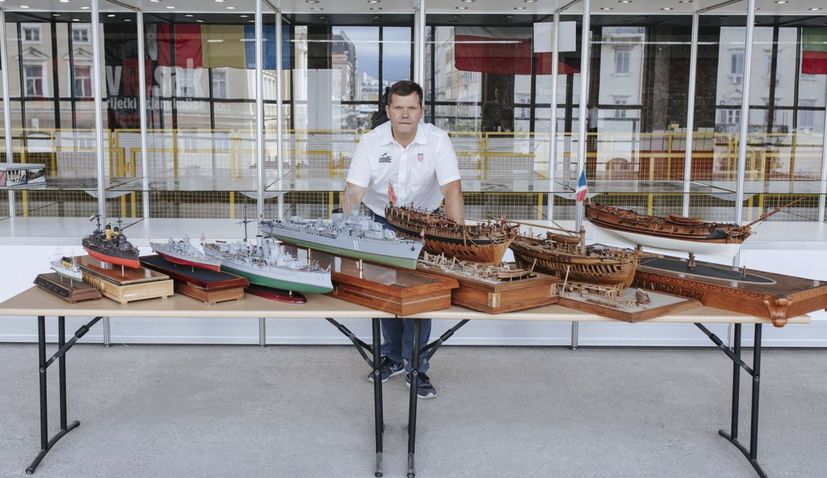 RIJEKA, 23 September 2021 – Croatia’s Roland Vlahović has dominated the World Ship-Modelling Competition 2021 which was held this past weekend in Rijeka.

Vlahović won 4 gold and 4 silver medals at the competition which ended on Sunday in the Croatian port city, Poduckun.net reported.

The competition was held according to the rules of NAVIGA in section C which has eight classes — C1 – models with oars and sailboats, C2 – models of motor boats, C3 – models of installations, parts of ships, port facilities, parts of ports, parts of shipyards and equipment, C4 – miniature models of ships class C1 to C3 in the ratio 1: 250 or less, C5 – ships in bottles, C6 – plastic models, C7 – cardboard and paper models, C8 – models from the assembly kit.

The award for the best model went to Serhii Yavorskyi from Ukraine with the model “Heavy cruiser Takao”.

The World Ship-Modelling Competition 2021 was organised by the Centre of Technical Culture Rijeka and the Croatian Association of Ship Modellers under the auspices of the President of the Republic of Croatia Zoran Milanović, with the support of the Ministry of Science and Education, Primorje-Gorski Kotar County and the City of Rijeka.