The Croatian National Tourist Board has launched a new autumn promotional campaign “Google – Croatia: Hearts & Crafts”, which will be implemented until the end of November on social networks with a special focus on the markets of Germany, Austria, France, Belgium and Spain, for whose residents culture is one of the main motives for coming to Croatia.

Given that Croatia is one of the countries with the largest number of intangible cultural heritage items on the UNESCO list, the focus of the campaign is the promotion of the rich Croatian tradition.

“Tourist trips motivated by the product of culture are becoming more frequent, especially in the pre- and post-season periods. That is why it is the right time to further highlight our rich cultural heritage and intangible heritage. Last year, together with Google, within the Arts & Culture platform, we launched a joint online project Croatia: Hearts & Crafts, where Croatian intangible heritage is promoted in an innovative and interesting way through 25 Croatian intangible traditions,”said the director of the Croatian Tourist Board Kristjan Staničić.

The online platform shows, for example, the making of Agave lace, the Sinjska alka knights’ tournament, the traditional donkey race from Tribunj, Nijemo Kolo from the Dalmatian hinterland, klapa singing, the art of preparing štrukli from Zagorje, and the folk song bećarac. 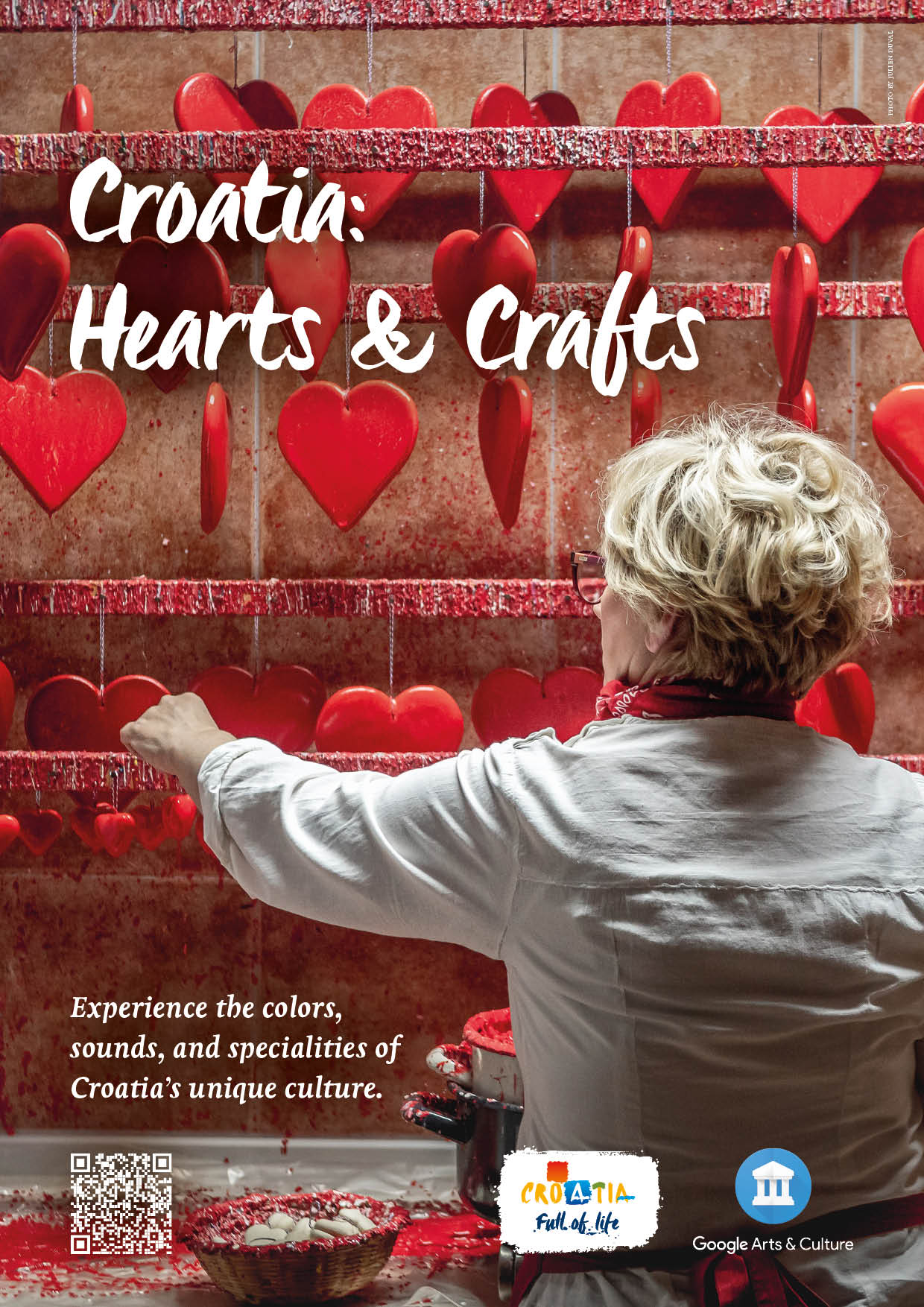 Google Arts & Culture is an online platform whose content consists of high-quality photos and videos of works of art and cultural artefacts of partner countries and cultural organisations from around the world.

The platform allows all visitors an online tour of collections and galleries, but also an overview of all interesting information on prominent topics. Intangible cultural heritage related to tradition or living expressions, this project of Google and the Croatian National Tourist Board is presented through four sections – through knowledge of crafts, folk songs and dances, festivities and food.

In addition to this, also on foreign markets currently the tourist board has implemented the campaign “FALLinLoveWithCroatia” with the aim of highlighting the autumn beauties and attractions of Croatian destinations and the campaign “Thank you for your trust” which aims to maintain visibility and promote Croatia as safe and well prepared destination, while on the local market, the campaign “Experience domestic. Explore rural Croatia!” is active.