Croatia had its highest ever medal tally at an Olympic Games in Rio after high jumper Blanka Vlašić secured bronze in the final Croatian appearance at the Games on Saturday to take the tally to 10 medals. The combined 10 medals this year takes Croatia’s haul past the previous best of 6 won at London in 2012. Croatia won 5 gold medals at Rio, 2 more than which the team won at the London Olympics.

Croatia’s performance was an impressive one for a nation of only 4.2 million people, leaving bigger nations like Canada, Greece, Argentina, Sweden, Poland and Turkey in their wake on the final medal table. When looking how Europe performed in Rio, Croatia finished 9th. 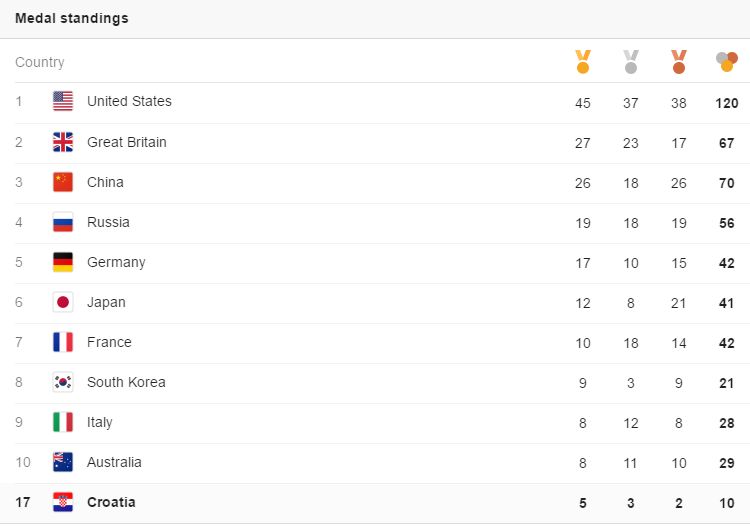 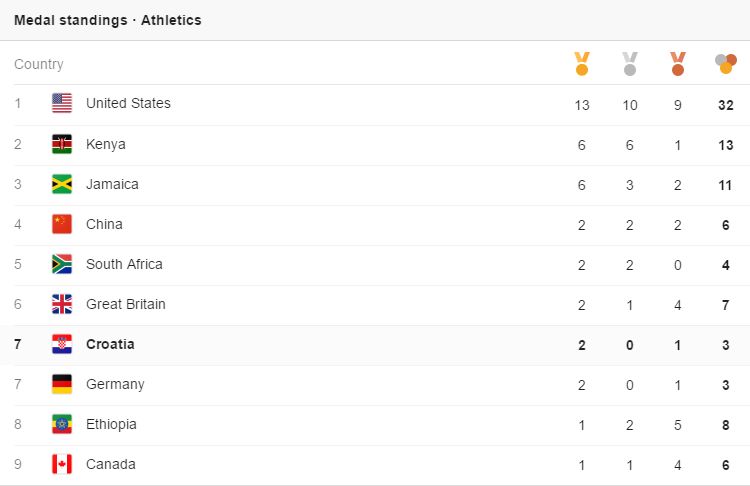 Croatia 7th in the world on athletics medal table