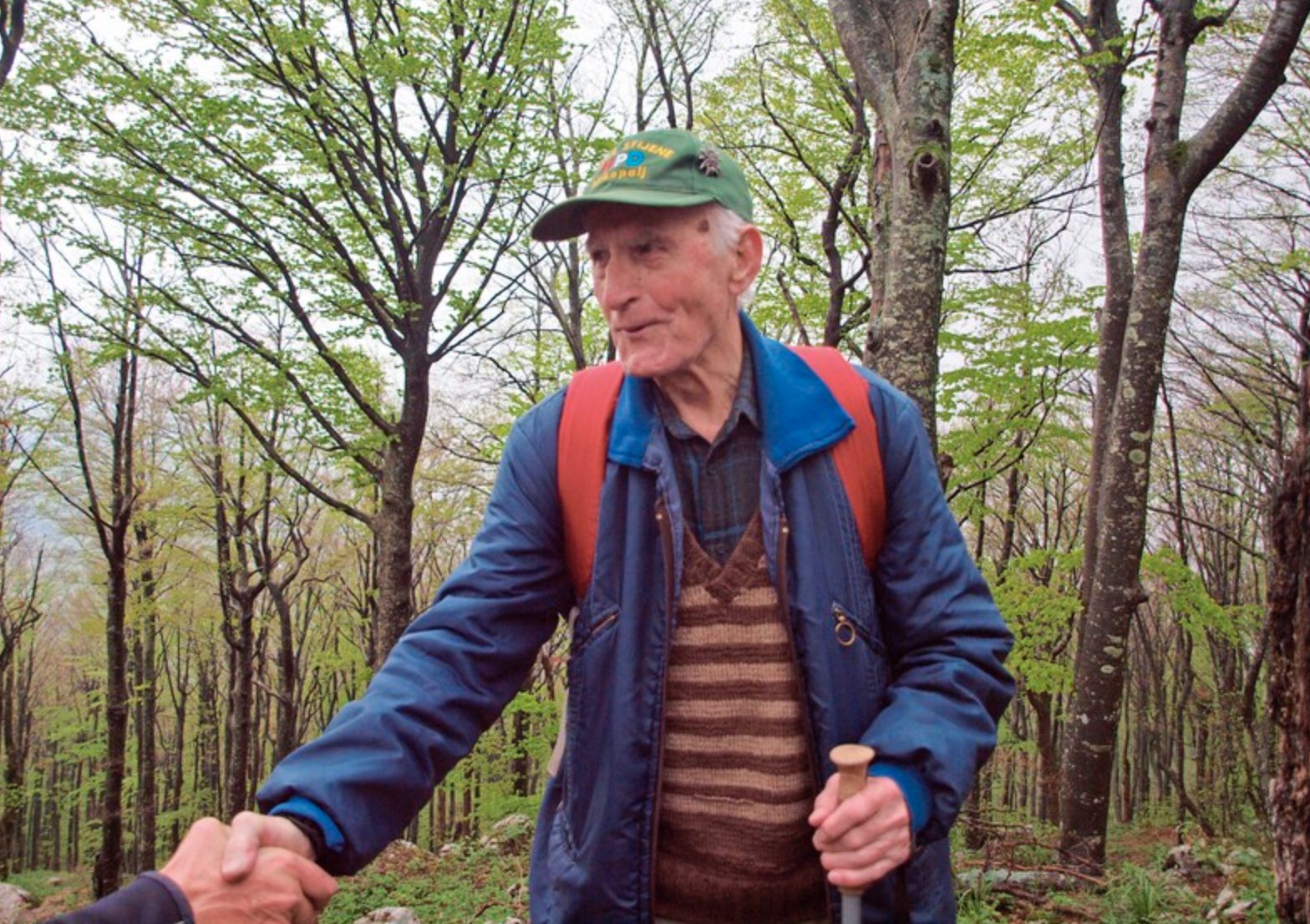 The Hrvatski planinarski savez  (Croatian Mountaineering Association) recently reported that the oldest mountaineer in Croatia had celebrated his 100th birthday.

A legend on the Croatian mountaineering scene, Branko Blažević turned 100 ten days ago.

Born on 25 September 1920 in Mrkopalj in Gorski Kotar, Branko grew up in a large family with six children. His father was a shoemaker by profession and went as an economic emigrant to Canada, from where he never returned.

Because of that, Branko finished only five grades of elementary school. He had to drop out of school and get a job as a sawmill worker to help his family financially. Yet he spent a happy childhood in a natural environment. At the age of only four, he stepped on skis made by his grandfather for the first time.

From his early days, he loved skiing and has been active in mountaineering continuously since 1936. In 1949 he was one of the initiators for the founding of the Mountaineering Association of Bijela Stijena and after registration, he was elected the first president of that association in 1950.

When the war came, he was mobilized in the Croatian Home Guard and was a soldier in the 3rd Mountain Association. In Sanski Most in 1943, he was captured by partisans. As a prisoner, he had to walk to Partizanska Drežnica near Ogulin. He then sided with anti-fascism and the National Liberation War and fought in partisan units in the Lika area until the end of the war. He acquired the rank of sergeant.

In 1950, he attended the mountaineering school in Velika Paklenica and became a mountaineering instructor. Branko has visited many mountains in Croatia and the former Yugoslavia, as well as the Carpathians in Romania and the Central Alps, the Croatian Mountaineering Association said.

At the same time, he was engaged in cross-country skiing in the Ski Section of PD Bijele Stijene and participated in numerous competitions. He was also a ski coach and raised many generations of skiers. At the 1956 Croatian People’s Championship in Skrad, he coached the White Rocks relay team which won the 4×10 km. 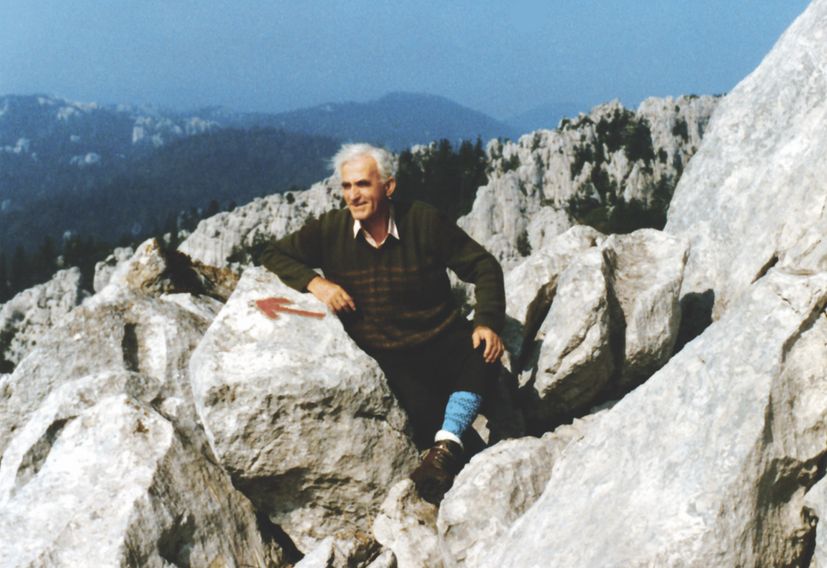 Branko opened an inn in his hometown and when the authorities did not allow him to do so, he had to leave his hometown for work. From the end of the 1960s until 1974, he worked as a motel manager in Podgarić and was the owner of inns in Kutina and Virovitica. After returning to Gorski Kotar, he was the manager of a hotel in Brod na Kupi, owned by the company Promet from Vrbovsko.

In those years he participated in the tracing of the Chapel Hiking Trail. He retired in 1983 and then resumed the work of today’s HPD Bijele Stijene, where he served as president, secretary and treasurer for many years.

On the Kapel Mountain Trail, he worked on the construction of shelters in Bjelolasica, Duliba, Vinište and Okruglica. He participated in the tracing of the Mrkopalj hiking trail in 1988. As a caretaker, in cooperation with the Mrkopalj Forestry, he maintained the Jančarica mountain hut. 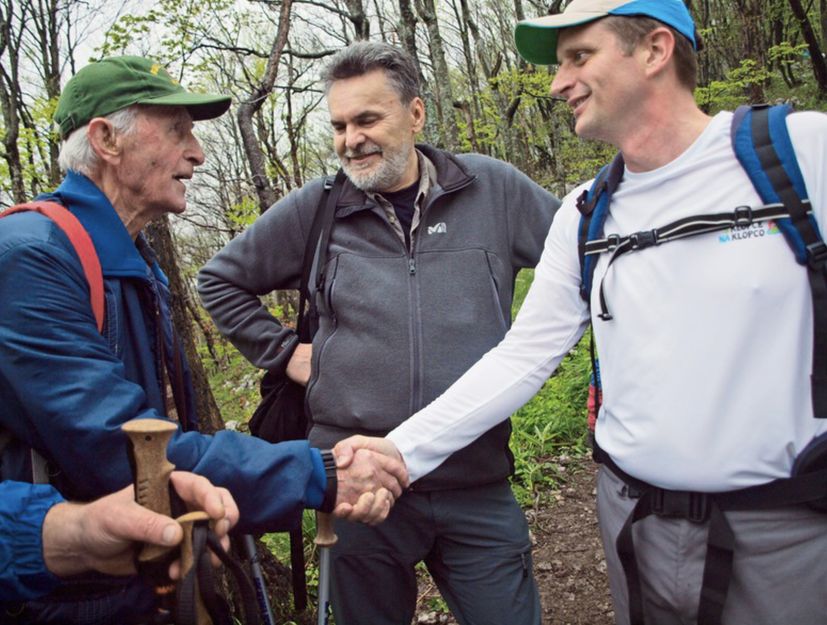 He helped Zagreb mountaineers build a shelter on Bjelolasica. As an extremely vital man, at the age of 76, he took part in the expedition to Mont Blanc and climbed to a height of 3600 m, and at the age of 80, he was at the top of Ankogel (3246 m) in the High Tours.

As a veteran, he regularly participated in ski competitions. He performed at the Peace Memorial in Mrkopalj until the age of 85. In 2014, he participated in a hike to Klek on the occasion of the 140th anniversary of Croatian mountaineering. During the Day of Croatian Mountaineers on Psunj in June 2016, he received recognition as the oldest participant in the event. For his long-term work and contribution, the Croatian Mountaineering Association awarded him the Golden Badge in 1996 and the Plaque in 2000.

He has been involved in music for almost his entire life. He played the accordion and guitar, and the double bass in the Mrkopalj Brass Band. Jovial by nature, he was always surrounded by friends and good company. 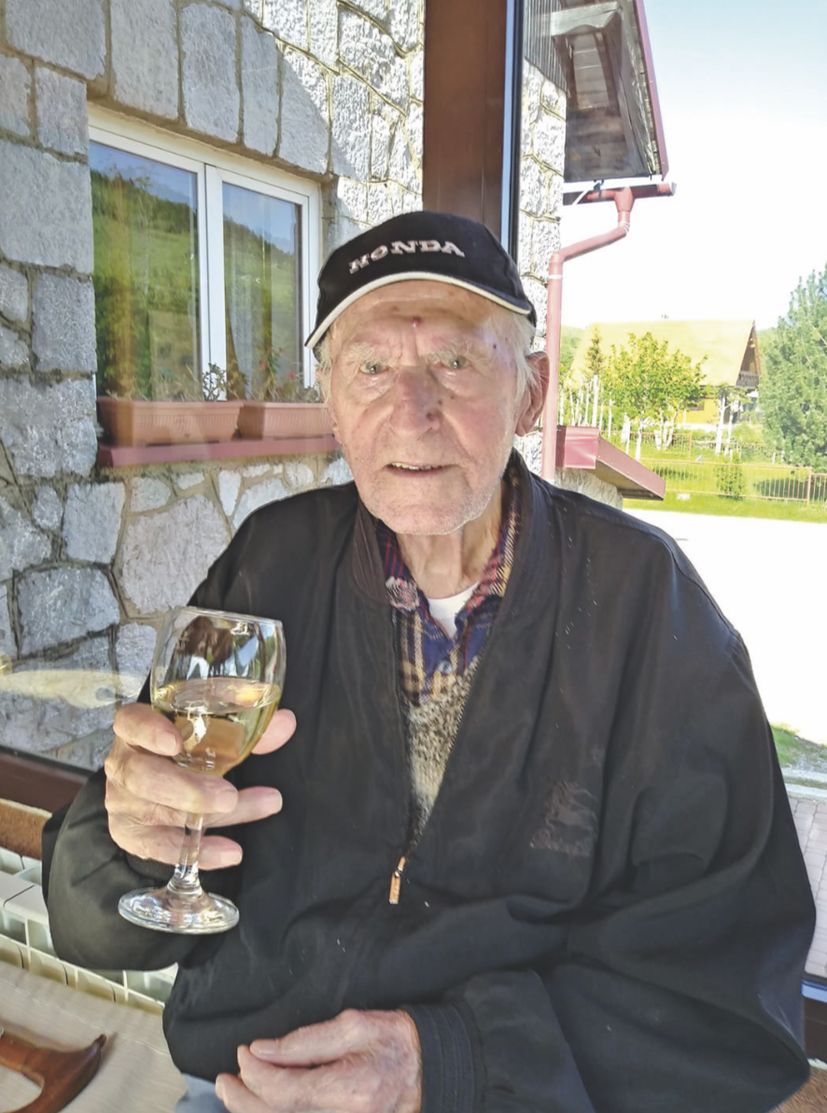 “It certainly helped him to live to such a high age and stay physically and mentally healthy. Together with his daughter Olga who helps him a lot in his daily activities and with his dear friends and mountaineers who visit him, he enjoys every new day,” Eduard Hemar wrote for the magazine Hrvatski planinar.