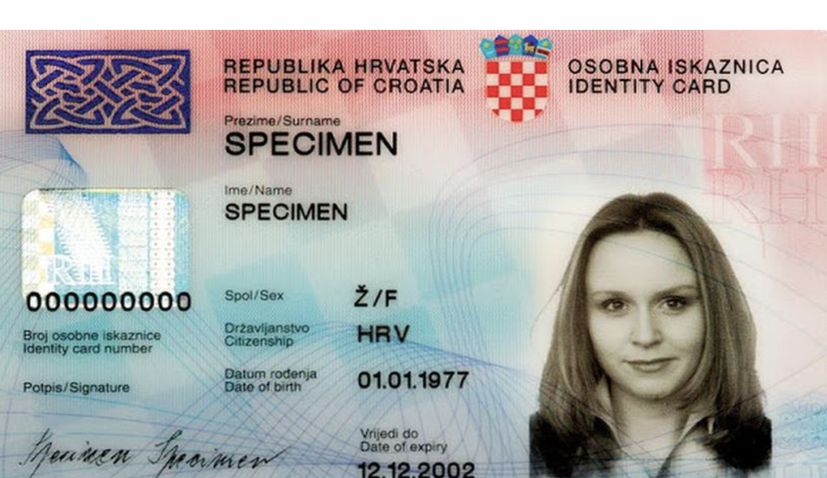 ZAGREB, Oct 29 (Hina) – The government has sent the final bill amending the Identity Card Act to parliament, and a novelty is that biometric identifiers in the form of a facial image and two fingerprints will be stored in the storage medium of the new ID cards.

The visual appearance of the identity card will also change — on the front, there will be a two-letter country code of the Republic of Croatia (RH), printed in negative in a blue rectangle and encircled by 12 yellow stars, Interior Minister Davor Bozinovic said.

The bill ensures that the new ID cards are in line with the European Parliament’s regulation on strengthening the security of identity cards of EU citizens and residency documents issued to EU citizens and their family members, he said.

In line with the regulation, the age required for issuing an identity card with a longer validity has been raised from 65 to 70, and identity cards without a validity period which does not meet the minimum security standards will no longer be valid.

Technical prerequisites are also being created for the use of electronic functionalities of the ID card on mobile phones and tablets and not just computers.