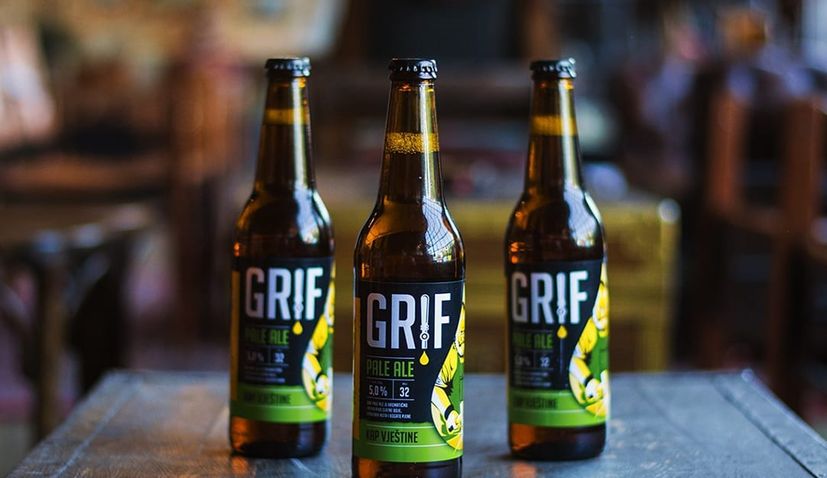 Grif Pale Ale won the title of the world’s best pale golden ale at the awards which featured more than 2,200 beers this year from over 50 countries. Winners in a number of categories were decided by the judges using the ‘blind tasting’ method.

K Pivovari points out that the World Beer Awards recognition is of great importance.

“We are very proud of this award, especially because it is a prestigious competition where the competition was strong. I want to thank all my colleagues and master brewers who worked diligently and continuously on our GR! F”, said Leon Šarić, director of the company K Pivovari, Jutarnji list writes.

Behind this recognition is the entire team of the Zagreb-based K Pivovari, and before the launch of the beer, they did extensive research of the liquid and several tastings to make sure that Grif Pale Ale is of perfect taste and quality.

”Grif Pale Ale is a drinkable and refreshing beer, golden yellow in colour with firm foam and pleasant hop aromas. The key ingredient, which gives a special character to this beer, is Citra, hops with strong citrus notes and aromas of tropical fruits and grapefruit. The success of Grif is the result of the knowledge and work of the entire team, and the top quality was recognised by our consumers,” added master brewer Mirko Banić Ištuk.

This year’s World Beer Award competition was held online via an online app from Europe, Asia, Canada, and South America, and beer connoisseurs announced the winners in nine categories.

You can see the winners on the official site here.