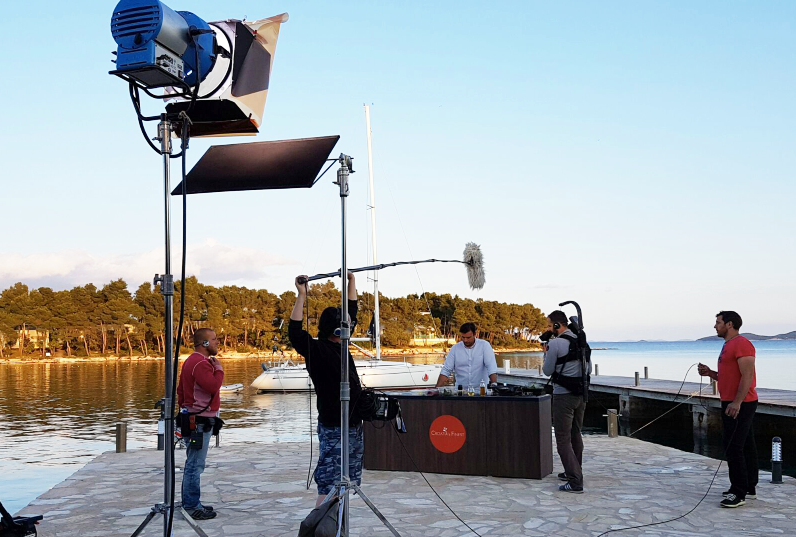 Earlier we reported that ‘Croatia’s Finest’, a show in which UK MasterChef Dhruv Baker presents culinary, cultural, historical and general tourist attractions around Croatia, was to be broadcast to a potential audience of over half a billion people in 90 countries on the National Geographic Channel in Asia.

Since the start of October Croatia’s Finest has been shown in China, Japan, India, Malaysia, Saudi Arabia, South Korea, Bahrain, UAE and parts of Africa and is among the Most Viewed shows on the channel. Baker discovers the very best of Croatian cuisine in different parts of Croatia in eight episodes which will run on the channel over the next three years. Starting with the Capital city, Zagreb, through Istria, Zadar and Opatija all along to the beautiful island of Brač. Every episode highlight is when Dhruv cooks outdoors on the most spectacular scenery like the Roman amphitheater in Pula or the most beautiful beach in Croatia, Zlatni Rat on Brač. Places no one else cooked before.