Brijuni National Park made history on Thursday as the world’s newest Blue Park. Marine Conservation Institute has honored Brijuni with a gold level Blue Park Award for achieving the highest science-based standards for marine life protection and management. Brijuni National Park joins a growing network of 21 Blue Parks around the world designed to protect and regenerate the ocean’s biodiversity.

Brijuni National Park’s general manager Marno Milotic said, “It is a great honor to receive the Blue Parks Award that puts MPAs [marine protected areas] in the ‘spotlight’, recognizes their achievements ‘on the ground’ and encourages them to become even more effective in ocean conservation. This award goes to our staff, communities, partners and stakeholders that make the positive changes possible.”

Brijuni National Park, located in the northern Adriatic Sea along Croatia’s Istrian coast, covers 26.5 km2 of marine area around 14 uninhabited islands. When the park was designated in 1983, the Croatian government established the Public Institution Brijuni National Park, dedicated to the management of the national park. Long-recognized as a special place for biodiversity conservation, Brijuni is also part of the EU network of ecologically important sites Natura 2000. Brijuni National Park protects significant seagrass ecosystems, including one of the largest meadows of Neptune grass, an endemic species, on the west coast of the Istria region. The seagrass meadows support high levels of marine life diversity by providing feeding, refuge, and nursery habitats for many species of fish and invertebrates. IUCN Red-listed migratory species, including loggerhead turtles and bottlenose dolphin, and many birds frequent the area and use its abundant resources. Seagrass meadows can buffer ocean acidification and sequester large amounts of carbon, thus contributing to climate resilience. 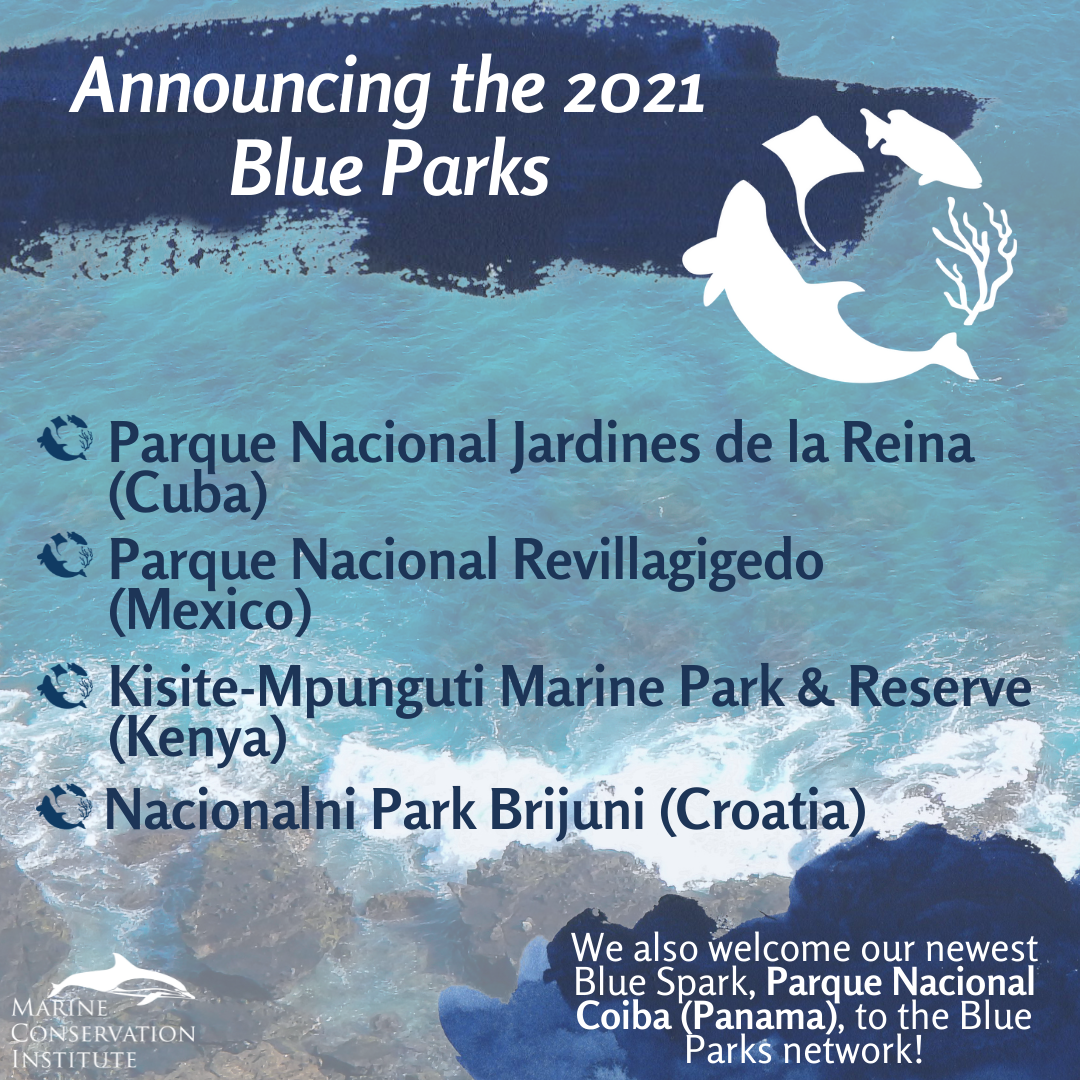 Dr. Lance Morgan, President of Marine Conservation Institute, said, “We are excited to see new Blue Park designations accelerating the protection of the most important places in our oceans. Brijuni National Park is a perfect example of an important and richly biodiverse place to protect, especially because it provides climate resilience and shelters a number of endangered species of turtles, marine mammals and important birds.”

Brijuni’s healthy ecosystems team with abundant marine life that is managed and monitored by a large, professional staff and their partners. The MPA’s sustainable finance strategy is particularly notable. As one of few MPAs that is financially independent, Brijuni collects significant revenue for conservation from visitor fees, tourist activities such as diving and kayaking, and visitor services like restaurants and hotels.

Dr. Sarah Hameed, Senior Scientist and Director of the Blue Parks Program said, “I look forward to working with the managers who care for Brijuni to share the story of this extraordinary new Blue Park. I hope it becomes a model for other MPAs around the world.” 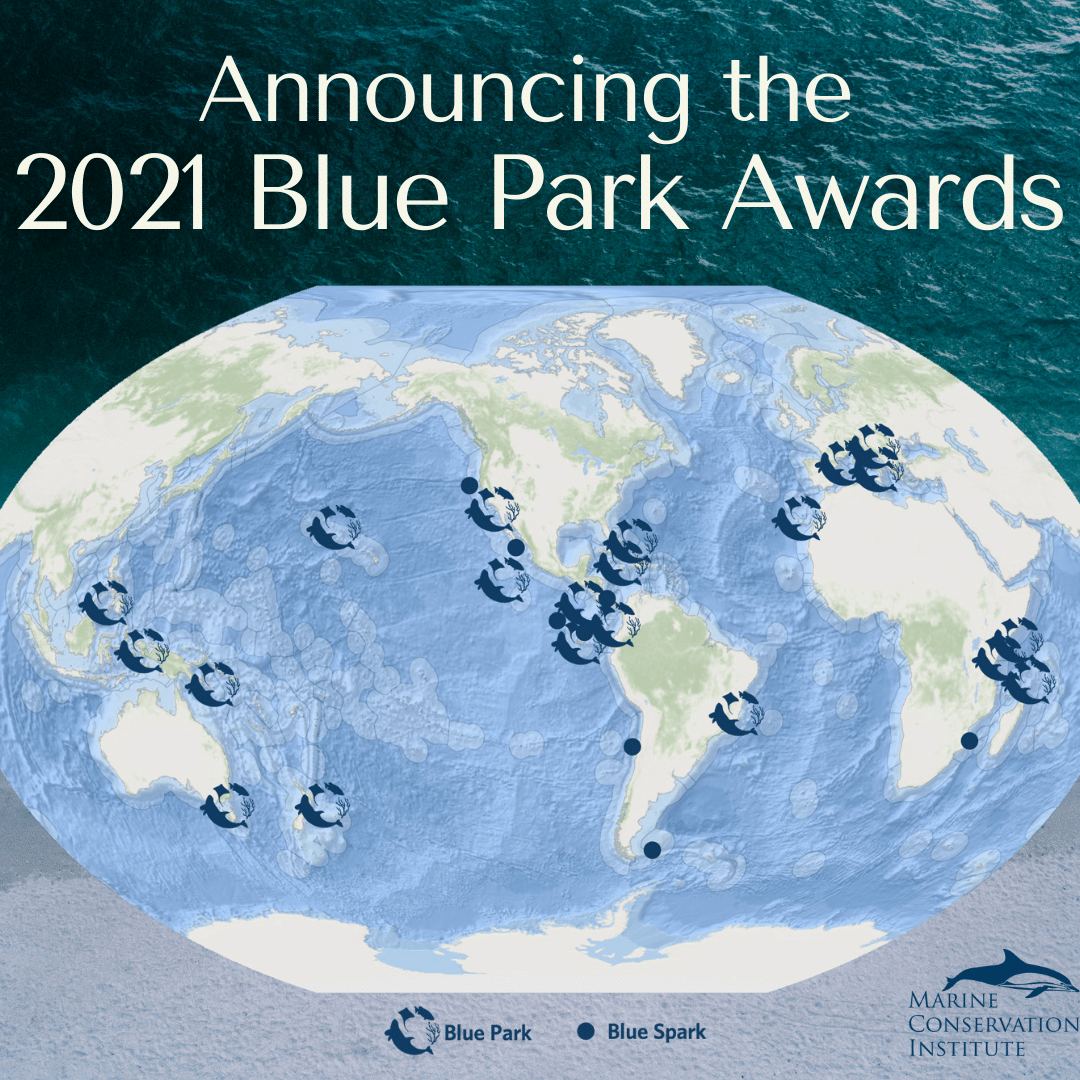 A total of 21 MPAs around the world now hold the prestigious Blue Park Award for meeting the highest science-based standards for marine life protection and management. The Blue Park Award recognizes outstanding efforts by nations, MPA managers, and local community members to effectively protect marine ecosystems now and into the future. The award elevates these exemplary protected areas and their vibrant marine life. It is also intended to motivate other nations to strive for strong and effective MPAs that conserve marine wildlife. Blue Park Awards support international progress towards the Convention on Biological Diversity Aichi Target 11, UN Sustainable Development Goal 14, and the longer-term goal of protecting 30% of the ocean by 2030.

Marine Conservation Institute, founded in 1996, works in the U.S. and globally to seek strong protection for at least 30% of the ocean by 2030—for us and future generations. Our focus on protecting the ocean’s most important places follows several lines of work: identifying and advocating for strong marine protected areas; improving laws and other tools to better conserve marine biodiversity; catalyzing effective conservation by recognizing and elevating the best marine protected areas as Blue Parks; and accurately reporting on global conservation efforts with our Marine Protection Atlas (MPAtlas.org).