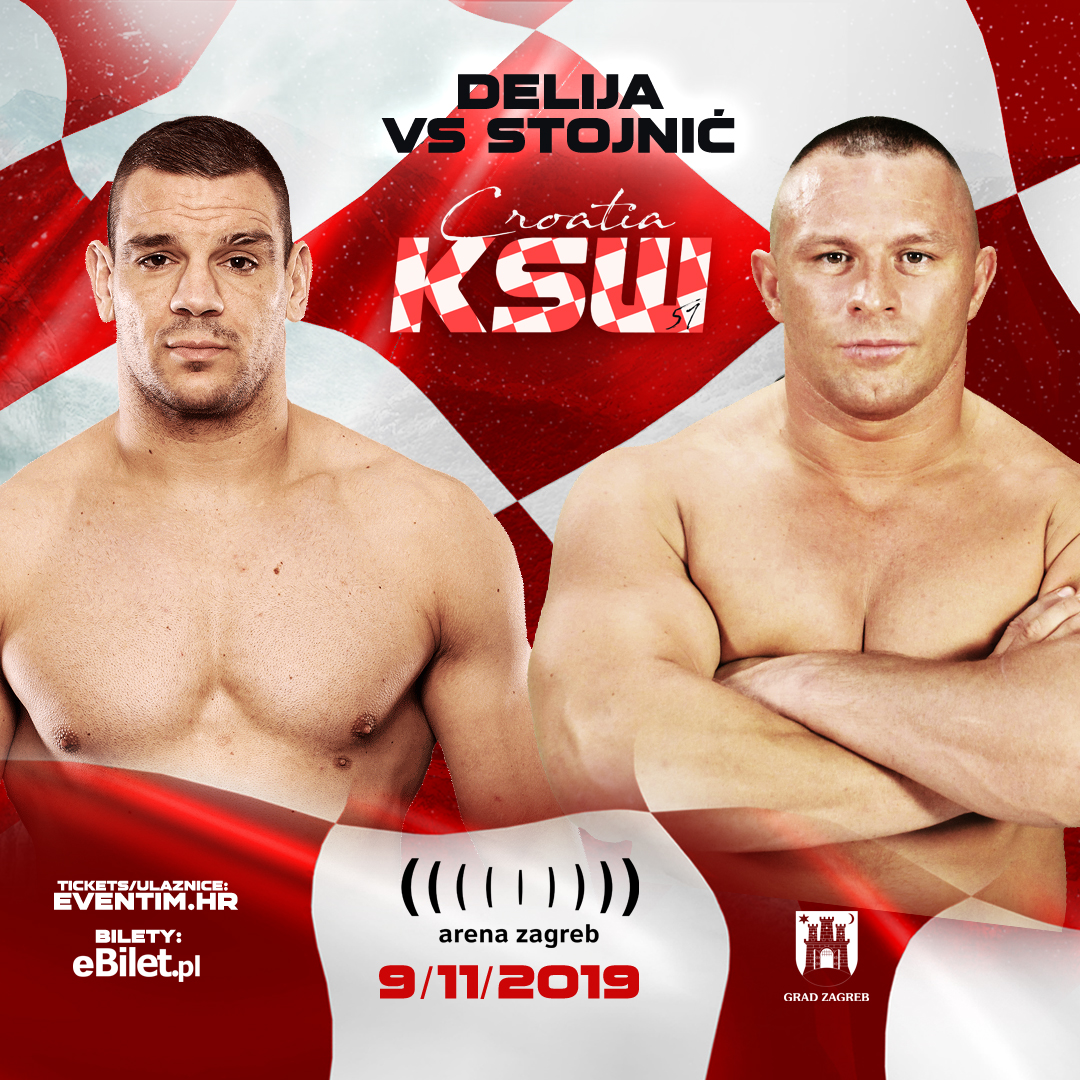 The 29-year-old comes into KSW with back to back wins in RIZIN & PFL and also has career victories over former UFC champion Ricco Rodriguez and Valentijn Overeem. A protégé of the legendary Mirko Cro Cop, Delija possesses a 75% finishing ratio and will be aiming to make a statement in front of his home nation with another finish at KSW 51.

However, he comes up against Bosnia’s Denis ‘The Menace’ Stojnić (13-3), a man who is undefeated in the past ten years. This Bosnian bruiser is a true heavyweight veteran with almost 15 years competing as a professional fighter under his belt. During this time, he has fought in the UFC, competed against Cain Velasquez & Stefan Struve, and holds wins over notable names such as Dion Staring, Ricco Rodriguez, Mighty Mo, and Christian M’Pumbu.

Many see this contest as one of the biggest heavyweight fights ever between Balkan fighters.

KSW 51 takes place November 9 from the Arena Zagreb in Zagreb, Croatia and will be headlined by a monster main event between five times world’s strongest man Mariusz Pudzianowski (12-7) and Bosnian bodybuilder & social media star Erko Jun (3-0). The event will also feature some of the best fighters from Croatia and all around the Balkans including Vaso Bakocevic, Antun Racic, Filip Pejic, Aleksandar Ilic, and many more.