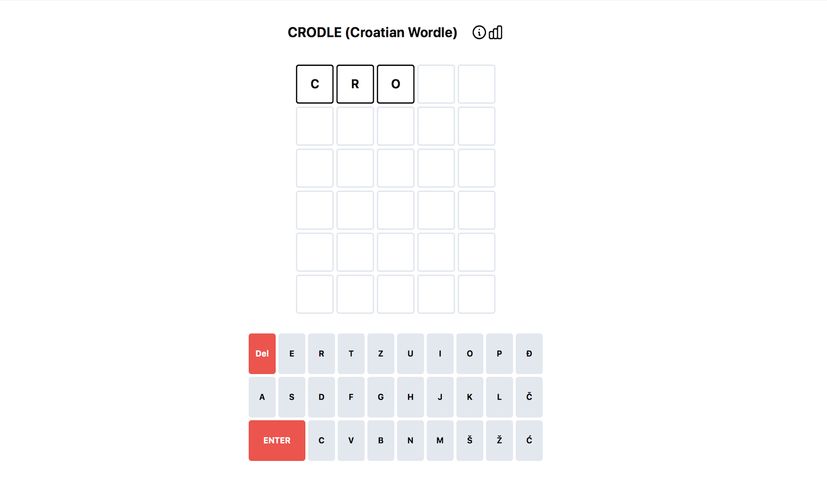 Created by a software engineer in New York, the word game Wordle has become popular in a short space of time and taken the Internet by storm.

In the game Wordle, players attempt to guess a five-letter word in six attempts; feedback, in the form of coloured tiles, is given for each guess, informing players which letters are in the correct position and which are in other positions of the answer word.

The mechanics of Wordle are similar to those in games such as Mastermind, though Wordle specifies exactly which letters in each guess are correct. There is a specific answer word for each day, which is the same for everyone.

Now a language school in Croatia has decided to create the Croatian version – as a tribute to the original and a fun way to play with the Croatian language.

“As we became addicted to the popular word game Wordle, we decided to build a Croatian version for our language students to practice with, and for everyone else to enjoy. Crodle is built with open source software,” the Školica Croatian Language School in Zagreb said.

Just like the original, Crodle is completely free and there’s a new word to guess every day.

“Apart from our fellow citizens here in Croatia, we already have enthusiastic Crodle players with Croatian origins living in Canada, Australia and New Zealand,” the school adds.